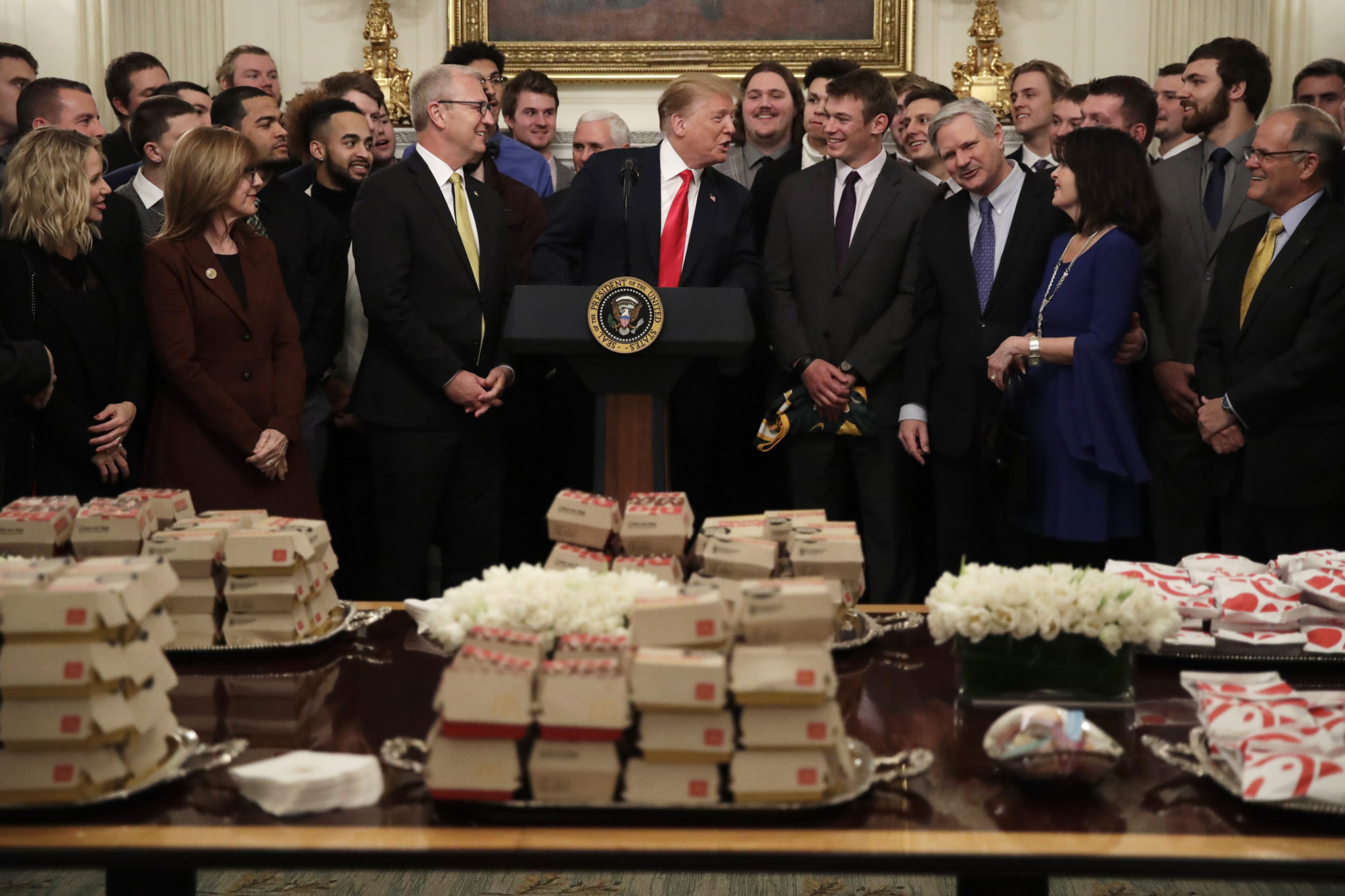 WASHINGTON — The smell of burgers and fries wafted through the State Dining Room as President Donald Trump celebrated the championship football players from North Dakota State on Monday with fast food, like he did when he honored the national champion Clemson Tigers.

Trump told the football team he could have had White House chefs prepare a meal, but “I know you people very well.”

The players laughed with the president while eyeing stacks of Big Macs and Chick-fil-A sandwiches on a long table in the center of the room. A side table was piled with bags of french fries, kept warm under a light.

Trump served a similar spread that included hundreds of hamburgers to Clemson’s players in January. He said he personally paid for that meal because much of the staff in the White House residence had been furloughed by a government shutdown.

The Bison, who have the most titles in the NCAA Football Championship Subdivision, ended the season on Jan. 5 with a 38-24 win over Eastern Washington University. Quarterback Easton Stick threw five touchdown passes, including two to Darrius Shepherd, who was named Most Outstanding Player with five catches and 125 yards.

It was the Bison’s seventh national title in eight years.

“When you play with passion and love … and relentlessly reach for excellence, nothing is impossible,” Trump said.