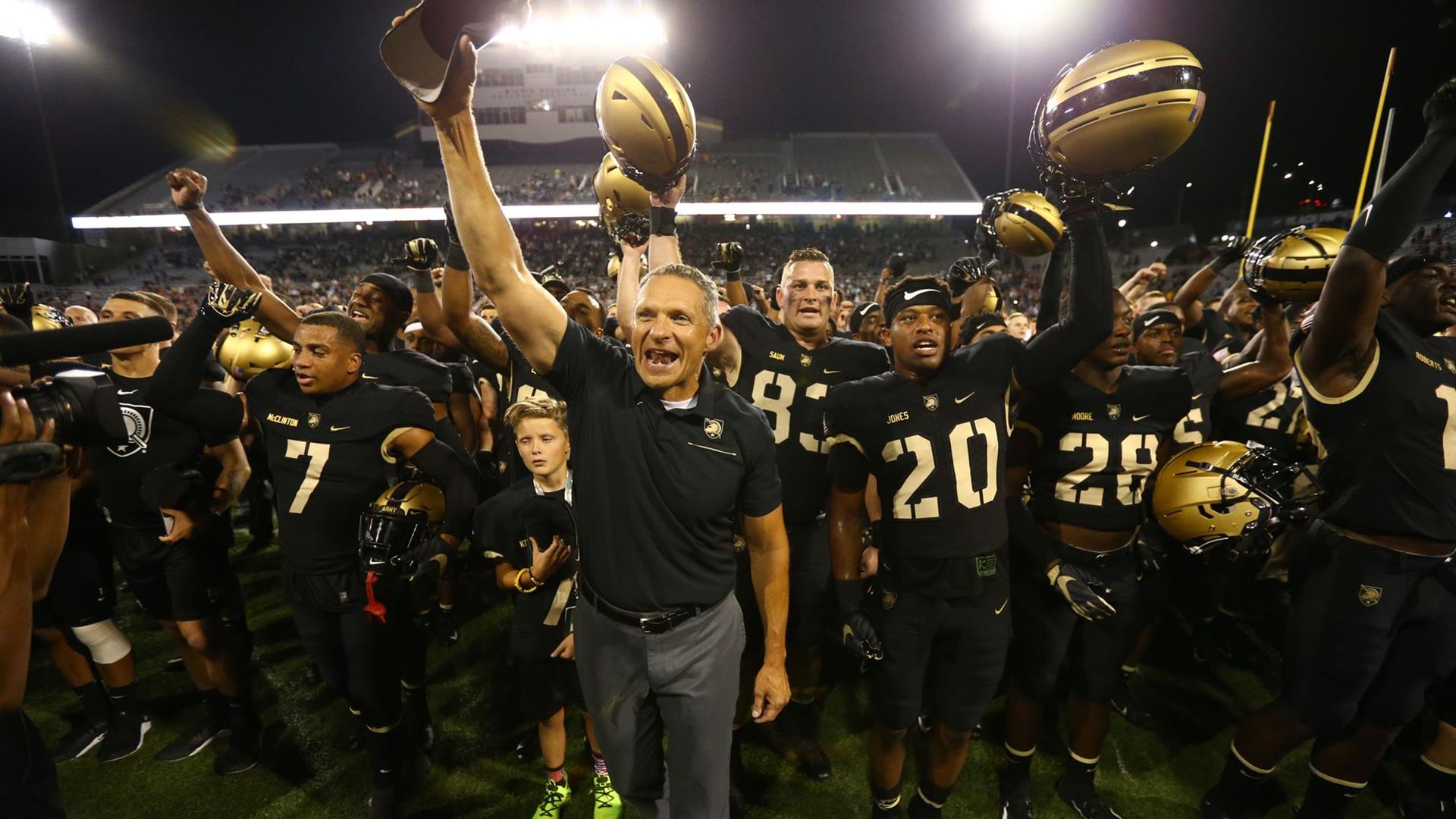 Senior quarterback Kelvin Hopkins, Jr., tossed a 17-yard touchdown pass to Kell Walker with 3:58 remaining in the game to lift Army over upset-minded Rice 14-7 on Friday evening before a crowd of 23,238 at Michie Stadium in West Point, New York.

It was Army tenth consecutive victory — the second longest active winning streak in the FBS — and its fourteenth straight win at home.  Only top-ranked Clemson has a longer current winning streak than the Black Knights.

Vastly-improved Rice, a team that struggled to win two games a year ago, made a last gasp effort to tie the game in the waning seconds, but Wiley Green’s sideline pass to the Army fifteen yard line was incomplete with 54 seconds remaining.

Army ran the ball 54 times in the defensive struggle, picking up 234 yards on the ground.  Hopkins, a dual-threat, rushed for 80 yards and a touchdown on 21 carries.


Running back Sandon McCoy, a junior from North Carolina, ran for 70 yards on 20 attempts for the Black Knights.

Rice’s lone touchdown came on a 54-yard run by Nahshon Ellerbe, seeing his first extensive action since 2017, with 6:30 remaining in the first half to knot the score at 7-7.  Ellerbe’s touchdown capped a four-play, 75-yard drive by the Owls.

Ellerbe finished the game with 103 yards on nine carries.  It was his second career 100-yard rushing game.

Army (1-0) puts its ten-game winning streak on the line next Saturday when it travels to Ann Arbor to take on heavily-favored Michigan.

Rice (0-1) will look for its first victory of the season when it hosts Wake Forest next Friday.