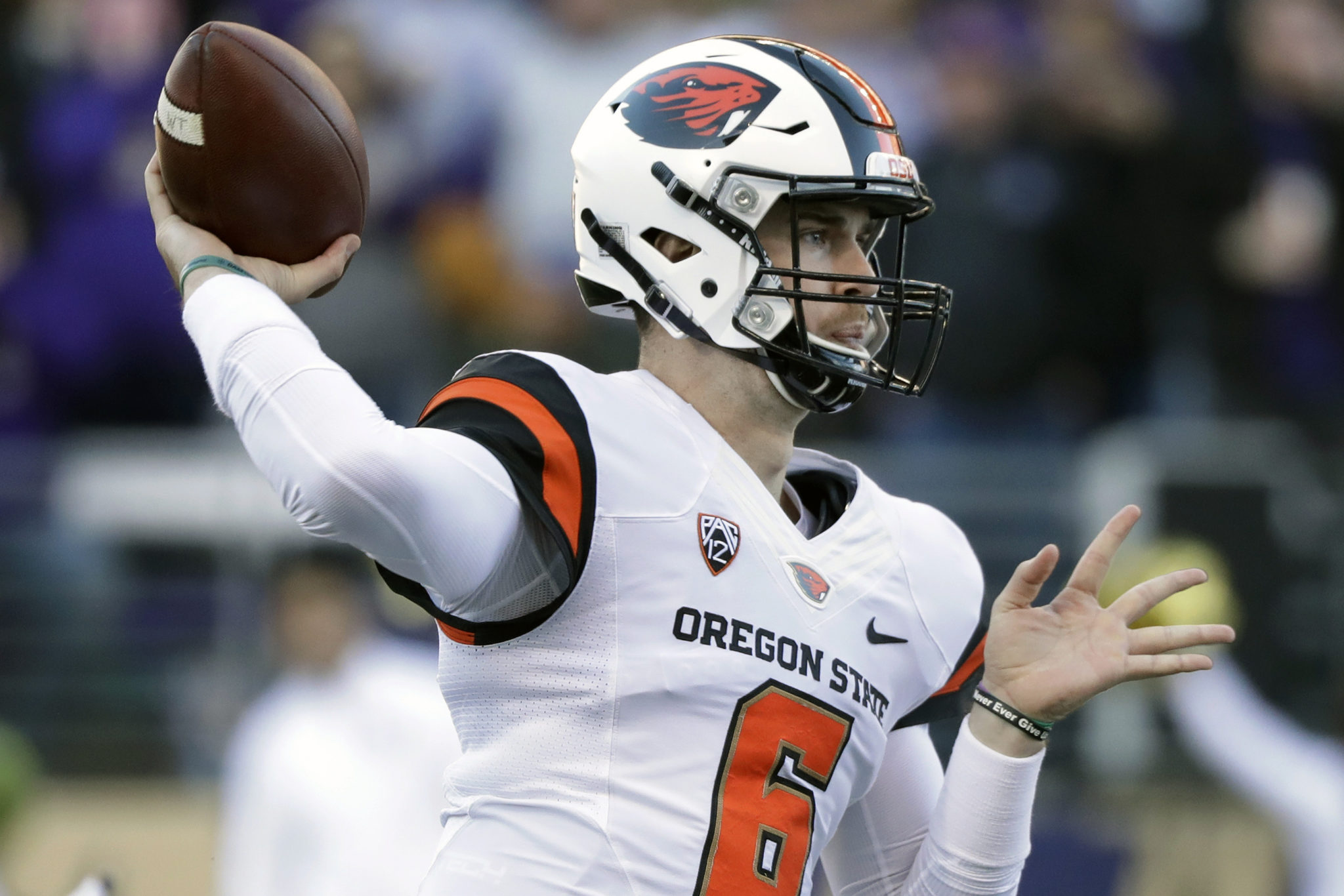 Gardner Minshew’s success was something of a pleasant surprise last season for Washington State. Now the Cougars will look to his backup, Anthony Gordon.

Washington State was one of several Pac-12 teams that went through a quarterback competition before the season. Washington was similarly tasked with replacing Jake Browning, while Oregon State’s Jake Luton was pushed in his sixth season of eligibility by Nebraska transfer Tristan Gebbia. And Arizona State will start a true freshman at QB for the first time.

Gordon spent the past few seasons behind Luke Falk and then Minshew in coach Mike Leach’s Air Raid system, waiting his turn. It came when Leach named him the starter for No. 23 Washington State’s opener at home Saturday night against New Mexico State.

Gordon beat out Gage Gubrud, a transfer from Eastern Washington who was granted a sixth year of eligibility after he was sidelined for part of his senior season with a toe injury.

Gubrud had beat Washington State in his first start with the Eagles in 2016, throwing for 474 yards and five touchdowns.


Leach told reporters that Gordon had started to separate himself earlier this year.

“He had a really good spring and then he really didn’t break stride from spring to fall camp. He was very steady in camp,” Leach said. “Steady, but also explosive.”

Gordon has big shoes to fill.

Minshew, a graduate transfer, emerged as the team’s starter during fall camp after a three-way competition with Gordon and Trey Tinsley. Minshew ended up as the Pac-12 offensive player of the year, throwing for 4,779 yards and 38 touchdowns for the Cougars (11-2) last season. He ended up as a sixth-round draft pick by the Jacksonville Jaguars.

A look at the Pac-12’s other quarterback competitions:

WASHINGTON: Similar to the rival Cougs, No. 13 Washington is also replacing a big-time QB.

Jacob Eason started for Georgia as a freshman but eventually lost the job to Jake Fromm. He transferred to Washington but had to sit out a season. After earning the job in camp, he’ll start on Saturday when the Huskies host Eastern Washington.

Jake Haener, who was in the mix, abruptly left the Huskies after Eason won the job. Washington coach Chris Petersen said Haener’s departure was a surprise, but it also clarified the competition,

“Things are a little bit more clear-cut, in terms of you’ve got a pecking order going forward. But like I said before, I think all those guys did a nice job. They were all good to each other in the room and supported each other. At the end of the day, the guy’s got to make a decision for himself, and he did it,” Petersen said.

Eason replaces Browning, who threw for 3,192 yards with 16 touchdowns last season, leading the Huskies to a 10-4 record and the Pac-12 championship. Browning now plays for the Minnesota Vikings.

OREGON STATE: Coach Jonathan Smith announced last week that Luton will start for the Beavers on Friday night when they host Oklahoma State.

Luton had been limited by injuries to just nine starts since he transferred to Oregon State in 2017 and was granted a sixth year of eligibility by the NCAA. During his first season in Corvallis, he missed eight games with a spine injury. He played in eight games with five starts last year but was hampered by a concussion and an ankle injury.

“I’m just trying to stay healthy and just trying to be consistent throughout the year. I’m not trying to light up any record books or anything like that,” the 6-foot-7 quarterback said. “I want to put the team in position to win games and make sure I’m on the field. If I can do those two things I think we’ll have a good year.”


ARIZONA STATE: Jayden Daniels will become the first true freshman to start for the Sun Devils when they open the season at home against Kent State on Thursday night.

Daniels takes over at QB after Manny Wilkins’ three-year reign at ASU. The 6-foot-3, 175-pound Daniels was one of the top dual-threat quarterback recruits and he practiced with the Sun Devils in spring football after graduating early.

His backup, Joey Yellen, is also a freshman.

THE RETURNEES: In the Pac-12 North, the returning quarterbacks include Oregon’s Justin Herbert and Stanford’s K.J. Costello. Chase Garbers, who started Cal’s final seven games last season, is back at starter for the Golden Bears. He was challenged in camp by transfer Devon Modster, but the job was widely seen as Garbers’ to lose.

In the Pac-12 South, Utah brings back Tyler Huntley, while USC quarterback JT Daniels will have a new system under offensive coordinator Graham Harrell. Arizona returns Khalil Tate but the Wildcats have already had a rough start with a 45-38 loss to Hawaii in an early opener last weekend. Steven Montez embarks on his senior season at Colorado.