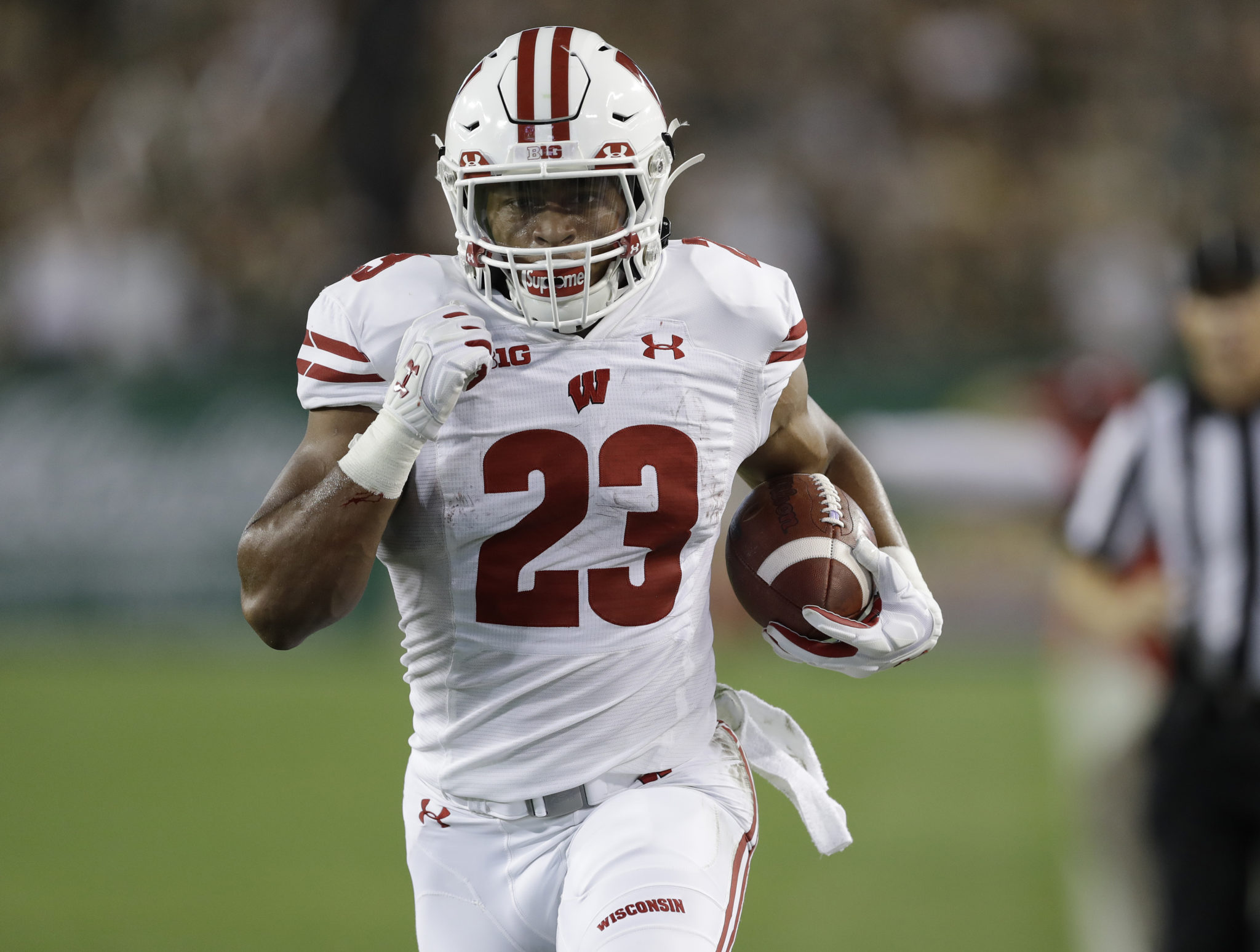 Jonathan Taylor is off and running.

Taking up where he left off a year ago, when he led the nation in rushing with 2,194 yards and 16 touchdowns, Taylor ran for 135 yards and accounted for four TDs to help No. 19 Wisconsin open the season with a 49-0 rout of South Florida on Friday night.

The junior scored on runs of 37 and 38 yards and also had the first two receiving TDs of his career as the Badgers strive to become a more balanced team on offense.

“You work all offseason like I did, and to have that receiving touchdown come to life, I’m really excited about that,” said Taylor, who scooted 36 yards up the left sideline after taking a quick flip from Jack Coan in the second quarter. “It motivates you to see that hard work pay off.”

Taylor’s second TD reception gave the Badgers a 28-0 lead just before halftime. He finished with two catches for 48 yards after having just eight for 60 yards last season.


“Jonathan was good in a lot of different ways. He was awfully patient on one run, and he had the little screen that he took,” Wisconsin coach Paul Chryst said. “You get him in space and he’s pretty good.”

The loss was the seventh straight for USF, which dropped the final six games of 2018 after starting 7-0 and climbing into the Top 25.

“A very disappointing, very embarrassing loss,” USF coach Charlie Strong said. “As a head coach, I thought I had them ready to play and I guess I didn’t. And we showed it.”

Blake Barnett completed 13 of 30 passes for 109 yards for the Bulls. He was intercepted twice.

“The team that played out there tonight is not the team that we are,” the quarterback said. “A lot of mental errors, lack of execution, lack of effort. It stems from everyone, that’s myself included.”

Taylor joined Melvin Gordon (2014) and Ron Dayne (1996, 1999) as the only Badgers to top 2,000 yards rushing in a season in 2018, and he looks like he’s primed for another big year after gaining 100-plus for the 23rd time in 28 career games. Coan carried his share of the load, too, rebounding from overthrowing a couple of open receivers deep in the first half to finish 19 of 26 for 199 yards without an interception.

The start of the game was delayed 55 minutes because of lightning.

Taylor rushed for 4,171 yards as a freshman and sophomore, most ever by a Football Bowl Subdivision player in the first two years of a career. With 135 Friday night, he moved within 694 of joining Dayne, Georgia’s Herschel Walker and Oregon’s LaMichael James as the only players to rush for over 5,000 through their junior season.

Realistically, minimal. The Badgers opened with a true road game for the first time since beating UNLV 41-21 in Las Vegas in 2010. And while Chryst welcomed what he anticipated would be a good test from USF, the Bulls were overmatched from the start.