First awarded in 1987, twenty-one of the previous thirty-two Walter Payton Award recipients, including fourteen of the last fifteen, have been quarterbacks. 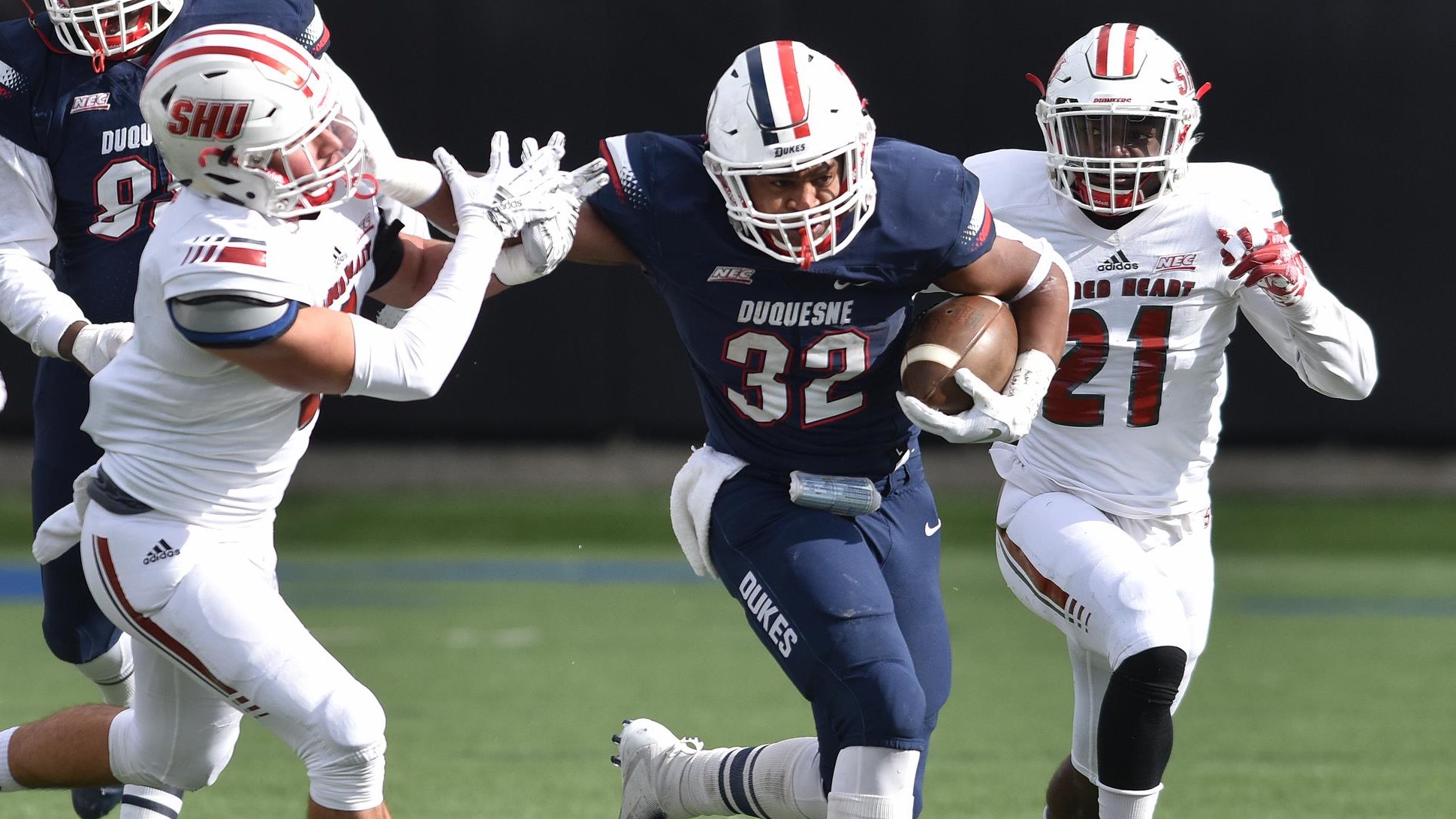 While a dozen or more other offensive players are probably deserving of mention, here’s an alphabetical look at The Fanatic’s ten leading contenders for the 2019-20 FCS Walter Payton Award.

Named after legendary running back Walter Payton of the Chicago Bears, the annual award is given to the most outstanding offensive player in the Football Championship Subdivision and is decided by a national panel consisting of more than 150 sports information and media relations directors, broadcasters, writers and other dignitaries. Voting is conducted prior to the FCS Playoffs and is based strictly on a player’s regular-season performance.

Long regarded as the Heisman Trophy of the Football Championship Subdivision, this year’s winner will be announced from among three finalists on January 10th, on the eve of the FCS national championship game in Frisco, Texas.


Former Samford quarterback Devlin Hodges, who threw for an FCS career record-setting 14,854 yards and 111 touchdowns during his four-year collegiate career, was the winner of last year’s award, beating out fellow finalists Easton Stick of North Dakota State and Chandler Burks of Kennesaw State.

First awarded in 1987, twenty-one of the previous thirty-two Walter Payton Award recipients, including fourteen of the last fifteen, have been quarterbacks.

Eastern Washington’s Eric Barriere, Towson’s Tom Flacco, Alcorn State’s prolific Noah Johnson, Jacksonville State signal caller Zerrick Cooper and explosive Jake Maier of UC Davis are probably the leading contenders among the nation’s FCS quarterbacks heading into the 2019 season, but if the honor goes to a non-quarterback this year — something that hasn’t happened since 2015 when wide receiver Cooper Kupp of Eastern Washington plucked the award from the traditional QB recipients — our money is on Duquesne’s dazzling running back A. J. Hines.

A double-threat, the redshirt junior set a school and FCS playoff record with a mind-boggling seven touchdown passes against Maine in a stunning 50-19 rout of the defensive-minded Black Bears in last year’s FCS semifinals.

The highly-touted Clemson transfer threw 32 touchdown passes during his inaugural season for the Gamecocks last season.

Johnson had 67 receptions for 1,332 yards and 17 touchdowns last season.

A Walter Payton Award finalist last year, Johnson is a genuine dual-threat who rushed for 1,080 yards and passed for 2,207 more in 2018.

One of the best quarterbacks in the nation, the redshirt senior tossed a jaw-dropping 34 touchdown passes while throwing for 3,391 yards for the high-scoring Aggies last year.

The All-America tailback led the Missouri Valley Football Conference in rushing yards last season, averaging 117.3 yards per game and 6.3 yards per carry, and rushed for 184 yards on 22 carries while scoring two touchdowns in a stunning 35-19 victory over FBS foe Colorado State while finishing the year with a career-high 256 yards and a pair of touchdowns against Youngstown State in the season finale.