ACC experiencing the highs and lows of high-profile transfers 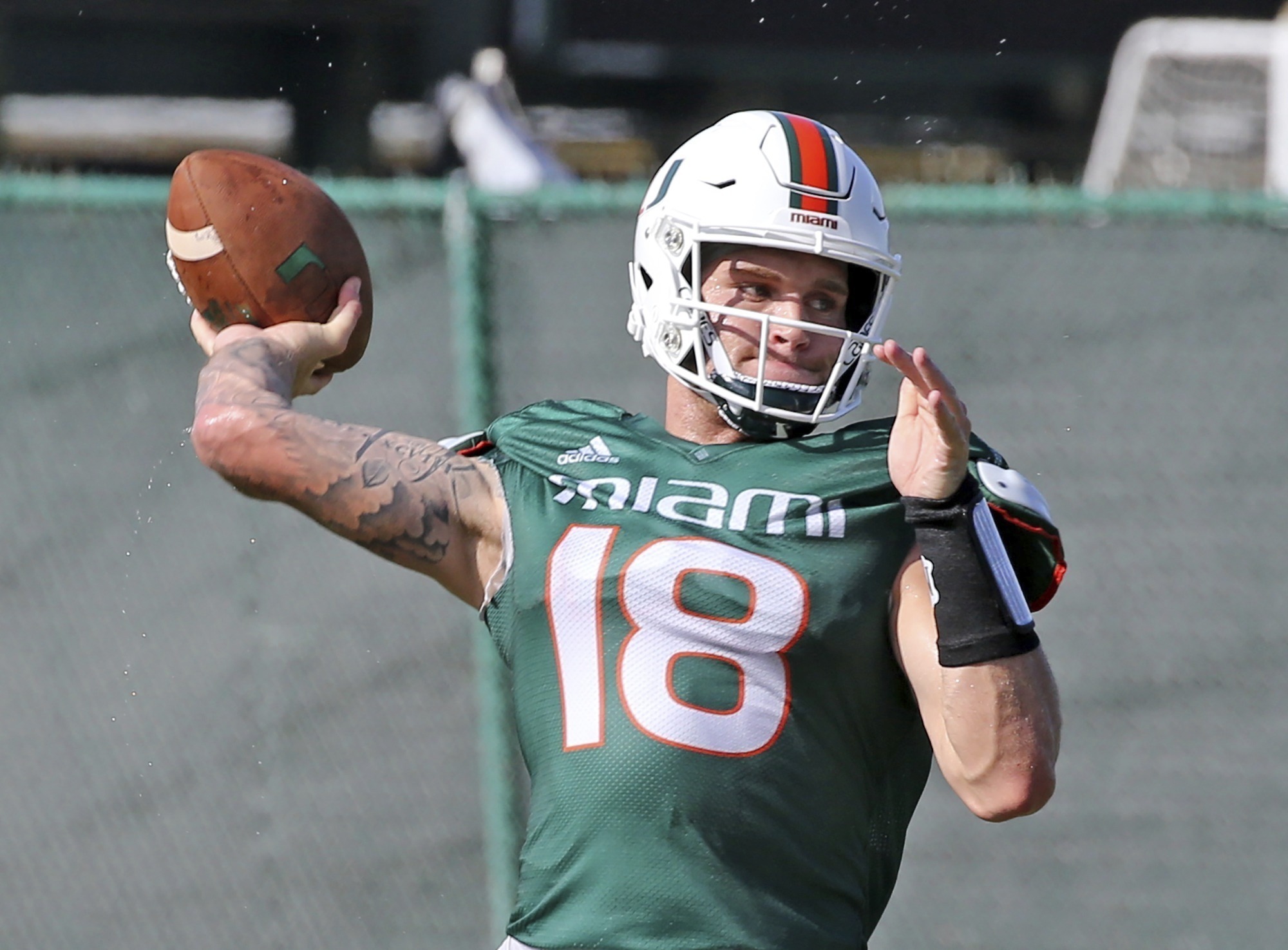 RALEIGH, N.C. — The Atlantic Coast Conference’s Coastal Division could serve as a case study for the extremes of college football’s transfer spectrum.

At one end is Miami, where the NCAA allowed quarterback Tate Martell to play immediately after coming in from Ohio State. At the other is Virginia Tech, where an outpouring of outrage came after Coastal Carolina transfer Brock Hoffman was denied in his request to play this year.

“In my estimation, he went about this thing the right way,” Virginia Tech coach Justin Fuente said, “and was punished because of it.”

Transfers — whether they actually play this year or not — have emerged as a dominant off-field storyline around the ACC and beyond.


The opening-week depth charts for the ACC’s 14 schools listed 21 players who came from other Division I programs. And according to the transfer tracker at 247sports.com, league schools had a combined 108 players transfer out before this season while 51 came in.

The vast majority of those on the two-deeps were graduate transfers who came through the NCAA’s transfer portal without much issue. A few underclassmen received waivers from the NCAA to play right away. Others must spend a season on the sideline after the governing body denied their requests.

Boston College coach Steve Addazio says the number of transfers wanting to play immediately has “gotten out of whack” and says he supports the American Football Coaches Association’s proposal for undergraduate transfers to sit out a year, then regain that year of eligibility if they graduate from their new school.

“You can’t have free agency in college football,” Addazio said. “You have an elite player and one of these schools comes in and poaches them,” he added. “You can’t do that. That’s just ridiculous.”


It’s become common practice in recent years for schools to mine the pool of graduate transfers to plug specific holes on their rosters. First-year Louisville coach Scott Satterfield added six of them to help with the massive attrition during the coaching change.

“We’re looking for the best players that fit what we need,” Pittsburgh coach Pat Narduzzi said.

The hotter topic has been undergraduates seeking waivers to play right away for their new schools.

The governing body issued a directive last year that helped clear the way for immediate eligibility for all approved requests. In June, it approved a series of adjustments to the guidelines used to determine when those waivers can be granted, requiring schools requesting a waiver to provide more documentation to support their argument and more detailed verification of athletes’ claims about why they are leaving.

Brandy Hataway, NCAA director of academic and membership affairs, said the changes weren’t designed to make it easier or harder to obtain a waiver, but to “streamline the process a little bit better” and better educate and inform schools, players and parents.


“The changes weren’t really as dramatic as I think folks may have thought they were, or some people alluded to in some of their reporting,” Hataway said. “It was really a part of the normal process of reviewing them.”

Among the highest-profile of this year’s instant transfers was Martell, who left Ohio State after the Buckeyes picked up Georgia transfer Justin Fields. He received his waiver to play right away in March.

A flurry of other decisions from the NCAA came on a single day last week. North Carolina defensive back Cam’Ron Kelly, who enrolled at Auburn in January only to transfer out two months later, was cleared.

“It was hard last week, because if you give him a bunch of reps and then he’s not able to go, you feel like you kind of cheated your defense a little bit,” defensive coordinator Jay Bateman said. “I think now he’ll be ready to go.”

Georgia Tech received the OK for Michigan transfer Myles Sims to play this season, but the request for Florida transfer Antonneous Clayton was rejected. New coach Geoff Collins simultaneously praised the decision on Sims but “vehemently” disagrees with the ruling on Clayton, adding that it “does not have the best interests of the student-athlete in mind.”

And then there was the final rejection for Hoffman.

He transferred to Virginia Tech in the offseason, saying the move was made to be closer to his mother, who two years ago had surgery to remove a non-cancerous brain tumor. His hometown of Statesville, North Carolina, is roughly a 2-hour drive from Blacksburg — about 1½ hours by car closer than Coastal Carolina’s campus in Conway, South Carolina.


That decision sparked widespread outcry, with Hoffman’s father posting a letterto the NCAA’s waiver committee and President Mark Emmert blasting the decision. He called it “truly a hardship and a disservice to the athletes and institutions you claim to support” and threatened to seek legal counsel.

The NCAA does not comment on individual cases, Hataway said.

“I think this kind of falls into maybe a misperception that we get frequently that there’s inconsistency in cases,” Hataway said, speaking in general terms. “Some cases are being approved, some cases are being denied. . A lot of the cases that are getting a lot of attention publicly and maybe in the media fall into different (classifications).”