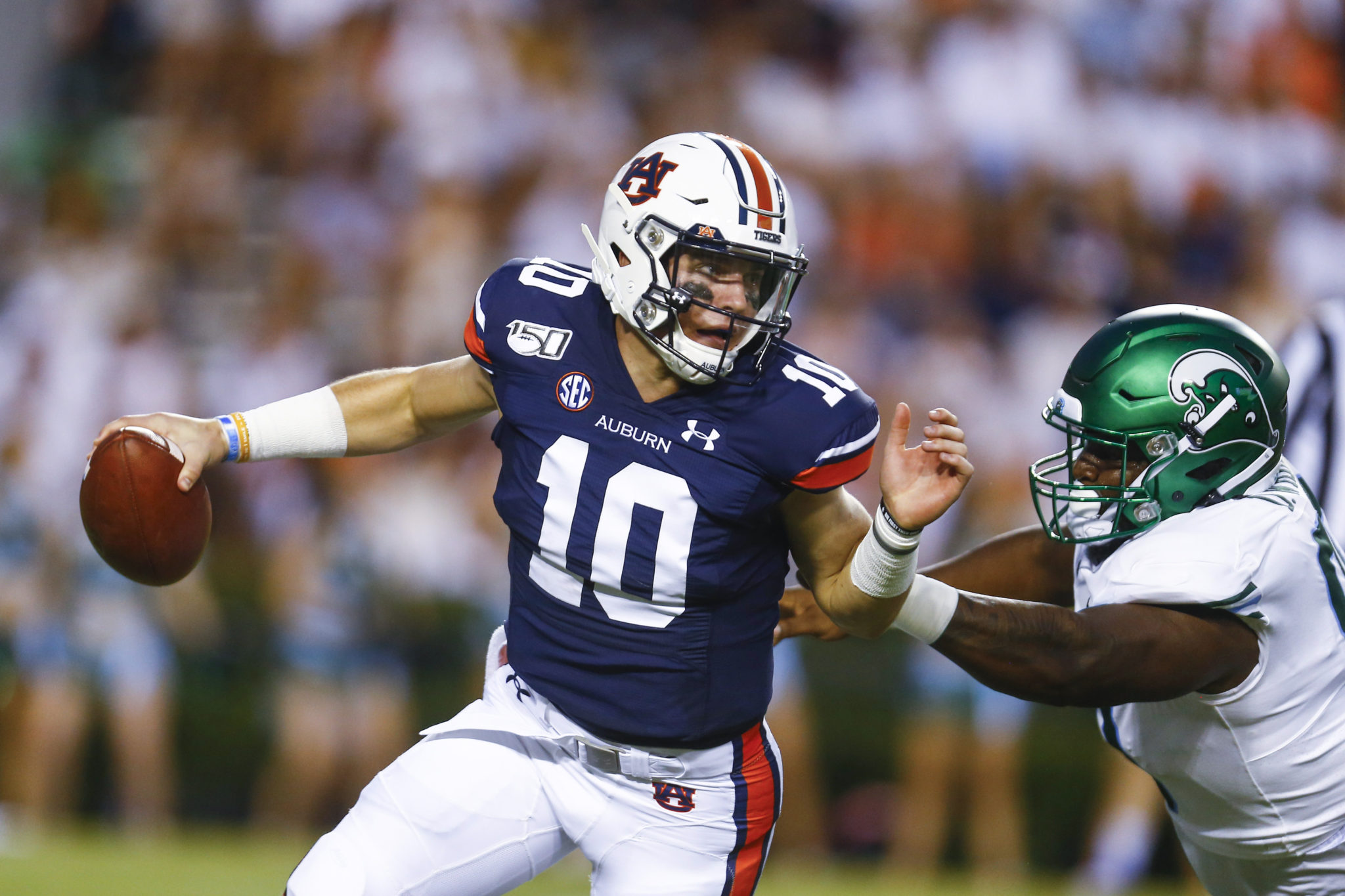 AUBURN, Ala. — Bo Nix threw for 207 yards and a touchdown, No. 10 Auburn ran for 172 yards after amassing just 20 in the first half and the Tigers’ defense dominated in a 24-6 victory over Tulane on Saturday night.

With a broken game clock already making for a slow and low-energy start to the game, the teams combined for 86 yards of offense across the first nine drives, with Tulane kicking a field goal on its opening series and Auburn (2-0) losing a fumble on its second.

After Tulane’s first scoring drive, Auburn’s defense locked down the Green Wave (1-1), allowing minus-3 yards over the next four possessions.


Making his first home start after leading the Tigers to a last-second victory over Oregon last week in Texas, Nix found Will Hastings for a 31-yard touchdown pass two minutes into the second quarter to give Auburn the lead. The Tigers scored on back-to-back drives, with Nix’s 40-yard completion to Seth Williams setting them up for a 4-yard touchdown run by Eli Stove.

Nix was 19 for 37, tying the fifth-most passing attempts in a game by a freshman quarterback in program history.

After Auburn’s running backs combined for 42 rushing yards on 13 carries late into the third quarter, starter JaTarvious Whitlow carried the ball eight times for 54 yards — including a 14-yard touchdown run — on Auburn’s third scoring drive of the night.


Whitlow had 121 yards from scrimmage, but fumbled three times and lost two of them.

Tulane quarterback Justin McMillan — an LSU transfer — completed 10 of 33 passes for 103 yards and an interception by Auburn safety Jeremiah Dinson. McMillan also led the team in rushing with 54 yards.

Auburn: The rushing stat line improved mightily in the second half, but that’s two straight games with slow starts on the ground behind an offensive line that has struggled to get push early.

Tulane: While the Green Wave offensive was ultimately stifled when it mattered, it rushed for over 100 yards for the 42nd straight game — an ongoing school record.

In the third quarter, Hastings was hit in the helmet going up for a reception by Tulane’s Macon Clark, who was then ejected for targeting. Hastings walked off under his own power.

Neither player returned to the game. With sophomore Anthony Schwartz still recovering from offseason hand surgery, Stove is Auburn’s only healthy starter out wide.

Tulane: At Missouri State next week.

Nathan King is a reporter for The Associated Press.