BYU Cougars take down the USC Trojans in overtime 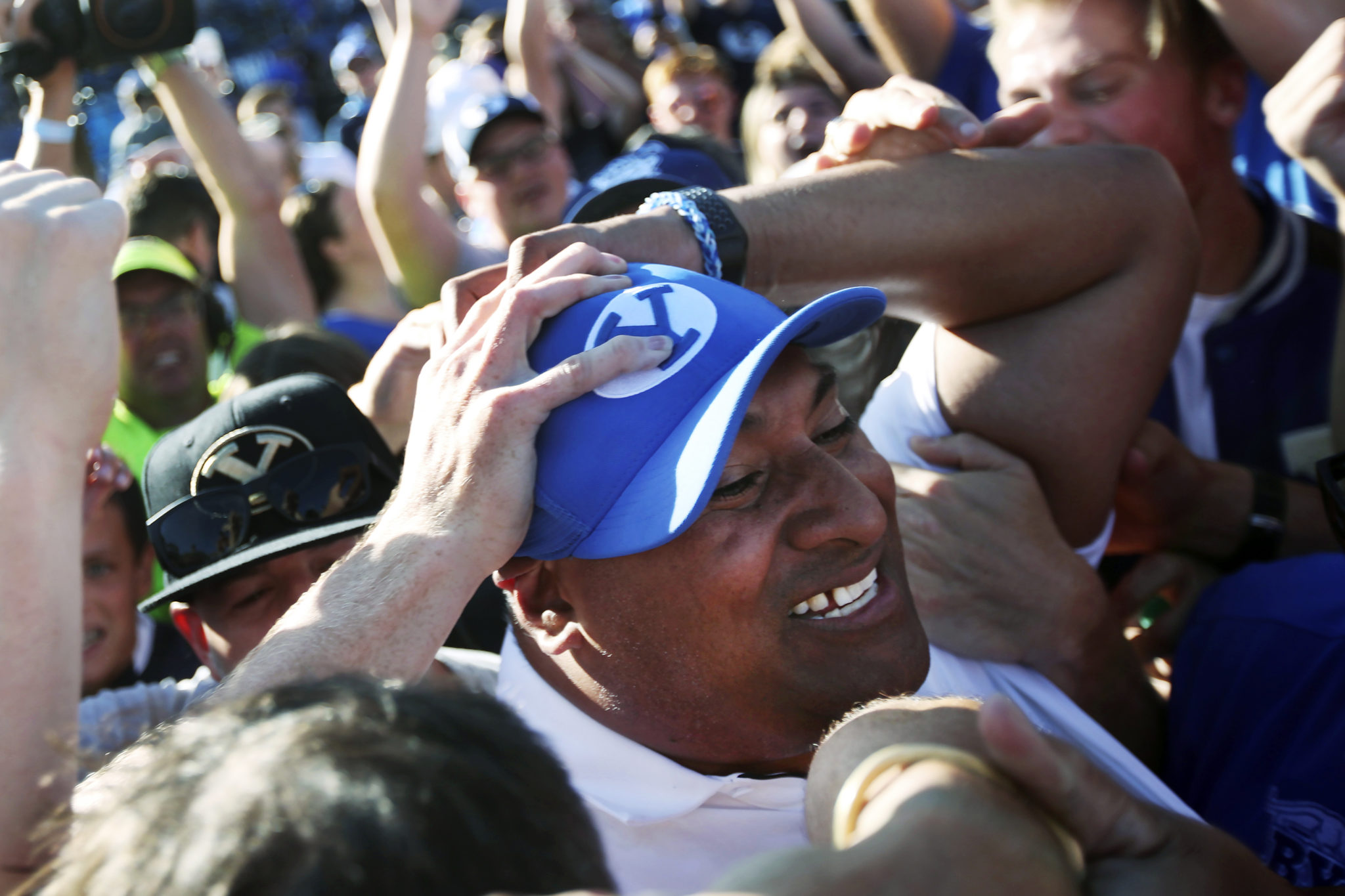 PROVO, Utah — Dayan Ghanwoloku intercepted a tipped pass in overtime after Jake Oldroyd kicked a 43-yard field to give BYU the lead, and the Cougars beat No. 24 Southern California 30-27 on Saturday, their second straight OT victory over a traditional power program.

Zach Wilson threw for 280 yards and a touchdown and ran for another score for BYU (2-1), which won at Tennessee last week. Ty’Son Williams added 99 yards on 19 carries.

Kedon Slovis threw for 281 yards and two touchdowns for USC (2-1), but was picked off three times, including on the final play of the game. After a week in which USC athletic director Lynn Swann stepped down, coach Clay Helton absorbed a loss that will certainly raise the heat on him going into a crucial stretch of schedule.


The Trojans play No. 11 Utah at home Friday, and then follow with road games against No. 23 Washington and No. 7 Notre Dame.

Ghanwoloku, a defensive back who moonlights as a running back, scored the first touchdown for BYU on a 1-yard run in the first quarter.

The Trojans went up 24-17 on a 30-yard TD catch by Michael Pittman, Jr. early in the fourth quarter. USC went 92 yards in 13 plays after stopping Ghanwoloku for a 1-yard gain on 4th-and-2 from the Trojan 9.

Wilson gave the Cougars a 27-24 lead with 5:41 left in the quarter on a 16-yard run that was set up when the quarterback evaded a sack to hit Gunner Romney with a 35-yard pass.

Chase McGrath tied it up on a 52-yard field goal for USC with 1:43 left in regulation.

USC: Slovis and the Trojan offense had plenty of issues after dominating Stanford last week. USC threw a single pass in the third quarter and Slovis had a pair of costly interceptions in the first quarter. The Trojans netted just a field goal on their final three drives in regulation. They have a four-game losing streak in the state of Utah.

BYU: An inability to finish long drives was a problem for the Cougars for a third straight game.

USC will likely fall out of the AP Top 25 when the poll comes out Sunday.

USC: The Trojans have short week to prepare for Pac-12 South rival Utah.

BYU: The Cougars face their third Pac-12 opponent in four weeks when they host No. 23 Washington next Saturday.