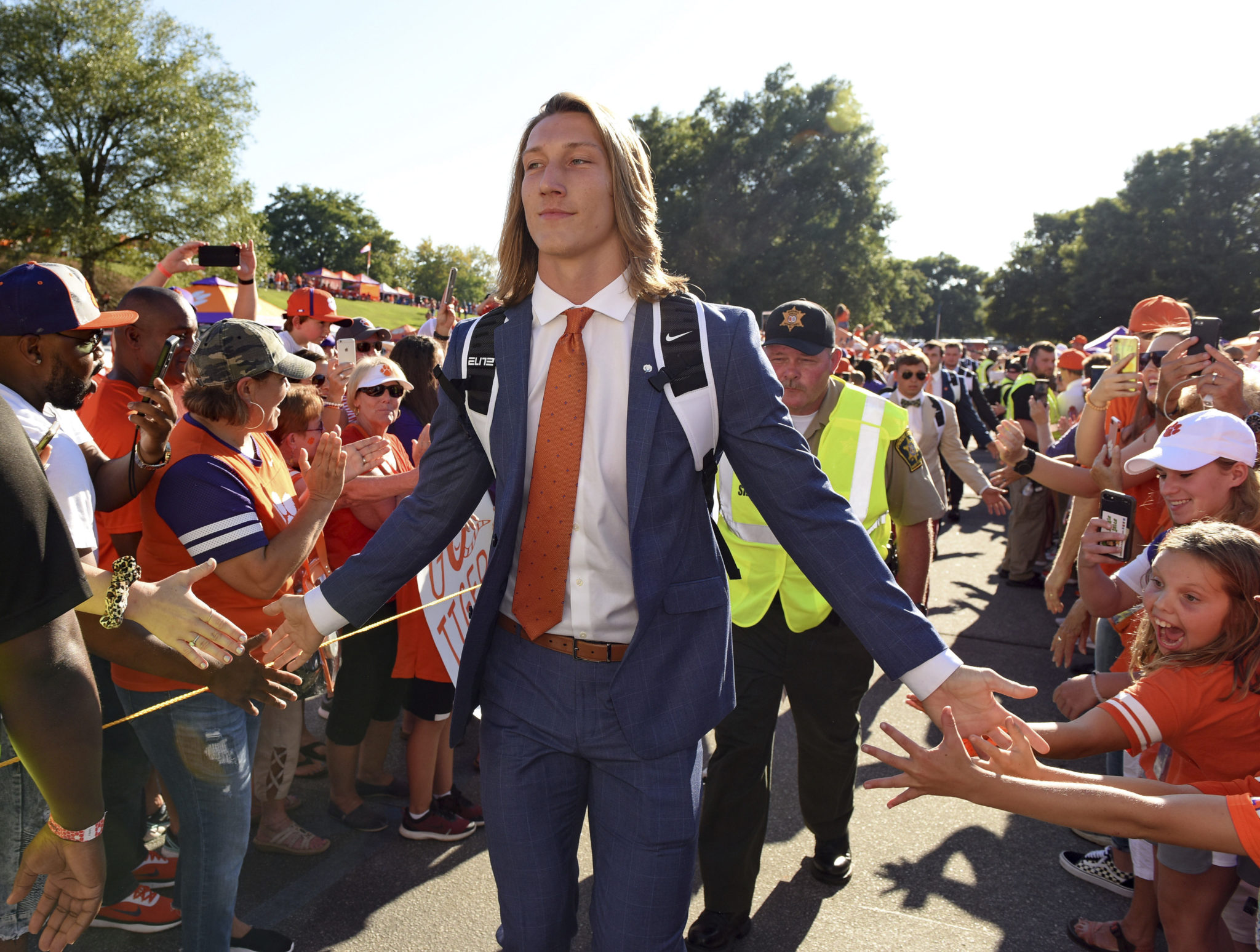 COLUMBIA, S.C. — Clemson quarterback Trevor Lawrence isn’t worried and says no one should worry, either.

“I am pretty hard on myself, but I see the big picture,” he said. “I didn’t play my best, but we won the game.”

Lawrence is confident he’ll improve this week when the Tigers (1-0), who remained No. 1 in the AP rankings released Tuesday, take on No. 12 Texas A&M (1-0) at Death Valley on Saturday.

Lawrence was the talk of the offseason after the stunner he and Clemson put on in dispatching Alabama 44-16 in the national title game last January.

But he didn’t look anywhere near as poised in a 52-14 opening win over Georgia Tech last week. He completed 13 of 26 throws and had two interceptions after throwing just four picks all of his freshman season.

It’s all good, Lawrence said, because the Tigers have so many playmakers that can pick up those who are a little off target.

“They kind of forced our hand as far as running the ball,” Lawrence said. “Which is fine because we have a great offensive line and great running backs.”

Co-offensive coordinator Jeff Scott agrees with his quarterback’s assessment. Sure, he’d like for Travis Etienne not to have had an early fumble or Lawrence to go error free. But Scott said the players responded to their miscues with passion and effort.

Etienne, who finished with a career-high 205 yards and three touchdowns, went for a 90-yard score the next time he touched the ball after coughing it up.

Lawrence chased down the interceptor, stopping Tre Swilling on the 3-yard line. Clemson’s defense followed with a goal-line stand.

“No doubt there’s plenty for us to learn from and for us to get better with,” Scott said.

The Tigers will face an Aggies team still stinging from the near miss when these teams played last season.


Quarterback Kellen Mond threw for 430 yards and nearly rallied Texas A&M to victory in a 28-26 loss. The outcome was sealed when safety K’von Wallace intercepted a 2-point conversion to help Clemson hold on.

The Aggies haven’t forgotten. On Monday, offensive lineman Jared Hocker made this prediction for the weekend: “There will be an upset.”

Plenty of Clemson fans are counting on the same thing out of Lawrence, a transcendent talent at 6-foot-6 who entered the year as an expected Heisman Trophy finalist.

Some outsiders were so impressed by Lawrence’s performance against Alabama, they counseled him to withdraw from school and spend the next two years prepping for his inevitable selection as the top overall pick in the 2021 NFL draft.

Lawrence laughed it all off and prepared for his sophomore season.

“Yeah, it was out there,” Lawrence said. “But none of it came from me.”

Instead, Lawrence is focused on improving game by game and practice by practice so he can enjoy what he likes the most — Clemson victories.

“We played great and responded to adversity,” Lawrence said of the opener. “So I’m happy about that.”