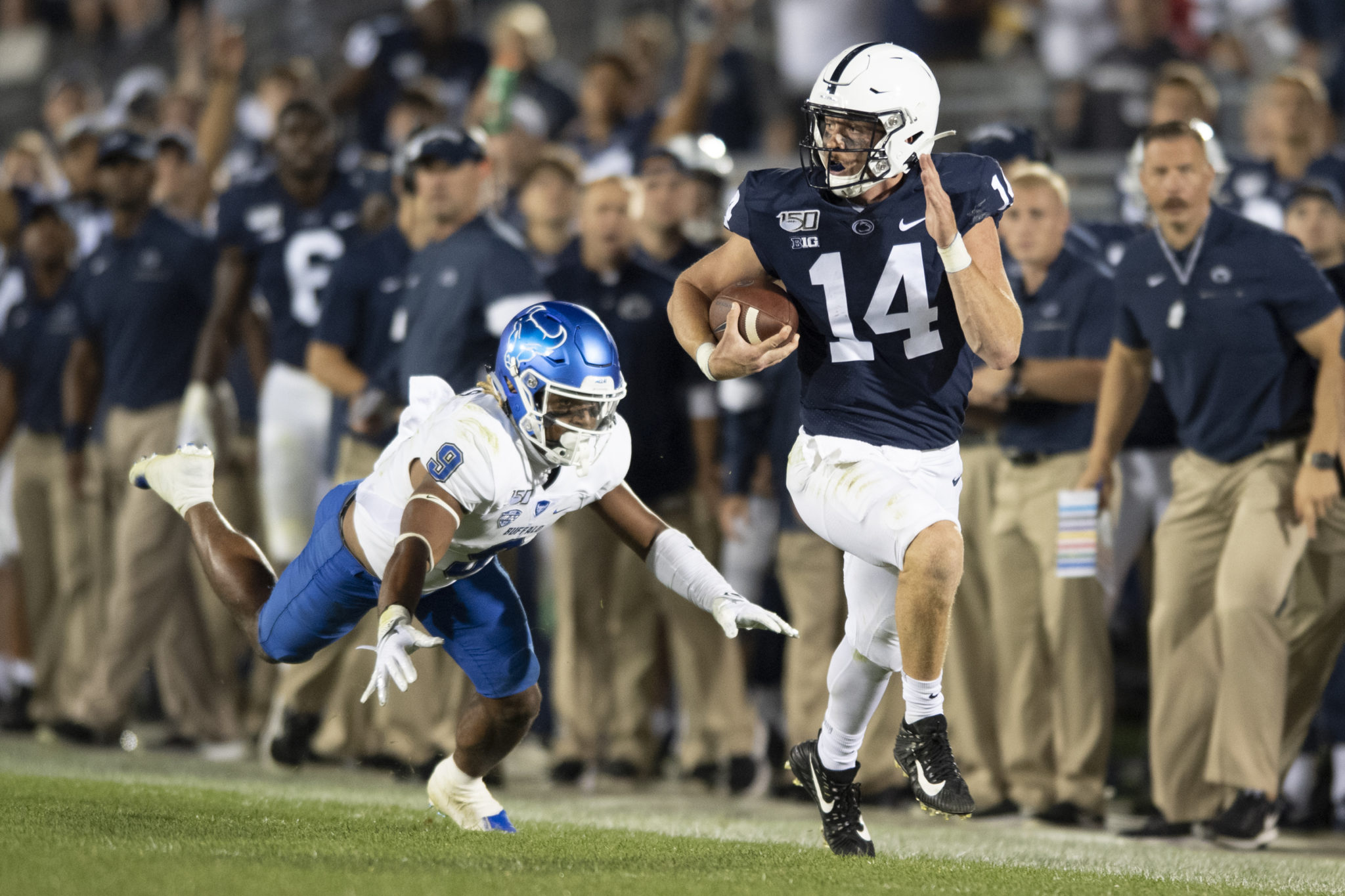 Trailing 10-7 at half, the Nittany Lions (1-0) took the lead for good when John Reid ran back an interception 37 yards for a touchdown early in the third.

Clifford opened the scoring with a 28-yard pass to Jahan Dotson on Penn State’s second drive of the game. He tossed a pair of TDs to tight end Pat Freiermuth in the third quarter and Noah Cain added a 2-yard TD run to give Penn State a 35-13 lead heading into the fourth.


Jake Pinegar added a 32-yard field goal for the Nittany Lions and Clifford found Dotson again in the fourth. Clifford finished as Penn State’s leading rusher with 11 carries for 49 yards.

Jaret Patterson led Buffalo (1-1) with 75 yards on 23 carries. Matt Myers was 16 for 31 for 236 yards with a touchdown pass to tight end Julien Bourassa late in the second quarter.

Alex McNulty kicked a pair of field goals for the Bulls.

Buffalo: The daunting environment didn’t seem to bother the young Bulls. They controlled the pace in the first half, running 46 plays for 27 yards to Penn State’s 20 plays and 82 yards.

Penn State: The Nittany Lions’ strength is their defensive line and Buffalo’s offensive front did a good job neutralizing Yetur Gross-Matos and his teammates for most of the first half. In the meantime, Clifford and his receivers were able to create some chemistry.

Penn State cleaned up its mistakes at halftime, won going away and shouldn’t be penalized for its slow start.

Travis Johnson is a reporter for The Associated Press.