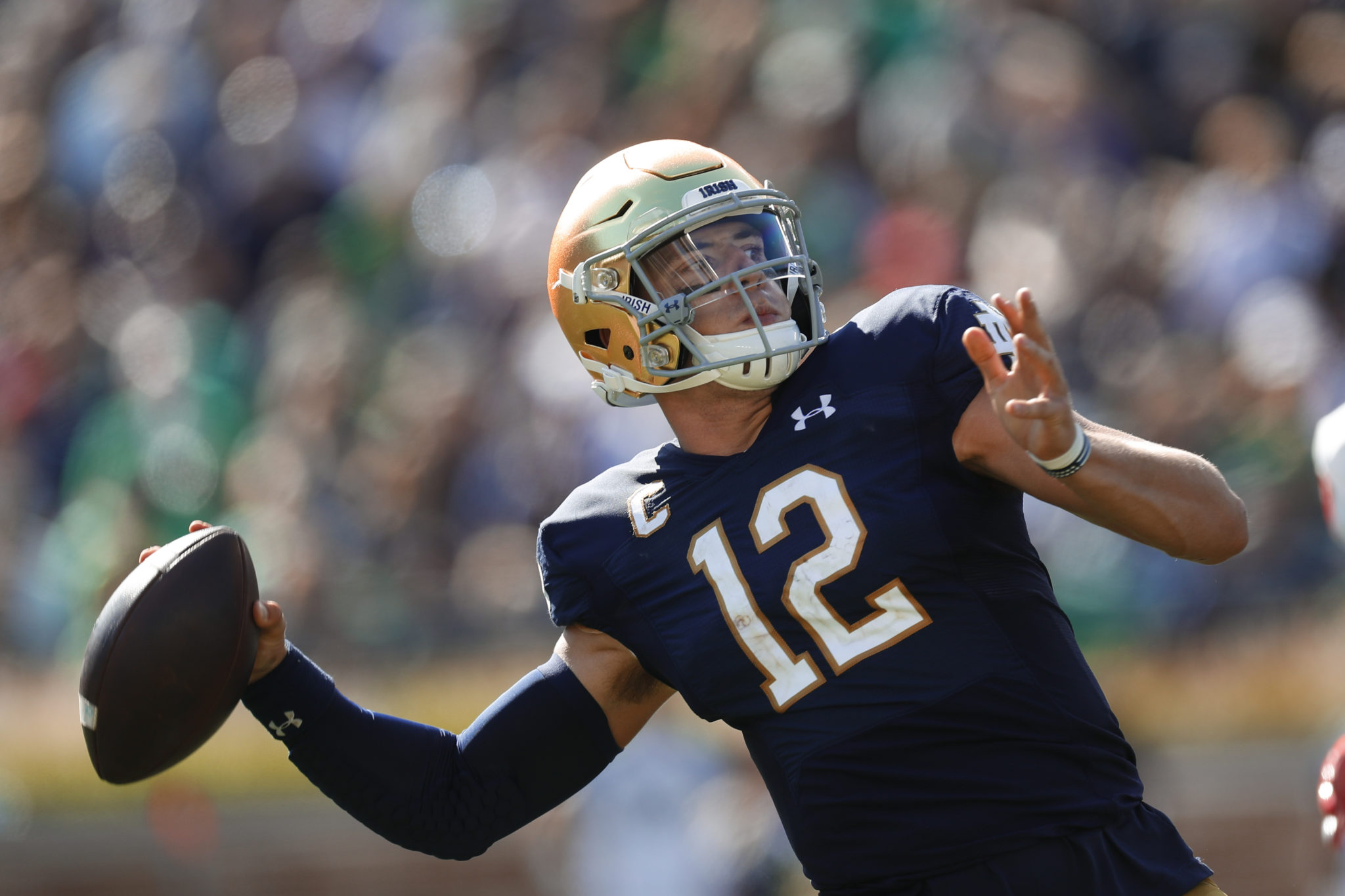 SOUTH BEND, Ind. — Ian Book threw a career-high five touchdown passes and Notre Dame’s defense came up with three first-half interceptions as the seventh-ranked Fighting Irish rolled past New Mexico 66-14 on Saturday in the final tuneup for a showdown at No. 3 Georgia.

The senior quarterback rebounded from a lackluster opening performance in a victory at Louisville to complete 15 of 24 passes for 360 yards. Book finished with another 46 yards rushing yards and a 1-yard TD. He sat the final 1½ quarters.

“It felt good getting the confidence up for everybody,” Book said. “To come in here and get the win that we wanted felt really good. We’ll enjoy it tonight and once tomorrow hits it’s Georgia week and everyone knows that.”

Brian Kelly’s Fighting Irish (2-0) had their way with the Lobos (1-1), who were without head coach Bob Davie. Saga Tuitele acted as head coach for Davie, the former Irish head coach from 1997-2001 who was hospitalized following New Mexico’s opening victory Aug. 31 against Sam Houston State and did not make the trip.

“When you turn the ball over and give anybody a chance, it’s going to be a tough uphill swing,” Tuitele said. “Against a good team like that, it could’ve gotten uglier, but our kids fought our tails off. They didn’t give in.”

Three of Book’s “long” scoring passes were short throws that receivers turned into big plays. Avery Davis went 59 yards, Javon McKinley went 65 and Chris Finke had a 54-yarder. The touchdowns by Davis and Finke came on shovel passes while McKinley turned a 3-yard crossing pass into his score.

McKinley added another TD on a 20-yard scoring reception in the third quarter after Chase Claypool had a 37-yard TD reception in Notre Dame’s 31-point second quarter.

Freshman safety Kyle Hamilton opened the scoring with a 34-yard interception return for a touchdown. Notre Dame later got interceptions from Jalen Elliott and Shaun Crawford in the second quarter that the offense converted into touchdowns while taking a 38-7 halftime lead.

New Mexico: The Lobos struggled offensively in the first half, gaining just 80 yards on 35 plays in their seven possessions before going 75 yards on five plays, three of them rushes, the last being Carroll’s 47-yard TD run. Starting quarterback Sheriron Jones, who was 4-of-15 passing for 19 yards with three interceptions in the first half, was replaced by sophomore Tekava Tuioti at the start of the second half.

Notre Dame: The Irish were outgained 136-54 on the ground in the first half. Book threw for 251 yards and three touchdowns as offensive coordinator Chip Long had the Irish senior throwing from the start to build his confidence for next Saturday night’s rumble between the hedges in Athens.

New Mexico: The Lobos return home next Saturday afternoon to play New Mexico State in the Rio Grande Rivalry for the 110th time.

Notre Dame: The Fighting Irish play Georgia for the third time, looking for their first victory.