Kelly and the Irish look to prove themselves at Georgia 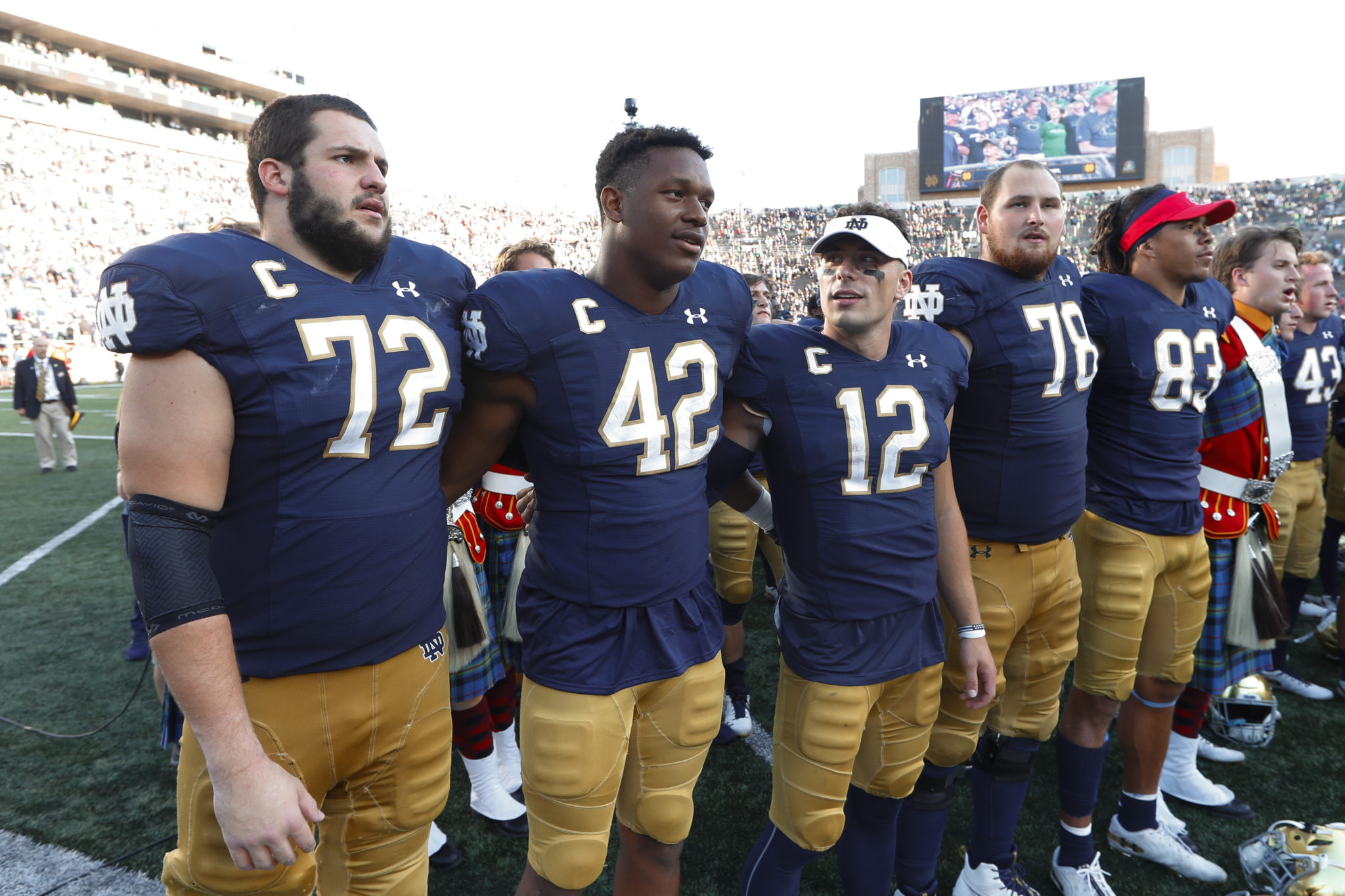 SOUTH BEND, Ind. — Brian Kelly sensed his Notre Dame team had a little extra bounce in its step Sunday morning and it wasn’t because of its 66-14 victory over New Mexico 16 hours before.

Playing a nationally televised game this Saturday night at Georgia will do that for you.

“Oh, they’re excited,” Kelly said Sunday of his 2-0 Fighting Irish, who now want to see if their act plays well enough on the road against the third-ranked Bulldogs, who are coming off a 55-0 victory over Arkansas State.

“They know they had to take care of business with New Mexico and that they had to play better than they did at Louisville (a 35-17 victory),” Kelly said. “They understand the caliber of play that will be needed. They are excited about the challenge in front of them. They come to Notre Dame wanting to play in these kinds of games. It’s like being in a Broadway show.”


With Notre Dame on their schedule, Kirby Smart and his Bulldogs probably feel the same way about only the third meeting between the two teams.

The first came at the end of the 1980 season when freshman sensation Herschel Walker led Georgia to a 17-10 victory in the 1980 Sugar Bowl that earned a national championship for coach Vince Dooley.

The second came Sept. 9, 2017. Kelly had rebuilt his staff following a 4-8 campaign, and the Irish and Bulldogs battled under the lights at Notre Dame Stadium before the Bulldogs prevailed in a memorable 20-19 victory.

“We were certainly feeling as we had done the things necessary to get the program back to where it needed to be,” Kelly said.

The triumph helped to catapult Georgia to the College Football Playoff championship game that the Bulldogs lost in overtime, 26-23, to SEC rival Alabama.

Since that loss, the Irish are 23-3, including a 12-0 regular-season run in 2018 that got the Irish into the CFP playoffs instead of the Bulldogs, whose 11-2 regular-season was deemed not good enough.


The memory of their 30-3 CFP semifinal loss to eventual national champion Clemson and a 2019 schedule which included visits to Louisville, Michigan (Oct. 26) and Stanford (Nov. 30) in addition to Saturday’s showdown in Sanford Stadium are feeding Notre Dame’s mindset.

“We talk about having a road-warrior mindset and that’s what it’s going to take for us,” said quarterback Ian Book, who threw for 360 yards and a career-high five touchdowns against the Lobos. “We just have to go in there and play our game and focus on us and the small details.”

That’s easier said than done. But then the Bulldogs did just that in 2017 as true freshman Jake Fromm completed 16 of 29 passes for 141 yards in his first collegiate start and the Georgia defense limited Notre Dame to 55 rushing yards on 37 carries.

“(Fromm) played with great poise and was extremely efficient,” Kelly recalled. “They were extremely athletic two years ago and they are a little bigger up front this year. They are just an outstanding football team in all areas.”

Notre Dame, which recruits nationwide, has recruited Georgia hard and the series, announced in 2014, may have helped the Irish to secure 6-foot-4 freshman safety Kyle Hamilton, who attended the Marist School north of Atlanta. His 34-yard interception return for a touchdown got the Irish started against New Mexico.

The Irish likely will have two more offensive pieces back in tight end Cole Kmet, who broke a collarbone in preseason, and running back Jahmir Smith, who sat out last week’s game after scoring a pair of touchdowns against Louisville.