Michigan hangs on to beat Army in double overtime 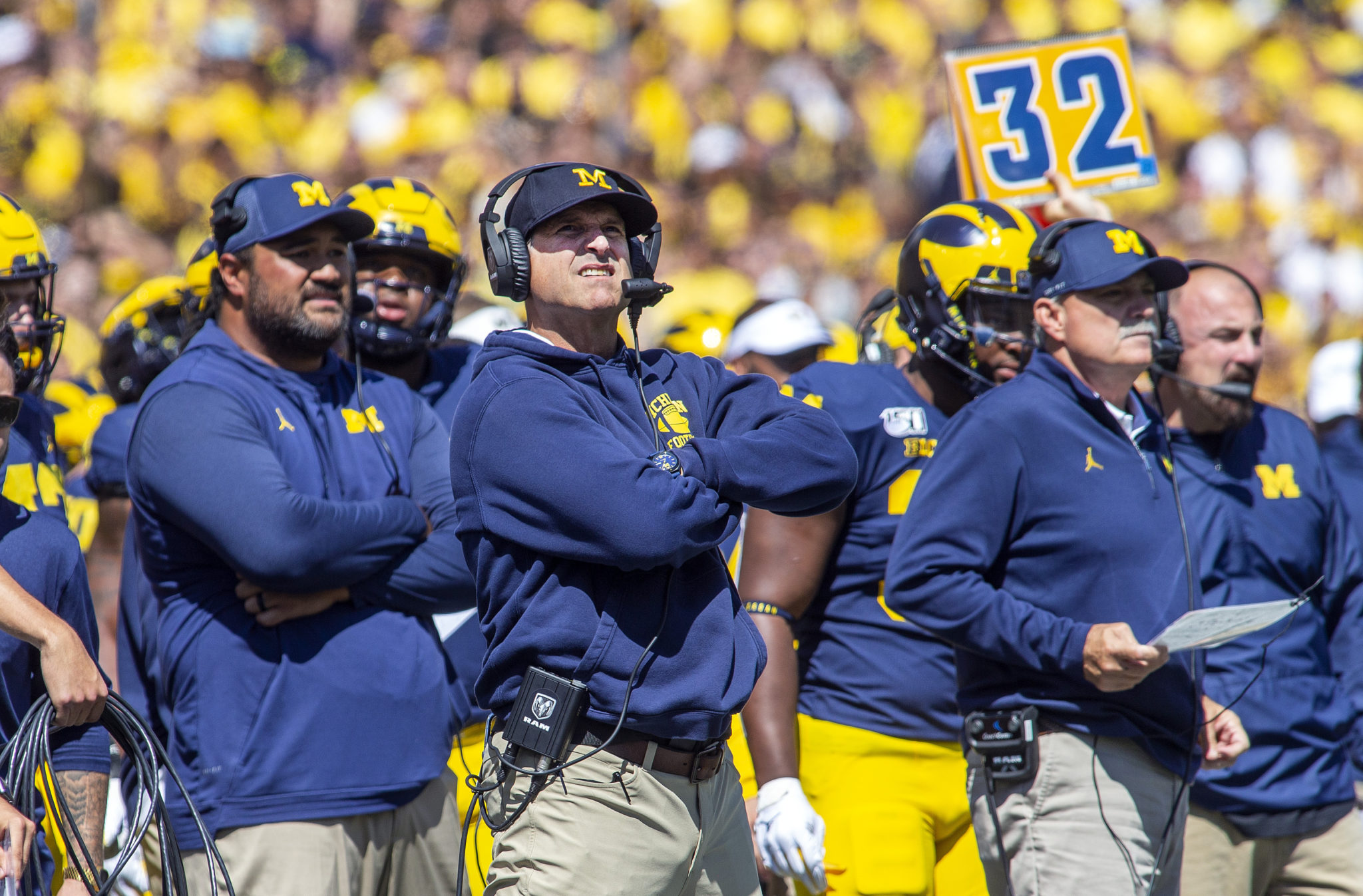 ANN ARBOR, Mich. — Jake Moody made a 43-yard field goal and No. 7 Michigan forced and recovered a fumble to hold on for a 24-21 double-overtime win over Army on Saturday.

The Wolverines (2-0) didn’t lead until the second extra period and would have lost at the end of regulation to the Black Knights (1-1) if Cole Talley made a 50-yard kick that sailed just to the right.

It marked the second straight year the U.S. Military Academy nearly beat a top 10 team for the first time in more than a half-century. The Black Knights pushed No. 5 Oklahoma into overtime on the road last year before losing 28-21.


In overtime at the quiet Big House, Black Knights quarterback Kelvin Hopkins ran for a go-ahead, 6-yard touchdown and Michigan extended the game with Zach Charbonnet’s third TD. Hopkins was sacked and lost a fumble to end the game in the second overtime.

Michigan turned the ball over on downs twice in the fourth, including early in the quarter when coach Jim Harbaugh could have chosen to kick a go-ahead, 36-yard field goal.

The Black Knights appeared to have the stronger and smarter team for much of the afternoon, running its triple option offense effectively and making fewer mistakes.

Army’s Sandon McCoy scored on a 1-yard TD in the opening quarter after Patterson lost a fumble on his first drive. The Wolverines answered with Charbonnet’s 2-yard touchdown on the ensuing possession to pull into a 7-all tie.

Hopkins threw an ill-advised pass on third-and-5 from the Michigan 5 and Lavert Hill intercepted it early in the third quarter. Michigan made the most of the opportunity with the ball, capping a 12-play drive with Charbonnet’s 1-yard TD run and pulled into a 14-all tie.

Army: The Black Knights have become a team to watch in major college football. They gave the Sooners a scare last year and went on to win a program-record 11 games, including a third straight bowl victory. Army hasn’t beaten a top 10 team since knocking off No. 9 Penn State in 1963.

Michigan: If the Wolverines can’t figure out how to cut down on fumbling, they will have a hard time approaching their lofty goals of winning the Big Ten title and contending for a national championship. The new-look offense is still a work in progress, clearly, after two games under first-year coordinator Josh Gattis.

Michigan will likely fall out of the top 10 after surviving a scare against an unranked team.

Army: Plays on Saturday against Texas-San Antonio in the Alamodome.

Michigan: The Wolverines have a lot of time to work on their problems before playing Sept. 21 at No. 17 Wisconsin.