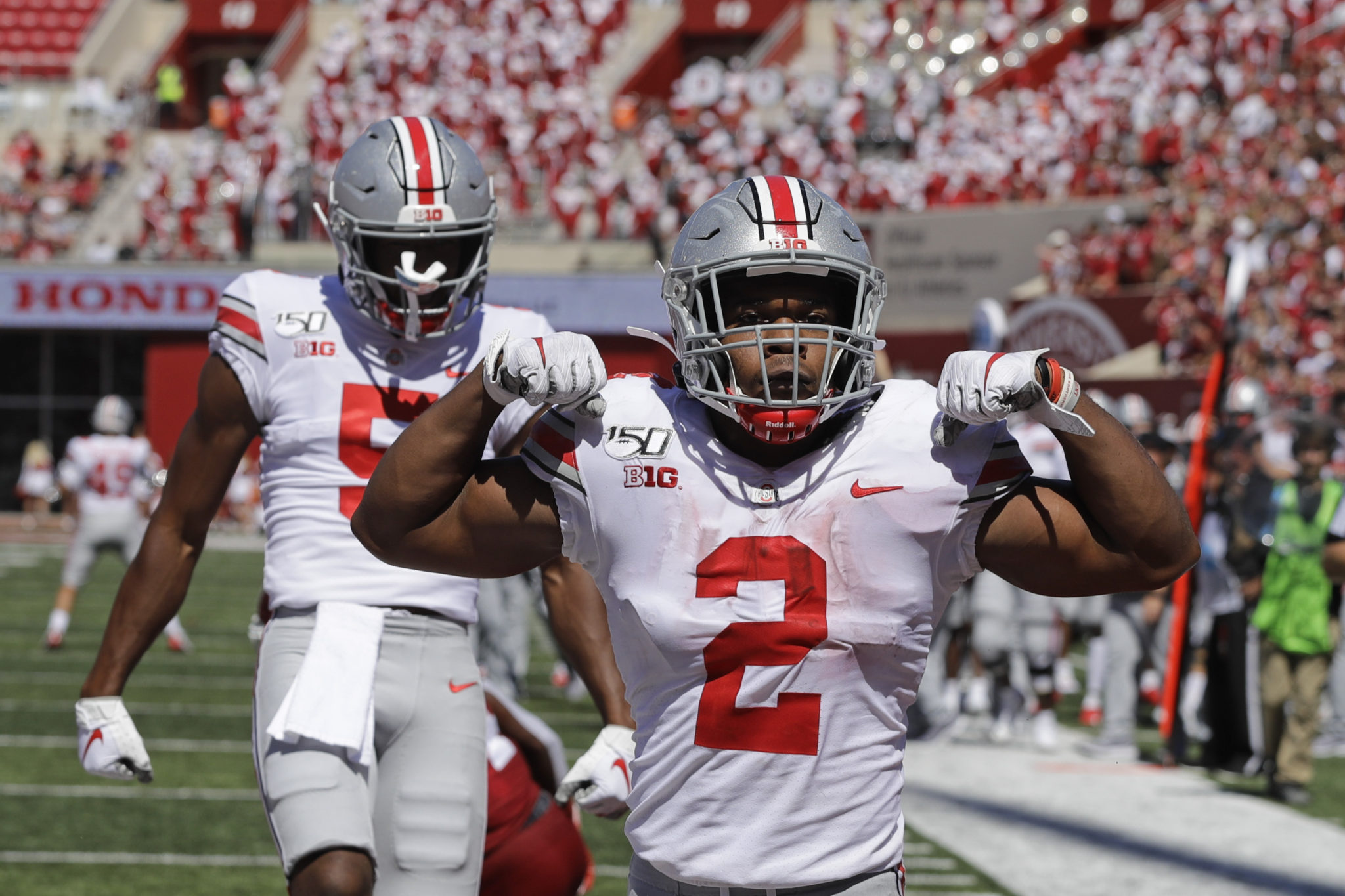 And with Peyton Ramsey starting at quarterback in place of the injured Michael Penix Jr., the Hoosiers (2-1, 0-1) never had a chance.

It might not have mattered with Dobbins and Fields gashing Indiana’s defense.


“I think that’s definitely going to make us more dangerous in the future when we play more Big Ten games,” Fields said. “Just having the running game there just to pick me up and carry the team, that was great to see.”

Fields opened the scoring with a 3-yard touchdown run, and then hooked up with Chris Olave for a 37-yard TD pass early in the second quarter to make it 14-3. On the ensuing Indiana series, Olave blocked a punt out of the end zone for a safety, and Dobbins’ slicing 56-yard run set up a 9-yard TD pass from Fields to K.J. Hill Jr. for a 23-3 lead.

Dobbins reached the end zone by breaking a handful of tackles on a 26-yard run to make it 30-3.

Indiana finally answered when Ramsey threw to Donovan Hale, who turned and found Peyton Hendershot wide open for a 49-yard TD pass. It was the first touchdown allowed in the first half this season by Ohio State.

The Buckeyes didn’t stop there.

“Rough day for the Hoosiers. Very disappointed with how we performed,” Indiana coach Tom Allen said. “But I stand before you, take responsibility for how our team takes the field and plays each and every week and it wasn’t good enough.”

Ramsey was 20 of 34 for 166 yards, one interception and was sacked four times — the first sacks allowed by the Hoosiers this season.

It was the most lopsided margin in the series since the Buckeyes’ 44-3 victory in 2006.

Ohio State: The Buckeyes were everything they’re cracked up to be. Fields was efficient, Dobbins proficient and the defense almost impenetrable. Ohio State scored in all three phases including a 96-yard interception return by Damon Arnette Jr. — the fifth-longest in school history. It could be an unbeatable combination.

Indiana: The Hoosiers found out how far they still must go to compete against the Big Ten’s top teams. With their running game stalled, Ramsey to rely almost exclusively on his arm. And when the Hoosiers couldn’t sustain drives, the defense wore down fast.

Ohio State avoided an early-season stumble, but a third straight blowout in a series they’ve dominated probably won’t help them move up in the Top 25.

Indiana: Closes out its nonconference schedule when Connecticut comes to town next Saturday.