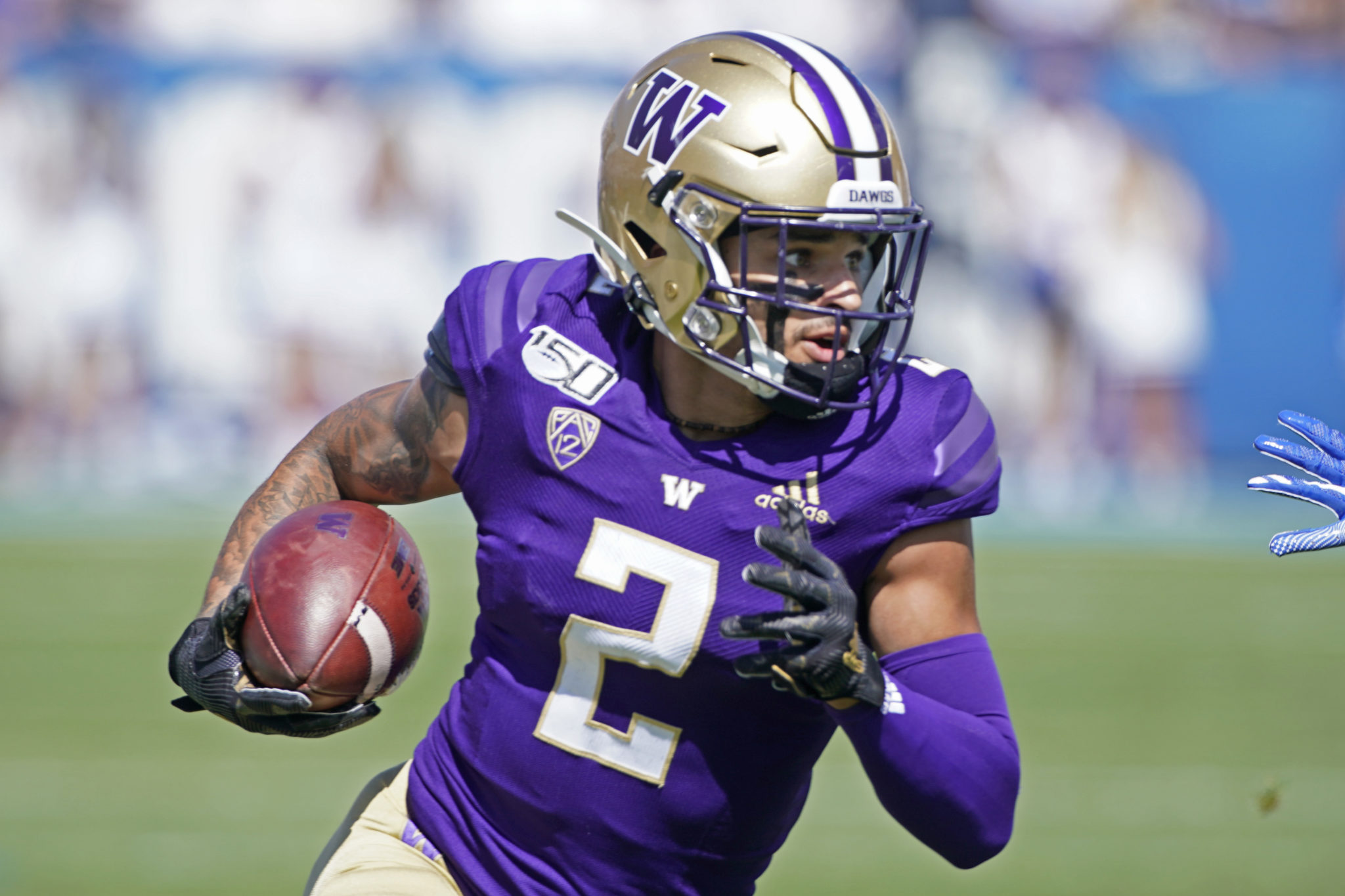 PROVO, Utah — Jacob Eason threw for 290 yards and three touchdowns and No. 22 Washington scored two touchdowns off three BYU turnovers to coast to a 45-19 victory on Saturday.

The Huskies (3-1) totaled 470 yards on offense, with Eason completing 24 of 28 pass attempts. Aaron Fuller, his top target, tallied 91 yards on eight catches. Fuller had one touchdown catch and returned a punt 88 yards for another score.

Zach Wilson threw for 277 yards and a touchdown on 26 of 42 passing to lead BYU. It wasn’t nearly enough to help the Cougars (2-2) prevent the Huskies from dominating in all three phases of the game.

Washington took control behind a productive first quarter from Eason. He threw for 99 yards and a pair of touchdowns, while completing 90% of his pass attempts during the quarter. Eason capped each of his team;s two drives with a 17-yard TD pass — one to Richard Newton, the other to Fuller — to put the Huskies up 14-3.


Following Lopini Katoa’s 48-yard return to midfield, BYU marched down to the Washington 20 on its second drive. It ended when Wilson coughed up a costly fumble on a sack. Brandon Wellington scooped up the loose ball and returned it 69 yards to extend the Huskies’ lead to 21-3 late in the first quarter.

The Cougars’ offense found some life in the second quarter. Emmanuel Esukpa punched in a 1-yard run and Jake Oldroyd made a career-long 54 yard field goal just before halftime to cut Washington’s lead to 24-12. Oldroyd’s field goal was the first from 50 or more yards for BYU since 2006.

Everything unraveled for BYU after halftime.

Andre Baccellia slipped free of a tackle and caught a 35-yard TD pass from Eason, and Fuller returned a BYU punt 88 yards to give Washington a 38-12 lead with 10:37 remaining in the third quarter. Trent McDuffie forced and then recovered a fumble from Dax Milne at the Huskies 48 to set up Baccellia’s touchdown.

Washington: The Huskies have not lost a step on defense despite losing nine full-time starters on that side of the ball from last season. Washington pressured Wilson early and often. It led to three turnovers, a pair of sacks and four tackles for loss.

BYU: All the good vibes from back-to-back overtime victories over Tennessee and USC vanished into the mountain air. The Cougars got dominated on both sides of the ball for the better part of four quarters.

Washington will likely move inside the top 20 after blowing out BYU on the road.

BYU: The Cougars will make their second road trip of the season, this time to Toledo.