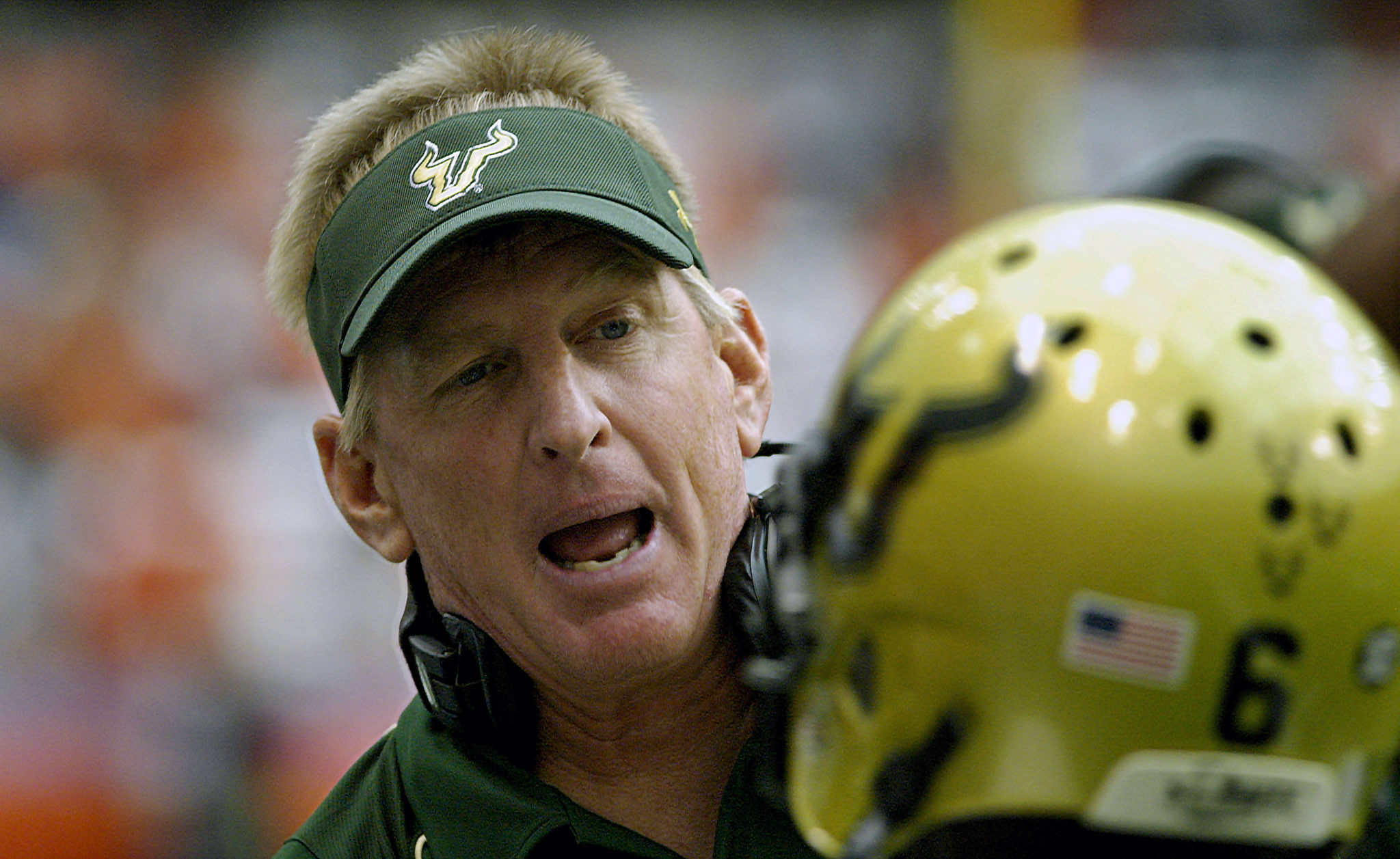 Some of the most experienced head coaches in the Atlantic Coast Conference aren’t exactly coaches anymore.

Three schools – North Carolina, Florida State and Virginia Tech – have hired former head coaches to advisory or analytical positions in the past 10 months, providing an additional voice of experience for the programs while giving the ex-coaches a way to stay involved in the sport without having to do any on-field coaching or recruiting.

“I’m not the head coach, and there isn’t anything better than that – not being head coach,” quipped Jerry Kill, the newest addition to the Hokies’ staff.

Kill, Sparky Woods and Jim Leavitt combined for 44 seasons as Division I head coaches before taking their wordy new titles. Leavitt is the Seminoles’ quality control analyst. Kill is a special assistant to Tech coach Justin Fuente. And Woods is the senior adviser to Mack Brown at UNC.

“Being a head coach, I realize that his position is a lonely one at times,” said Woods, the former head man at South Carolina, Appalachian State and VMI. He said that former head coaches “see (the big picture) more clearly than people who haven’t done it.”


The ACC schools seem to be following the lead of Nick Saban and Alabama. Among the dozen men listed as football analysts on the Tide’s website are former Tennessee coach Butch Jones and ex-Houston coach Major Applewhite.

And former Washington and Southern California head coach Steve Sarkisian spent the 2016 season as an analyst with the Crimson Tide before he was promoted to offensive coordinator for the national title-game loss to Clemson. After two seasons as the Atlanta Falcons’ offensive coordinator, he is back in Tuscaloosa as a coordinator.

Former Georgia and Miami coach Mark Richt, now an ACC Network analyst, says he never added any ex-head coaches to his staff because he didn’t want his existing assistants to worry about being replaced. But he added that the former coaches can “be good eyes and ears for the head coach” and serve as trusted sounding boards for their bosses.

Because they are classified as non-coaching, sport-specific staff members under NCAA bylaw 11.7.3, they aren’t allowed to directly coach the players during practices or participate in on-field activities. As a result, they don’t count against the Bowl Subdivision limit of 10 assistant coaches and four graduate assistants.

On gameday, they are allowed to stand on the sideline, wear headsets and perform duties like tracking stats or managing the offense’s play count. But they aren’t allowed to offer any tactical adjustments.

“Even if you were a Hall of Fame-type of a coach at a previous school, once you’ve accepted this non-coaching, sport-specific staff member role, your responsibilities naturally must change,” said Kris Richardson, the NCAA’s director of academic and membership affairs.

Among Woods’ responsibilities at UNC are organizing the offseason camps and clinics, maintaining the program’s relationship with the American Football Coaches Association and officials, and handling analytics during games, Brown said.


Woods came to North Carolina after spending four years as an assistant at Richmond. Kill _ who went 52-45 in eight seasons at Northern Illinois and Minnesota before retiring amid a lengthy fight with epilepsy _ stepped down as Southern Illinois’ athletic director to take his current job.

“It’s addiction, like anything else,” Kill said. “You try to get rid of it, but it’s just very difficult.”

Leavitt went 95-57 from 1997-2009 while guiding South Florida from Division I-AA to a top-five ranking. He was coach Willie Taggart’s defensive coordinator at Oregon in 2017 and remained in Eugene after Taggart took the Florida State job in 2018.

After Leavitt parted ways with the Ducks this past February with a $2.5 million buyout, he became available and rejoined Taggart in September under a letter of agreement that pays him $80,000 and runs through next August.

Florida State certainly seems to be playing better with him around.

The Seminoles’ defense gave up averages of 520 total yards and 40 points in the two games before Leavitt’s arrival. Those numbers dropped significantly _ to 398 total yards and 22.7 points allowed per game _ with Florida State going 2-1 since his hiring.

“He’s brought a lot of positive energy. His enthusiasm is contagious,” Taggart said. “You come to meetings in the morning, you hear coach Leavitt’s voice, ‘Good morning. Ready to go to work.’ It’s just positive energy and it’s contagious. Guys are feeding off of it.”