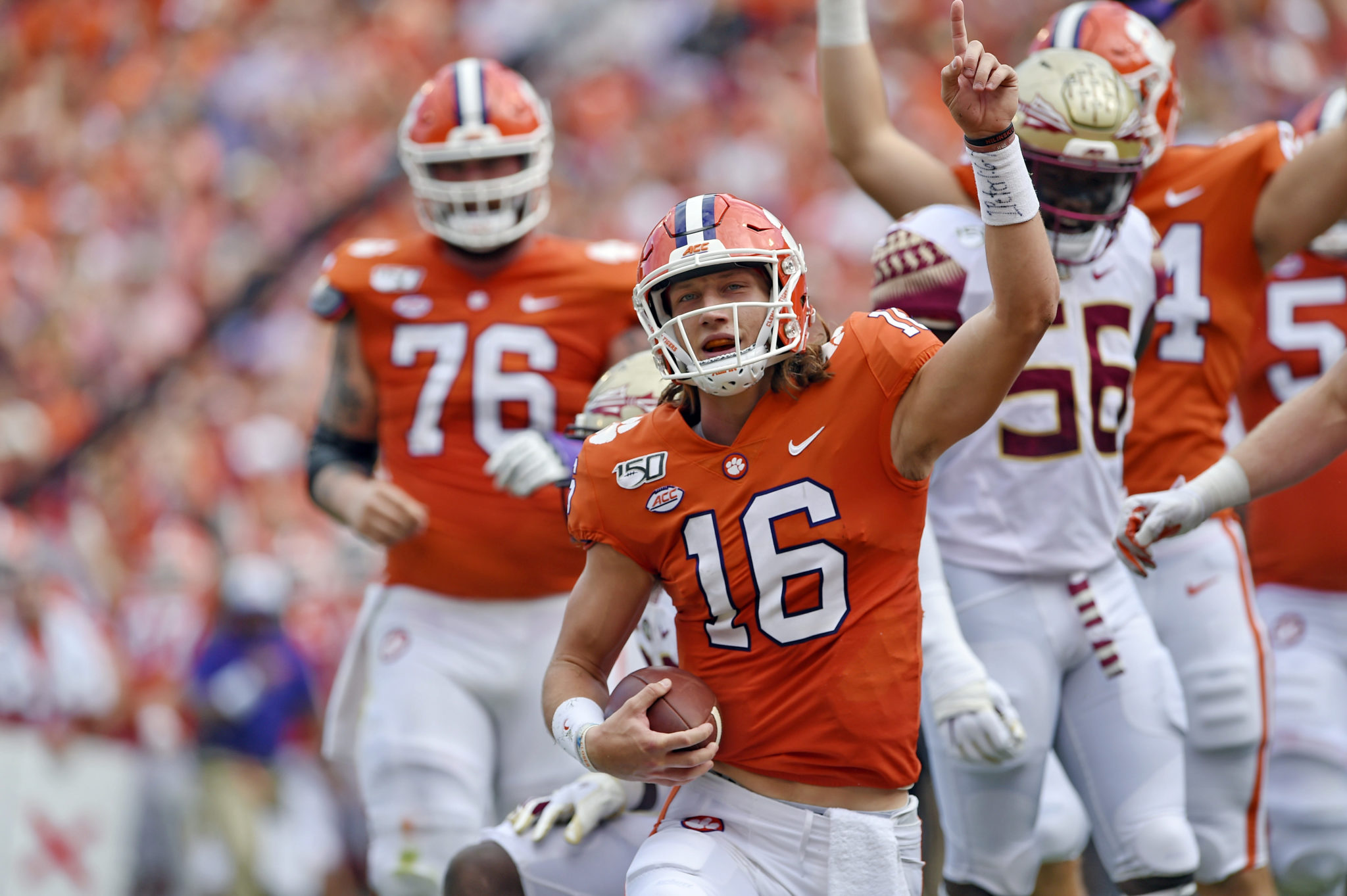 Clemson is once again sitting atop the Atlantic Coast Conference — and the third-ranked Tigers are putting the struggling league on their back and bringing the ACC along for the championship ride.

The ACC hasn’t had much to hang its hat on this football season with Clemson the only team in the Top 25.

But the league does have the Tigers, who are the most dominant football program in the ACC by far. The Tigers have won the past four conference crowns and two of the last three national titles.

Their dominance raises a question: Is it good for the league, or possibly bad for Clemson?

There’s no denying the Tigers have helped bring national recognition to the ACC brand, been a major cog in record financial distribution for all 14 member schools and had a positive impact on recruiting.

“They’re not a good football team. They’re a great football team,” Duke coach David Cutcliffe said. “It’s rare you have one in a league.”


It’s seems way past time for ACC to take full advantage of the Tigers championship run.

League Commissioner John Swofford said Clemson is setting the standard “and it’s up to everybody else to challenge that standard and rise to that standard.”

Or be swept by Clemson’s high tide.

He believes Clemson has brought coast-to-coast recognition to the ACC’s brand and that the Tigers’ dominance has set up a classic “heroes vs. villains” scenario the casual sports fan easily relate to when looking for games to watch on Saturdays.

Even if football fans don’t watch every play, they imprint the “David-vs.-Goliath” story line, Favorito said. Fans also can become more familiar with the ACC’s name, an invaluable asset with a league that recently launched the ACC Network and seeking more eyes for its sports.

“That has an appeal,” Favorito said.

The ACC hopes so because Goliath has not been toppled very often.

The Tigers are 61-4 the last five seasons including 34-2 against ACC opponents. The ACC Atlantic power has beaten four different Coastal Division opponents since their championship run started in 2015.

But one title contender is better than none.


Former Georgia and Miami head coach Mark Rich believes it is vital for a league to have a team competing in the College Football Playoffs.

“If you don’t have any teams competing nationally year after year after year, you become a very regionalized league,” said Richt, an analyst for the ACC Network.

Clemson isn’t the first team to seemingly go unchallenged in the ACC.

“This is kind of our go time,” Jeff Scott said, adding it’s both enjoyable and nerve-wracking to be on top so long. “This is when we’re focused on what we’re doing each and every week.”

Sometimes, the message doesn’t always get through.

Three weeks ago, the Tigers were caught napping at North Carolina and needed a late fourth-quarter stop on a go-ahead 2-point conversion escape with a 21-20 victory and their glide-path to the ACC title game intact.

“The fact that we played them good, everybody is mad at them instead of being excited for us,” Tar Heels first-year coach Mack Brown said. “It’s weird how people look at it, but they key is to win.”

And that starts with players.

Favorito said ACC coaches certainly tap into recruits who know Clemson is on top and offer them the chance to change that.

It’s got to be a relentless pursuit to make a dent in the Tigers’ fortress, Duke’s Cutcliffe said.

“Opportunities to be a great football exist in January, just in how well we recruit and how well they recruit,” he said.


ACC teams are playing that game on a lucrative financial field.

The ACC hopes to get a boost, too, from its newly launched TV network, which showcased Clemson on its first broadcast and Tigers rolled to a 52-14 victory over Georgia Tech. Clemson’s romp over Charlotte on Sept. 21 was shown there, too. Clemson’s contest with Boston College on Oct. 26 is also scheduled for the network.

Every conference would like to not only compete for the national title and have several teams in the Top 25. But right now, that’s not the ACC.

Richt, though, said it is important for the ACC to have at least one of the country’s best teams, no matter who it is.

“It’s what all leagues want,” he said.