ESPN’s ‘GameDay’ aside, Saturday’s showdown is the FCS game of the year 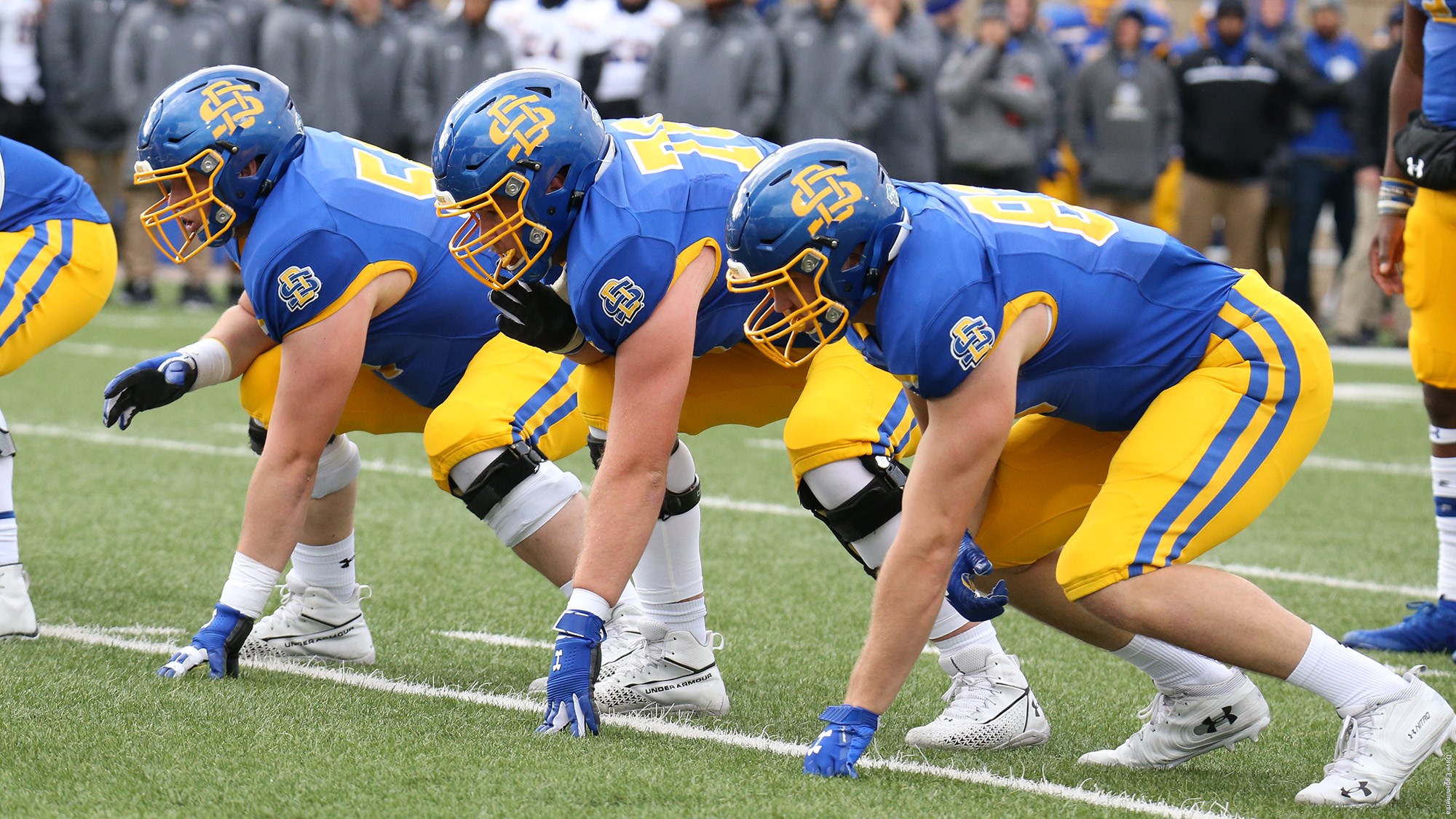 The hype is real.  Saturday’s matchup between reigning national champion North Dakota State (7-0) and South Dakota State (6-1) in Brookings, S.D., is indeed the game of the year in the Football Championship Subdivision.

With the sixteenth annual “Dakota Marker” at stake, the highly-anticipated game will be featured on ESPN’s widely-watched College GameDay Show.  But there’s a lot more at stake than a 75-pound trophy.  The outcome of Saturday’s contest will not only determine the likely champion of the Missouri Valley Football Conference, but it will also have serious ramifications when it comes to seeding in the 24-team FCS playoffs, which will begin on November 30.

The undefeated Bison, who have won 28 straight games, including seven under first-year head coach Matt Entz, the team’s former defensive coordinator, defeated South Dakota State in both meetings last year, narrowly edging the Jackrabbits 21-17 during the regular season and winning by a more comfortable 44-21 margin in the FCS semifinals.  Both of those games were played in Fargo.


North Dakota State, in fact, hasn’t lost a game since falling to rival South Dakota State 33-21 at the Dana J. Dykhouse Stadium in Brookings — the site of Saturday’s game — on Nov. 4, 2017.

South Dakota State — The Fanatic’s FCS preseason favorite — has won fifteen straight games at home and hopes to make it sixteen in a row on Saturday before a sellout crowd of 19,340.

The 23-year head coach is especially pleased by ESPN’s “GameDay” presence — its first ever at South Dakota State and one of only nine times the three-hour show has ever visited an FCS game.  “They don’t come to an FCS program very often, so I’m really proud of our program, our university, our athletic department,” said Stiegelmeier, who insists that his players won’t be distracted by all of the publicity surrounding the game.

Stiegelmeier’s squad, whose only loss came in a heartbreaking 28-21 season-opening setback to undefeated Minnesota, an FBS program, is coming off a pair of impressive road wins at Youngstown State and Indiana State while NDSU hasn’t yet been seriously challenged on any Saturday this season, despite playing a very formidable schedule.  The Bison, who allowed only 185 total yards while piling up 447 themselves, blanked Missouri State 22-0 last weekend.

Although perennial power North Dakota State leads the all-time series, winning 62 of the 110 games played thus far, South Dakota State has won four of the last seven meetings between the two teams in Brookings.  Saturday’s game should be a good one.