FAU coach Lane Kiffin was fined $5,000 for this tweet 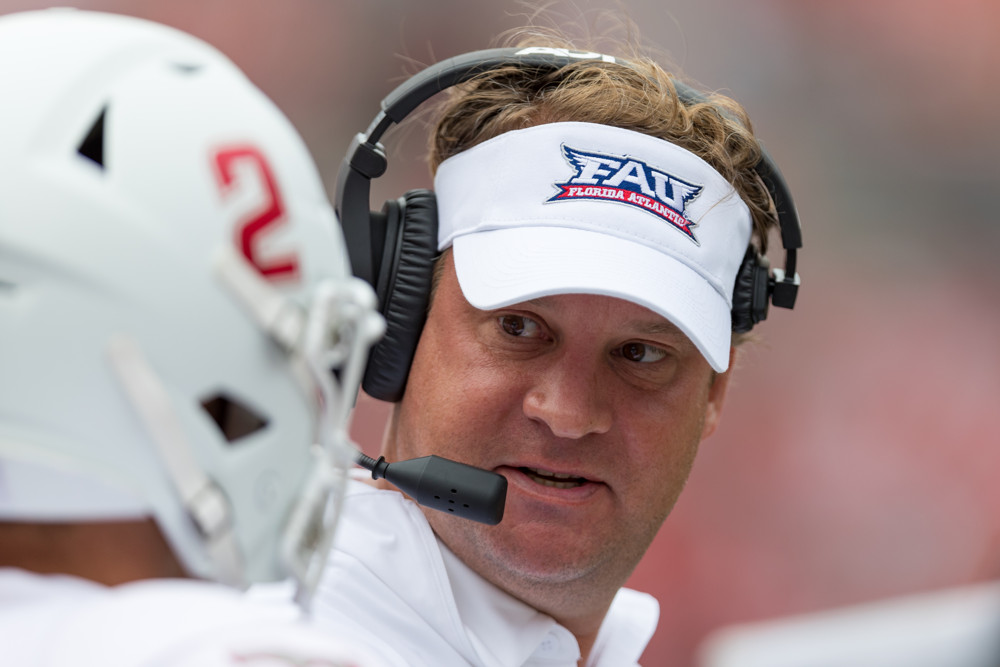 Florida Atlantic coach Lane Kiffin was fined $5,000 and reprimanded by Conference USA for criticizing the officiating in the Owls’ Friday game by positing on Twitter a photo of blind officials, using canes and being led around by seeing eye dogs.

Kiffin tweeted out the photo-shopped image Saturday night and included @ConferenceUSA about 24 hours after FAU lost 36-31 to Marshall at home.

Conference USA on Sunday announced Kiffin had been disciplined.

Commissioner Judy MacLeod said in a statement the conference was obligated to enforce the “rules and standards regarding sportsmanship which have been adopted by our membership.”