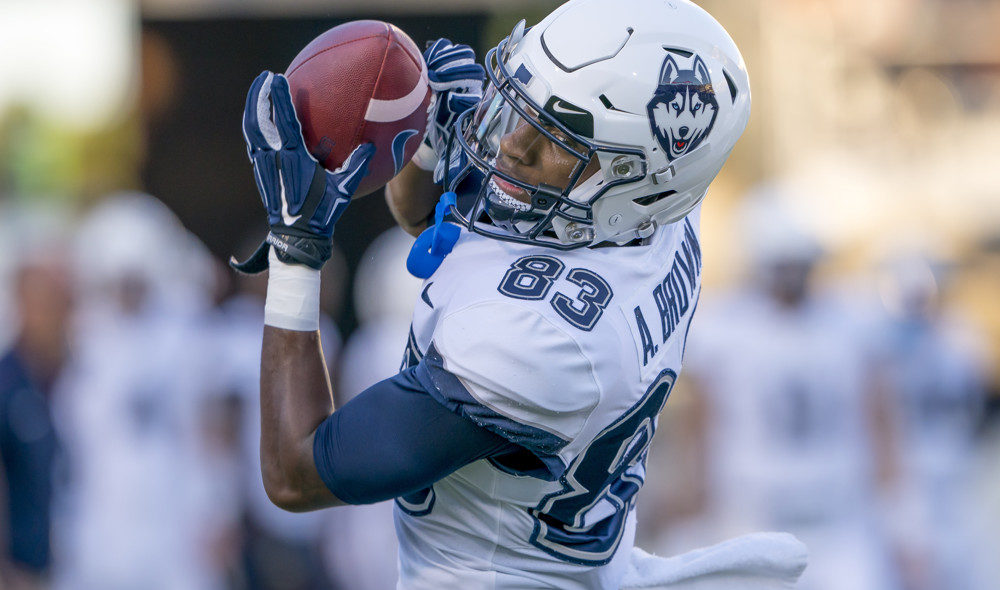 This summer the University of Connecticut announced it is leaving the American Athletic Conference for the glory days of old in the Big East.

The Huskies will participate in all the sports that the Big East sponsors. Football, you may have heard, is not one of those sports.

If you live most anywhere throughout this college football loving nation, the move is a ludicrous, pathetic, rear-view looking wave of the proverbial white flag.

If you live in New England, and you couldn’t care less about college football, then this remarriage with the Big East is a long time coming and the best thing UConn could ever possibly have done. What’s clear is that this move is unique amongst recent conference realignment moves in that football is not the primary driving factor.

As a native Floridian and lover of college football who now resides in Connecticut I can see both sides of the argument.


The reality that UConn has been facing is that fan interest in their most successful sports – men’s and women’s basketball – has dwindled since the fallout from the last round of conference realignment left the school in a conference devoid of it’s traditional opponents and rivalries. Not to mention success, at least on the men’s side, has been harder to come by.

UConn has been gradually losing its place on the national landscape of college sports since it joined The American.

Also, something interesting about sports culture in New England that I did not know before moving here is that college football lags far behind the NFL, MLB, NBA, NHL and NCAA basketball in terms of interest. In other words, in this part of the country, NOBODY. CARES. ABOUT. COLLEGE. FOOTBALL. At least, that’s how it seems.

With the athletic department hemorrhaging money, and fan enthusiasm around its sports programs fading, one can at least understand why administrators would be looking to the past to find their way forward.

The prevailing logic is that this is very bad news for UConn football. There is no doubt that The American is a strong football conference, relative to their status in the Group of 5, and while UConn football was struggling to compete (read: they’re not good), membership in The American, with its strong profile of teams and its new television rights deal, would be better for the football program than where it now finds itself – the wasteland of FBS independence.

Nevertheless, independence is where the Huskies will find themselves.


So, without any further adieu, allow me to present my very official 4-Step Plan for the UCONN football program to achieve national relevance as an FBS independent.

Step 1: Fill schedule with regional rivalries and winnable games to rebuild the fan base

It’s no secret that UConn has trouble filling Rentschler Field for football games. Who wants to watch a bad team Husky team play Tulsa on a cold Saturday in November? Very few people, it turns out.

By all accounts, in the first couple of seasons the program will simply have to focus on filling a 12 game schedule. Once they get through the initial challenges though, Athletic Director David Benedict’s singular goal in putting together a schedule must be to build the fanbase. As much as possible, games on UConn’s schedule should have a regional flavor and should be winnable. That means scheduling series against fellow northeastern independent UMass (already on the books for 2019, 2020 and 2021), plus FCS schools along the lines of Rhode Island and Maine, and Power 5 teams like Syracuse and Boston College (already scheduled for 2022 and 2023).

Winning games and playing familiar opponents will be the cornerstone of rebuilding this fan base, and sets us up for our next step.

Along with winnable and regional matchups, UConn should not shy away from guarantee games against marquee opponents, even if the final score won’t often be encouraging.

Matchups already scheduled at Clemson in 2021 and at Tennessee in 2026 are a good start, but a couple of these games a year would be best.

Step 3: Get on the annual schedule of the prominent independent

Let’s say our first two steps are going well. UConn is growing fan attendance and engagement by winning games against regional opponents and remaining in the national conversation with a couple of games a year against Top 25 teams.

We can safely assume they’ll be able to land regular scheduling agreements with fellow independents New Mexico State and Liberty and probably even the more notable BYU and Army. At this point they’re a fine program for a basketball school, the locals won’t be embarrassed by the mere mention of the UConn football team, and everyone involved can feel pretty good about themselves.

But there’s one big ticket out there. It’s far fetched at the very least. It may even be impossible. But if UConn could somehow compel Notre Dame to grant them a place in their annual lineup, oh boy would that raise the bar.

But the two schools have a pretty good thing going in women’s basketball, so at least we know the ADs talk to one another. That’s a start.

Step 4: Be better at football

Right, so, originally I was writing a 3-Step plan, and it felt like something was missing. This was it.

If steps 1-3 are successful, over time the Huskies will be able to recruit increasingly more talented coaches and players. That should translate to success on gamedays.

The point is, football independence does not have to spell the death of UConn football.

There is a path, albeit narrow and treacherous, to legitimate relevance in the world of college football for the Huskies. And if they get there, then maybe, just maybe, they can create some college football fans in New England.

Ryan Warner has a passion for college football, and a particular interest in the Group of 5 conferences. He graduated from the University of Central Florida in 2006 and currently lives in Wethersfield, CT.