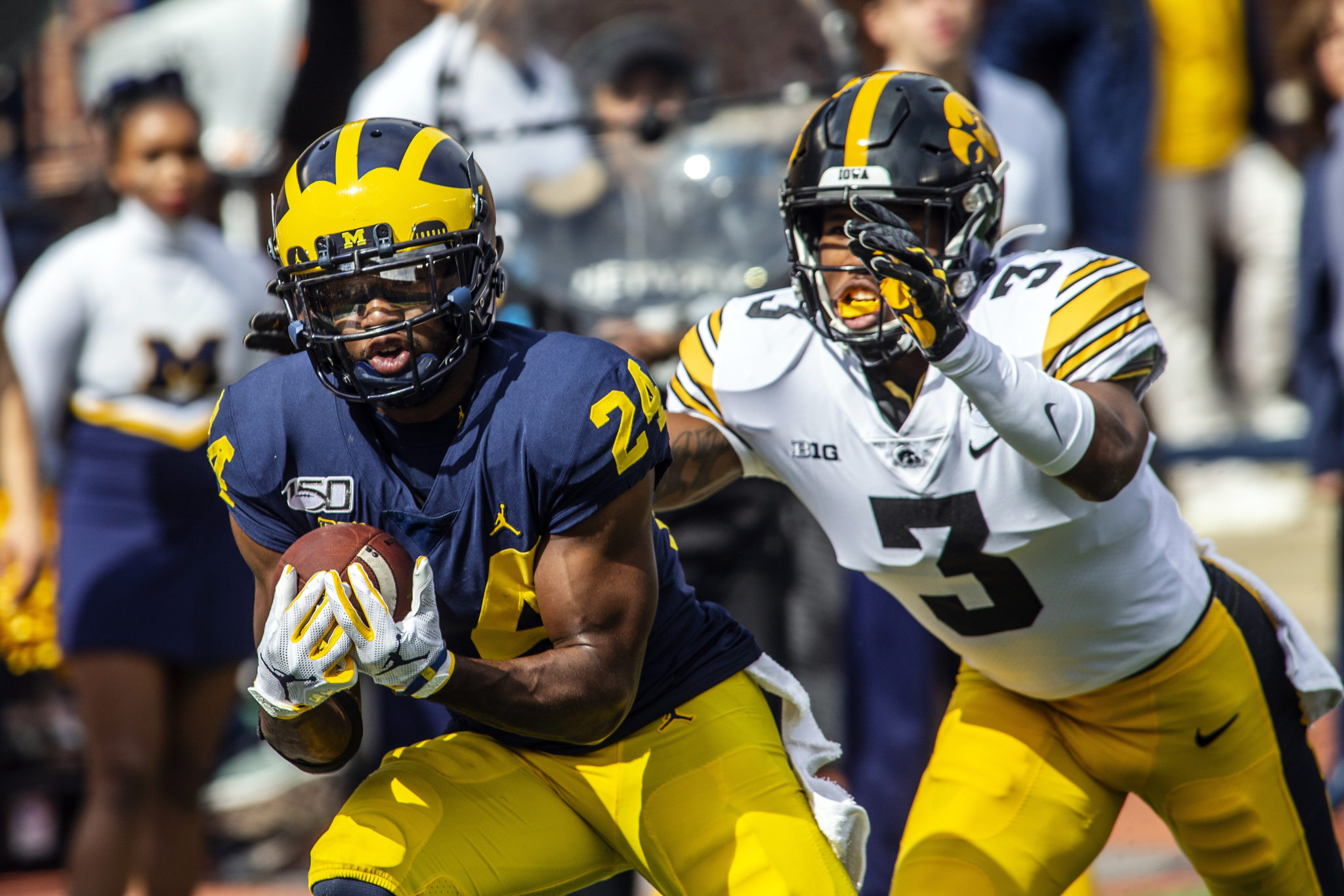 Zach Charbonnet ran for a 2-yard touchdown to give No. 19 Michigan an early double-digit lead and its defense did the rest against No. 14 Iowa, forcing four turnovers and tallying eight sacks in a 10-3 win Saturday.

The Wolverines (4-1, 2-1 Big Ten) were held scoreless over the final three quarters because they could not run or pass effectively, scoring just three points off the Hawkeyes’ turnovers.

Iowa (4-1, 1-1) failed to take advantage of favorable field position on its final two drives with a chance to extend the game or possibly win it with a touchdown and 2-point conversion. The Hawkeyes turned the ball over on downs at the Michigan 44 with 37 seconds left after a penalty- and sack-filled drive forced them to punt with a fourth-and-36 at midfield on the previous possession.

Iowa running back Mekhi Sargent fumbled on his team’s first snap, giving up the ball at the Hawkeyes 18. Michigan, though, had to settle for a field goal after gaining just 6 yards. The Wolverines took a 10-0 lead on their next drive, which started with a 51-yard pass to Nico Collins and finished with Charbonnet’s 2-yard run.


Michigan’s Shea Patterson was 14 of 26 for 147 yards with an interception.

“Shea, in particular, took what was there and sometimes nothing was there,” Harbaugh said. “Managed the game extremely well. Did the job on the turnovers. Won that battle.”

Iowa’s Nate Stanley was 23 of 42 for 260 yards with three interceptions, ending a 139-pass streak without getting picked off.

“They had a great plan as far as their blitzes were concerned,” Stanley said. “They did a lot of things that were very hard on us pickup-wise, probably the hardest we’ve seen all year, and quite possibly the hardest we’ll see all year.”

Iowa: Ball security will become a priority after giving away chances to win at the Big House. The Hawkeyes threw three interceptions and lost a fumble. They entered the game with only one turnover this season, tying Oregon State for the fewest in major college football.

Michigan: Harbaugh hired Josh Gattis to be his offensive coordinator, giving the former Alabama assistant his first shot to call plays and run an offense. So far, it is not going well. The Wolverines failed to move the ball much after scoring 10 points in that opening quarter.

Michigan may move up a little in the poll and Iowa will likely drop in the poll.

Iowa: The Hawkeyes host No. 12 Penn State next Saturday.