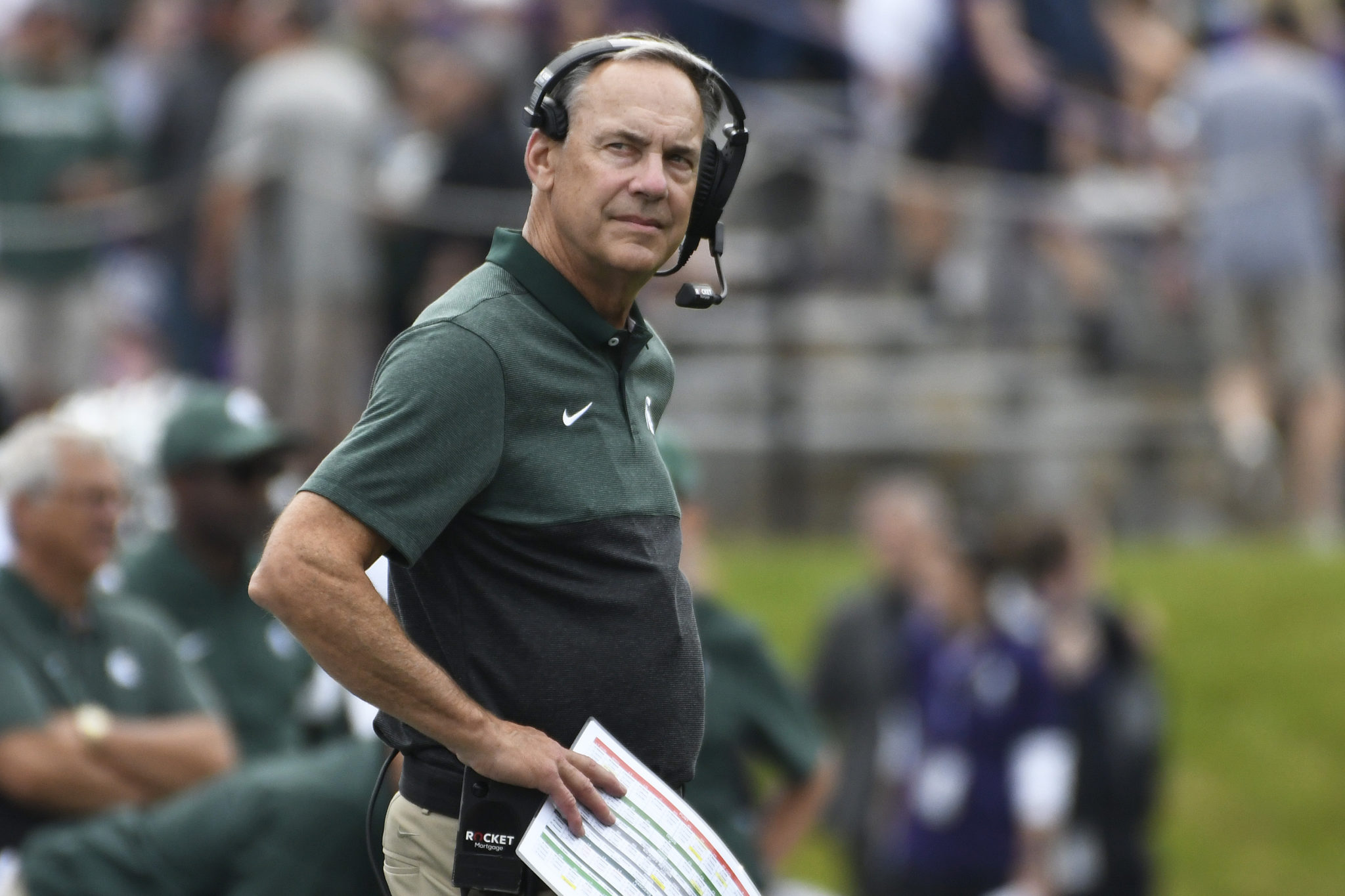 Ohio State coach Ryan Day wants his players to understand Michigan State has a history of spoiling the Buckeyes’ plans.

The Mark Dantonio-led Spartans have beaten Ohio State three times since 2011, more than any other Big Ten team. They face off on Saturday at Ohio Stadium.

In 2013 and 2015, the Spartans stopped the Buckeye’s march toward a national title.

Ohio State was 12-0 and ranked No. 2 in the BCS standings when a 34-24 upset by Michigan State in the 2013 Big Ten Championship knocked the Buckeyes out of the national title hunt.

In 2015, the Spartans beat Ohio State 17-14 on a rainy day in Columbus, spoiling the Buckeyes’ bid for a second consecutive national championship.

Overall, the Spartans have defeated Ohio State 10 times since 1971 when the Buckeyes entered the game ranked in the AP Top 25 .


If any of that can be used for motivation for the fourth-ranked Buckeyes, Day will go with it.

“It’s important to know the history of the two teams, and when they’ve played, what’s happened, and what you’re up against each week,” Day said. “I really think that’s important to teach these kids. They’re 18, 19, 20 years old.”

Ohio State (5-0, 2-0 Big Ten) has beaten the Spartans (4-1, 2-0) the last three times. This team might be the best Dantonio has seen in years. Consider that No. 25 Michigan State prevailed in a 40-31 shootout last week with Indiana, a team the Buckeyes routed with ease 51-10 in week three.

“We’ve had success down there in the past,” Dantonio said. “At the end of the day, if you want to be Big Ten champions or the East Division champions, that goes through Columbus, Ohio. We know that. We expect that. And that’s been the norm here pretty much for some time now.”

It’s all ancient history to the players.

“We’re not focused too much on last year or two years ago, whatever,” Michigan State’s senior quarterback Brian Lewerke said. “We’re focused on what we can get done this year and the offense is confident.”

Here are more things to know ahead of Saturday’s game:

It seemed impossible that anyone could top Dwayne Haskins’ record-setting turn as Ohio State quarterback last year, but Justin Fields is working on it. The Georgia transfer has accounted for 23 touchdowns — 16 passing and seven rushing. The 138 points is second in the nation. He’s the only quarterback in the country with a passing and rushing touchdown in all five games this season.

Joshua Alabi was a surprise starter at right tackle for Ohio State last week against Nebraska and responded with a performance that earned him offensive player-of-the-game honors from coaches. The O-line has been excellent this season. There was no letdown with Alabi, who moved over from his usual left tackle spot. Starter Branden Bowen is back this week, but Alabi likely will get playing time.

Ohio State and Michigan State each have a defensive end who likely will be playing on Sundays next fall. All-American Chase Young has been nearly unstoppable for the Buckeyes, leading the nation with eight sacks and anchoring a defense that is No. 2 nationally. Michigan State’s defense is anchored by Kenny Willekes , who had a season-high 12 tackles against Indiana. He led the conference in tackles-for-loss last season with 20.5 and likely would be in the NFL already had he not broken his leg in the bowl game.