Reality Check: How should we view head-to-head results? 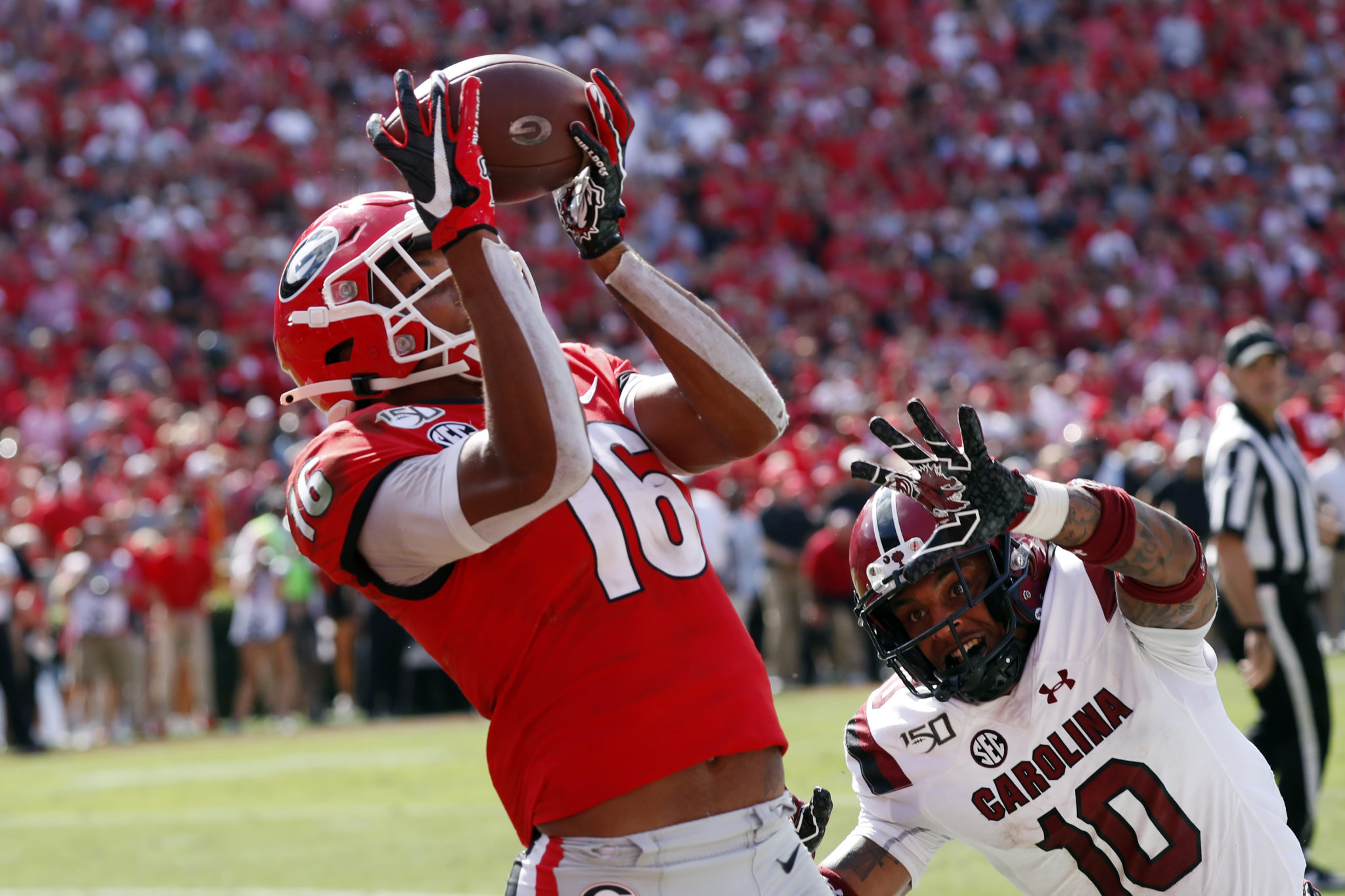 Georgia beats Notre Dame in a close game at home. Georgia loses to unranked South Carolina in double overtime at home. Both Notre Dame and Georgia are 5-1. Which team should be ranked higher: Notre Dame or Georgia?

In the latest AP Top 25 presented by Regions Bank, the poll voters went with Notre Dame at No. 8 and Georgia at No. 10. As the college football season reaches its halfway point, these questions arise more frequently. How much does head-to-head count? How do you weigh resumes when the sample size of big games is still small?

AP voters rewarded LSU, which has now beaten two teams still ranked in the top 15, by moving the Tigers up three spots to No. 2 on Sunday. Alabama is still No. 1, giving the Southeastern Conference the top two teams in AP rankings for the 29th time overall, and 27th time since 2000.

Clemson was nudged back to No. 3 and Ohio State is at No. 4. Which raises another question: LSU’s resume is good enough to get past Clemson and Ohio State, but not Alabama?

It was just a week ago that Reality Check proclaimed a Super Six in college football: Alabama, Clemson, Ohio State, LSU, Oklahoma and Georgia. That six had held the first six spots in the ranking in some order since the preseason. Never before had the top six been so stagnant so deep into a season.

Reality Check leans toward letting head-to-head be your guide at this point in the season.

Reality check: Edge rusher Terrell Lewis, who missed last season with a knee injury, seems to be rounding into form for a defense that needed to boost its pass rush.

Next: at Mississippi State.

Reality check: Based solely on big wins halfway through the season, the Tigers should be No. 1.

Reality check: Prediction: RB Travis Etienne, who had been kind of quiet for a few weeks before going for 127 yards rushing against Florida State, is about to go on a tear.

Next: at Northwestern, Friday.

Reality check: The only team ranked in the top-five nationally in both scoring offense and defense.

Next: vs. West Virginia.

Reality check: The Badgers’ defense has reached the plethora of fun-facts stage after four shutouts in six games. For example, Wisconsin has allowed 29 points this season. Louisville allowed 28 to Wake Forest in the fourth quarter Saturday night.

Reality check: Freshman RB Noah Cain is slowly becoming the Nittany Lions No. 1 back. Too slow for many Penn State fans.

Reality check: The Irish defense ranks fifth in the nation in tackles for loss at 8.83 per game, and they are coming from all angles. Team leader Drew White (1.17 per game) is tied for 55th in the nation and 10 other players are averaging at least 2.0 per game.

Ranked: Too high. This group of five needs a little work.

Next: at South Carolina.

Reality check: Even in a loss, the Gators continue to impress skeptical Reality Check. The SEC East seems very much in play now.

Reality check: It was a bad loss, but everybody calm down. The Bulldogs outgained the Gamecocks by 171 yards, had 14 more first downs and held the ball for 12 more minutes. But four turnovers and some missed kicks and there is your upset.

Reality check: The Tigers can use the Razorbacks to get their offense going before a trip to LSU, where they’ll need a lot more than they have shown so far.

Reality check: The Ducks finally have their wide receivers mostly healthy and now have to worry about the status of star TE Jacob Breeland (leg).

Reality check: The Utes have allowed 11 runs of 10-plus yards (second best in FBS) and one run of 20 yards or more (also second best).

Reality check: QB Hack Bachmeier (hip) left the game early against Hawaii, but that might have been more caution than necessity.

Reality check: The Longhorns need to tighten up their tackling if they’re going to earn a second chance at Oklahoma.

Ranked: Feels too high, even with a couple of ‘quality losses.’

Reality check: Well, here we are again Michigan. Another chance to win a big game on the road under Jim Harbaugh.

Reality check: Freshman QB Jayden Daniels ranks 13th in the country in total offense per game (301.3), one spot ahead of Arizona’s Khalil Tate (301.0).

Next: at Oklahoma State.

Reality check: The Bears could be without excellent LB Clay Johnston (knee) for the rest of the season.

Reality check: The American contenders are lined up to knock each other off. The Mustangs have the advantage of missing No. 21 Cincinnati and UCF from the East Division.

Reality check: Sometimes a team will win a few confidence-building close games early in a season and it just keeps getting better. That’s the Gophers, taking advantage of an accommodating schedule.

Reality check: The Bearcats are plus-6 in turnover margin, tops in the AAC.

Reality check: Pop quiz: The best defense in the SEC belongs to … ? If you said the Tigers at (4.04 yards per play) you probably looked it up.

Reality check: For a team that’s supposed to have a good offensive line, the Hawkeyes have had a time protecting their quarterback against quality defenses.

Reality check: The Mountaineers are trying to work their way into the New Year’s Six conversation.

Reality check: The Huskies’ offense disappears at times, especially in the red zone.

Instead of Iowa how about Tulane and maybe sticking with Wake Forest?