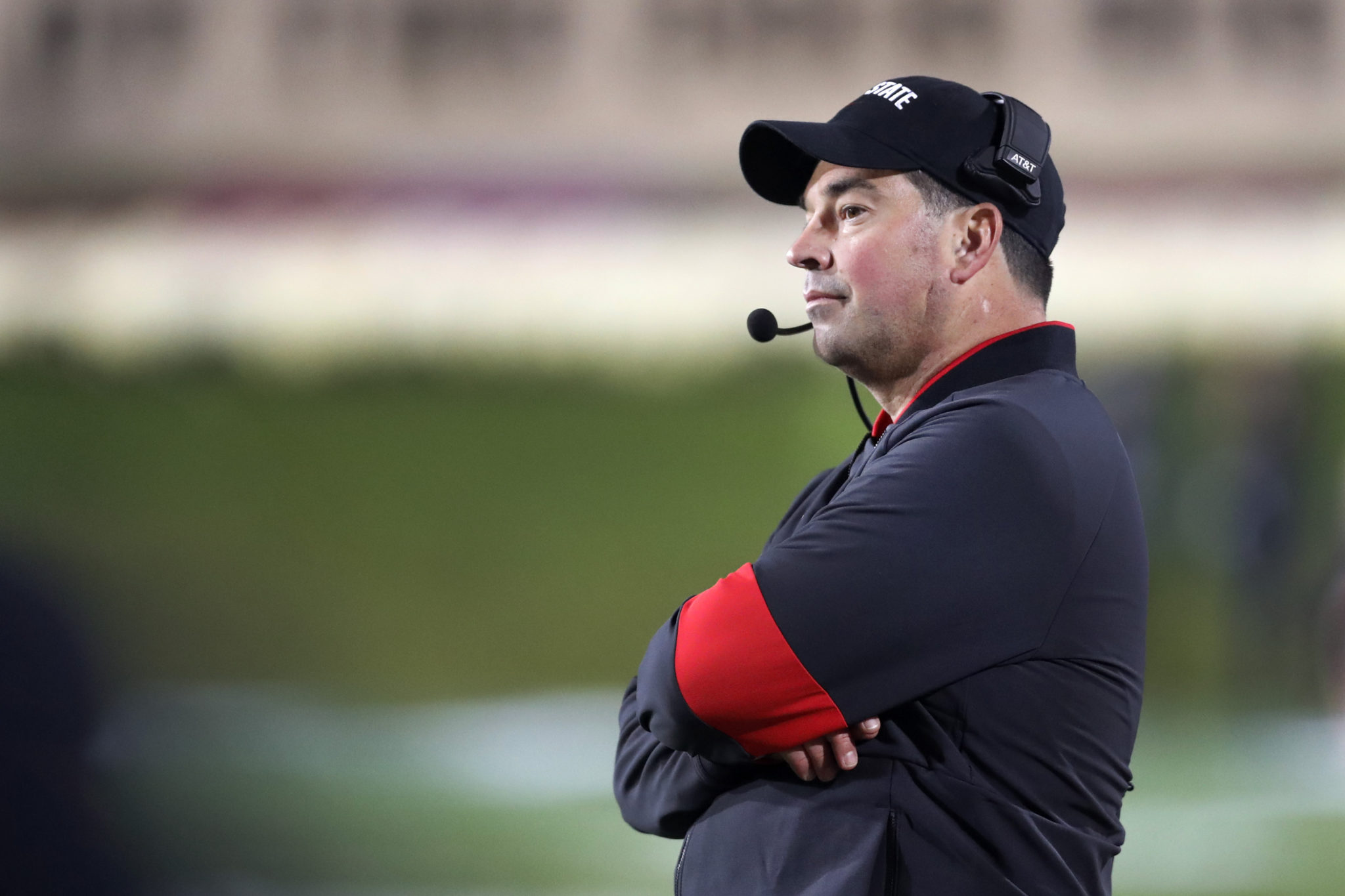 Though Ohio State’s matchup with Wisconsin this week is no longer a showdown of unbeaten top-10 teams, Buckeyes coach Ryan Day says that doesn’t change a thing.

The Badgers (6-1, 3-1 Big Ten) suffered a shocking 24-23 loss to Illinois last Saturday after being favored by more than 30 points. The setback dropped Wisconsin to No. 13 and took the sheen off what would have been one the nation’s top games this week.

Day said the Badgers’ loss doesn’t make them any less skilled and dangerous or make the matchup any less intriguing. And the No. 3 Buckeyes (7-0, 4-0) won’t be preparing any differently for a clash of the nation’s two best defenses.

“They’ve got great players on each side of the ball, NFL players,” Day said. “Last week, it is what it is. It’s college football. You have to bring it every week. It’s the same thing with us. We have to bring it this week. It has to be our best game of the year.”


The Buckeyes will have to work to top what they’ve done already.

Ohio State has outscored seven opponents by a total of 348-56. That’s an average margin of almost 42 points. It is the first team since 1973 to start a season with seven wins by 20 points or more.

Quarterback Justin Fields is in the top 5 nationally in touchdown passes and has accounted for 30 touchdowns, second in the nation behind LSU’s Joe Burrow.

Taylor became the fourth FBS player to reach the 5,000-yard rushing mark in his first three seasons. But he and the other Wisconsin runners struggled in critical situations last week. He had a fumble late in the game that killed a Badgers’ drive at the Illinois 19.

“They’re resilient,” Wisconsin coach Paul Chryst said of his team. “And we have to turn the page fast.”

Wisconsin and Ohio State enter the game with the No. 1 and No. 2 defenses in the nation, respectively. Both are allowing under 4 yards per play and 10 points per game.

The Badgers had come into last Saturday’s contest with four shutouts, having allowed a total of four touchdowns and 29 points in six games. They had beaten their last two opponents by a combined score of 86-0.

“I feel like we didn’t have the fire we had in previous games going in,” linebacker Zack Baun acknowledged.

Day and his team know what it’s like to slip up. Inexplicable losses to unranked Purdue last season and to Iowa in 2017 kept the Buckeyes on the outside looking in when the playoffs came around.

“You cannot let one get away,” Day said. “And this is going to be as hard as it gets. These guys are coming off a tough loss, they’re going to be more hungry coming in here.”