Auburn hangs on for a 20-14 victory over Ole Miss 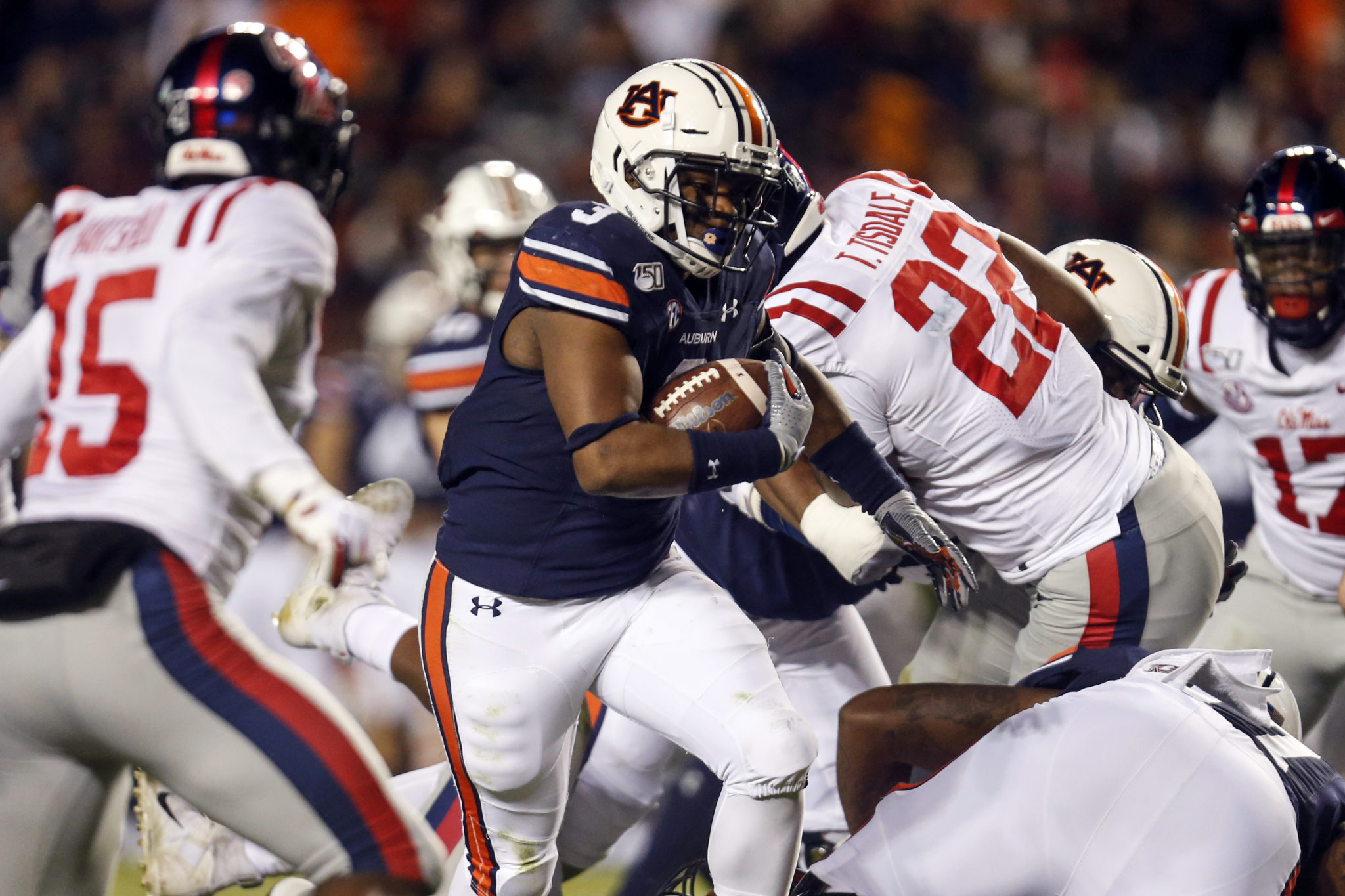 Bo Nix passed for a career-high 340 yards and had a 1-yard touchdown and No. 11 Auburn held off Mississippi 20-14 on Saturday night.

The Tigers (7-2, 4-2 Southeastern Conference) mostly dominated on the stat sheet but struggled to put the 19-point underdogs away after repeated stalled drives and three missed field goals. Anders Carlson’s third miss, a 47-yarder with 1:14 to play, gave Ole Miss (3-6, 2-4) a shot at a winning drive.

The Rebels, who had no timeouts left, quickly moved from their 31 into Auburn territory. Plumlee hit Braylon Sanders for an 18-yard pass and then ran 20 yards.

Finally on fourth-and-3 from the 35, Plumlee scrambled around and made a desperation heave under pressure. Christian Tutt intercepted the ball and raced most of the way to the other end zone. And Auburn, which was coming off a 23-20 loss at No. 1 LSU, managed to survive.


Nix completed 30 of 44 passes, including a 78-yarder to Harold Joiner that set up Auburn’s first touchdown. Fellow freshman D.J. Williams got most of his 24 carries and 93 yards in the second half. Anthony Schwartz gained 89 yards on nine catches, including a 50-yarder.

Plumlee led the Rebels on a 15-play, 91-yard touchdown march late to cut it to one score. Jerrion Ealy burst outside on fourth-and-1 from the 5 to set up Snoop Conner’s 1-yard run with 5:45 left. Auburn was flagged for two personal fouls on the drive.

Then Nix answered in the battle of freshman quarterbacks with a drive that included three passes for first downs and worked most of the clock down.

Auburn outgained the Rebels 507-266 in total yards but couldn’t convert much of that production into points. Carlson did make kicks of 20 and 38 yards.

Mississippi: Couldn’t generate much of a passing game. Cut it to 10-7 at halftime with Plumlee’s 4-yard scamper with 44 seconds left. It was set up by Elijah Moore’s 55-yard punt return.

Auburn: First four drives generated 157 yards, two missed field goals, a fumble and a punt. But the defense remains one of the league’s stingiest.

Auburn safety Jeremiah Dinson missed the game with a virus and was replaced by Jamien Sherwood. Defensive end Marlon Davidson sat out with lower back tightness, with Derick Hall starting in his place.