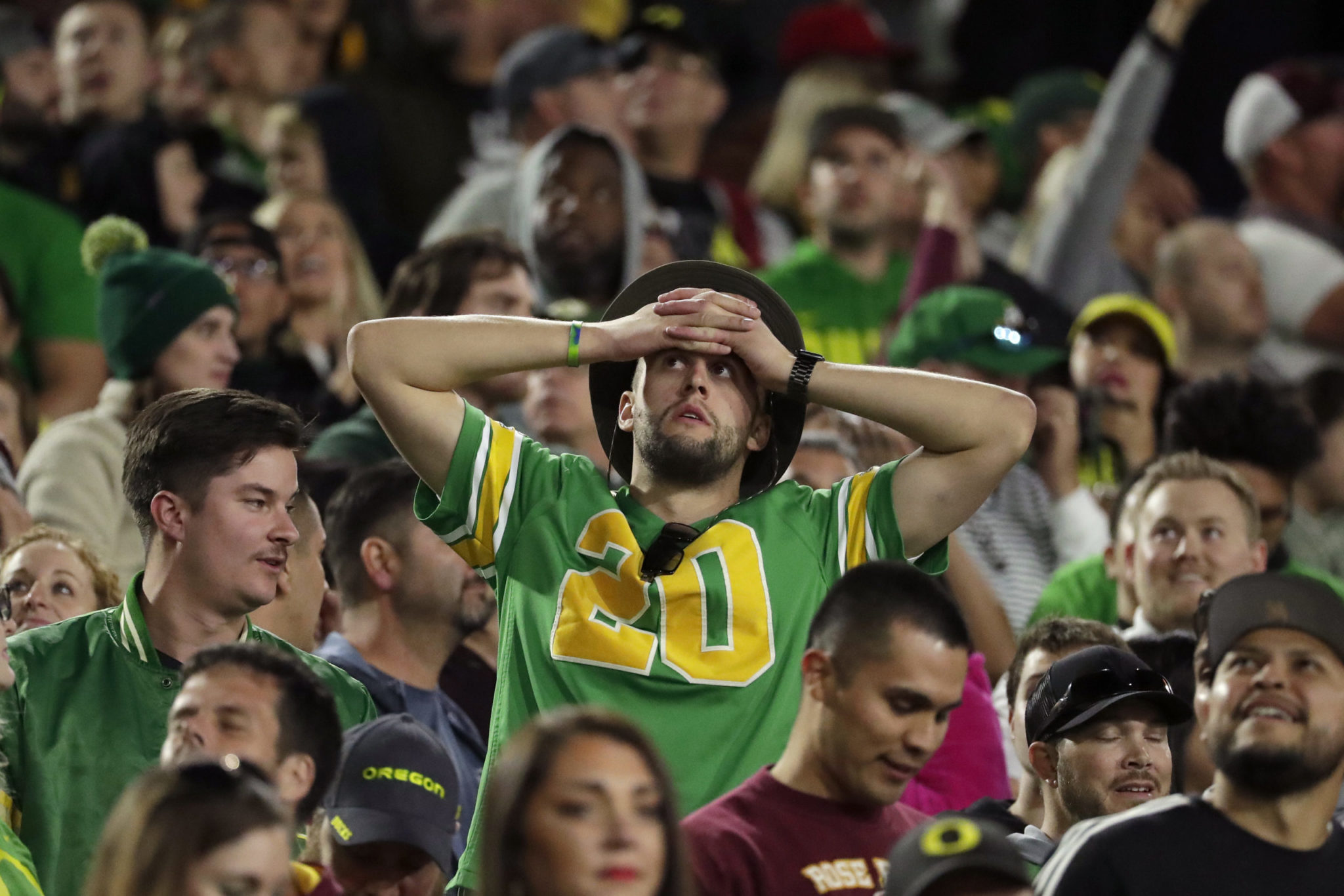 Arizona State (6-5, 3-5 Pac-12) ended Oregon’s College Football Playoff hopes and its nine-game winning streak. The Sun Devils snapped a four-game losing streak with their first victory over a top-five team since Oct. 14, 2017, against then No. 5 Washington.

Oregon (9-2, 7-1) has clinched the Pac-12 North title and a place in the conference championship game.

The Sun Devils held on after Oregon scored three touchdowns in a 6:38 span in the wild fourth quarter.


The Ducks, down 24-7 with 8:42 to play, scored twice on three-play drives. It took them 59 seconds to make it 24-14 on Cyrus Habibi-Likio’s touchdown run, then 43 seconds to get Herbert’s scoring pass to Johnny Johnson III.

Then, with Arizona State facing third-and-16, Daniels hit Brandon Aiyuk in stride for an 81-yard touchdown strike with 3:54 to play.

Herbert and Johnson connected again for a touchdown with 2:04 left, but Arizona State was able to run out the clock.

Daniels found holes in the secondary all night, hitting Frank Darby for touchdown passes of 57 and 26 yards. Daniels had eight completions of 17 yards or more as Arizona State scored 21 straight points after trailing 7-0 in the first quarter.

Daniels completed his first 12 passes of the game.

Aiyuk had seven catches for 161 yards, Darby finished with four catches for 125 yards and running back Eno Benjamin had 168 total yards. Christian Zendejas made three short field goals, including a 22-yard kick for a 17-point lead.

Arizona State got the game’s only two takeaways, the first an interception by Jack Jones on the first play of the fourth quarter. Four plays later, Daniels hit Darby in the back of the end zone for a 26-yard touchdown pass, then found Benjamin for the 2-point conversion and a 21-7 lead. After throwing just one interception in the first eight games of the season, Herbert has four in his last three games.

Oregon: The Ducks will certainly fall in the College Football Playoff standings next week, and Herbert was inconsistent until the final minutes, when Oregon made a valiant comeback but couldn’t complete it. And a defense that had been one of the Pac-12’s best this season was torched for 535 total yards.

Arizona State: The students rushed the field to celebrate the Sun Devils’ signature win of the season, and it made them bowl eligible with their sxth win. They made enough defensive stops through three quarters to take a big lead and keep it, and ripped a secondary that came in with 17 interceptions on the season.

Arizona State hosts Arizona in the Duel in the Desert game Saturday night.

Jose M. Romero is a reporter for The Associated Press.