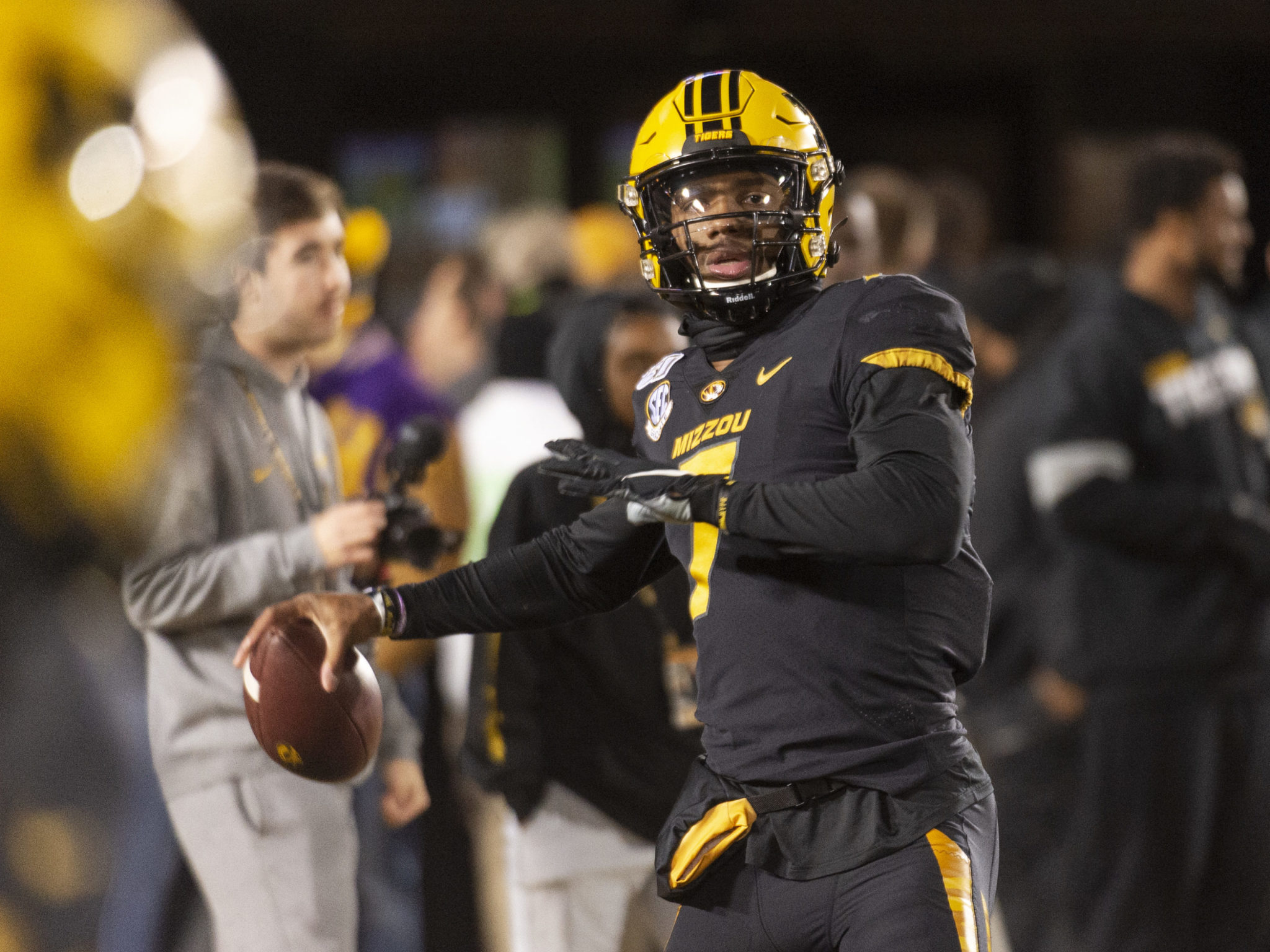 The NCAA rejected an appeal by the University of Missouri to limit or overturn sanctions for infractions tied to the case of a former tutor Tuesday, angering school officials and leaving in place postseason bans in three high-profile sports along with other restrictions.

The school had filed a 64-page brief to the NCAA’s appeals committee in March, arguing that the penalties handed down Jan. 31 were contrary to precedent, not supported or appropriate given the nature of the allegations and could have a chilling effect on future NCAA enforcement.

The five-member NCAA infractions appeals committee rejected those assertions, and said in its decision Tuesday that it was “hesitant to overturn a penalty within the appropriate penalty guidelines unless there is a clear indication of arbitrary decision-making.”


“Last night when we received the decision, obviously very disappointed and then shock set in. Now I’m just angry,” athletic director Jim Sterk said at the Sprint Center, where the Missouri men’s basketball team was playing in the consolation game of the Hall of Fame Classic. “I’m angry because of our student-athletes and coaches who were wrongly affected by this decision.”

The Tigers’ basketball programs were not involved in the case.

“The NCAA has proven once again,” Sterk said, “that they cannot affectively serve its members and student-athletes they’re supposed to protect. The decision today is just wrong.”

The case in question dates to 2016, when tutor Yolanda Kumar acknowledged she had violated NCAA rules by doing course work and ensuring athletes in football, baseball and softball passed certain courses. The school immediately launched an investigation and self-imposed many penalties, hoping its proactive approach would curry favor when the NCAA rendered its punishment.

The Tigers were instead hit with postseason bans and scholarship and recruiting restrictions in each sport while the entire athletic department was placed on probation.


“Today’s decision was disappointing and appalling, to have this type of conclusion to the process,” Missouri chancellor Alexander Cartwright said. “This decision has made that difficult for us to determine what should be done when there is a compliance case.”

School officials even disseminated a spreadsheet comparing sanctions handed down to Mississippi State in August following a similar case. The Bulldogs’ football program was hit with far less severe scholarship and recruiting restrictions and no postseason ban.

“No one can look at the Missouri case and the Mississippi state cases, which have almost identical violations, and see that common sense was used,” Sterk said. “There was no logic in today’s decision.”

The Tigers would have qualified for a bowl game by beating Arkansas on Friday, and the school estimated that its share of lost conference bowl revenue would be about $10 million.

“I hate the news for our program and for our seniors who have represented the university in a very positive way,” football coach Barry Odom said. “This decision negatively impacts their short experience in life as college student-athletes who had nothing to do with this situation. It’s a tough lesson to be dealt, but they will learn from this and motivationally use it later in life.”

Missouri said about 180 student-athletes across the three sports were ultimately punished by the postseason ban, even though they had nothing to do with the case. Many were still in high school when Kumar did course work for 12 players in the football, baseball and softball programs.

“I am absolutely heartbroken and disappointed by the committee’s decision,” softball coach Larissa Anderson said. “The NCAA claims to value the student-athlete experience, but this decision continues to cause unnecessary harm to a group of innocent student-athletes.”

The penalties could have long-term ramifications for Missouri, too.

The school has struggled for both success and relevance in its highest-profile sports since it left the Big 12 for the Southeastern Conference, and now the Tigers now must deal with recruiting and scholarship reductions that put them at an additional competitive disadvantage.

“I think there’s a lot of talk and a lot disgruntled people. Where we go from here, I don’t know,” Sterk said. “There needs to be reform in the NCAA system to gain back some credibility. The credibility every day, every week, keeps eroding on this case.”

U.S. Sen. Roy Blunt, a longtime Tigers fan who blasted the initial penalties, issued a statement Tuesday in which he said “the NCAA made the absolute wrong decision here.”

“The facts in this case clearly do not support these unfair, unwarranted sanctions,” Blunt said. “The University of Missouri did the right thing by self-reporting the actions of the tutor and a small number of players. The NCAA is punishing current players for actions that occurred years ago.”

SEC Commissioner Greg Sankey, who was kept apprised of the case during the initial investigation and when Missouri filed its appeal, said there must be a balance between accountability and reprimand.

“It is regrettable that so many innocent current Missouri student-athletes across three sports will miss postseason opportunities due to actions for which they were not responsible,” he said. “While it is important to hold accountable those individuals who engage in unethical behavior and conduct that fails to meet our expectations for integrity in college athletics, it is also important to fully consider the nuances and unique set of circumstances present in each case.”