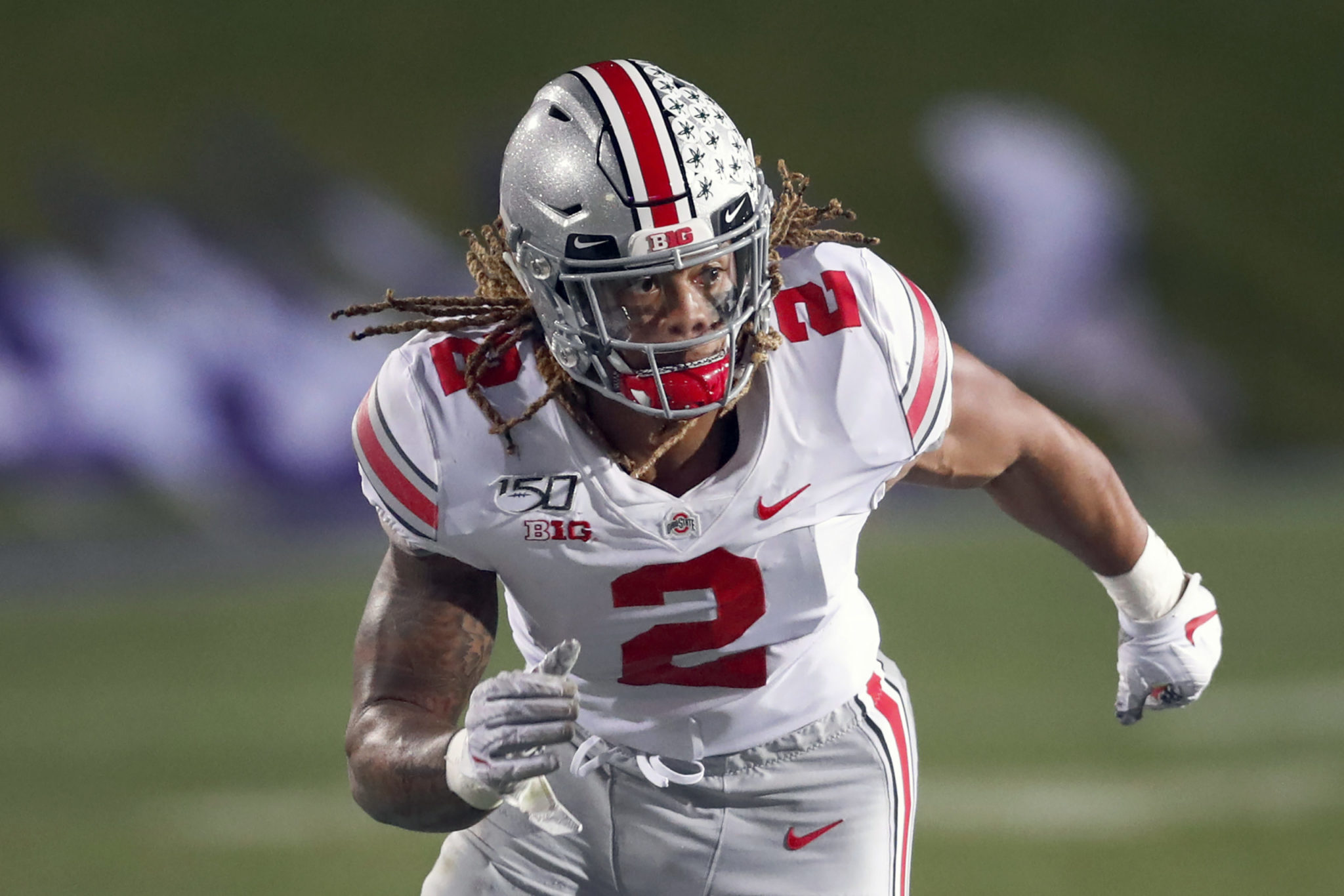 Ohio State has turned one of the greatest rivalries in sports into a one-sided series against Michigan by simply having more talent on the field.

That seems to be true throughout the rosters and it makes the largest difference on the offensive and defensive lines, where the biggest players on the field can control The Game.

The Buckeyes (11-0, 8-0 Big Ten) are the top team in the College Football Playoff rankings and are No. 2 in The Associated Press poll at least in part because Urban Meyer left first-year coach Ryan Day with a roster full of highly touted recruits.

Jim Harbaugh, meanwhile, has been unable to match his style points on the recruiting trail with enough significant signings to beat Ohio State on the field.


Michigan’s coach was hailed as the man who could make college football’s winningest program respectable in The Game again, but he has fallen short four times.

The 10th-ranked Wolverines (9-2, 6-2, No. 13 CFP) are certainly not devoid of game-changing players, but they have not matched up well with their rivals in the past and that’s not expected to change Saturday at home.

Recruiting rankings help to explain why Ohio State has won seven consecutive games for the second time in 15 years and is a victory away from a school-record winning streak in the series.

Michigan had the better recruiting class earlier this year for the first time since 2010, according to 247 Sports composite rankings, and those talented freshmen aren’t enough to overcome the sea of five-star players with superior size and skill in scarlet and gray.

The Buckeyes, however, are on pace to have a recruiting class rated higher than Michigan’s in 2020.

Day said he keeps close tabs on the Wolverines’ recruiting efforts, posting a list of their prospects for his staff to see.

“Compare our guys to theirs just about every day, every week,” he said.

Day said Michigan’s recruiting outlook have been posted in Ohio State’s facility since he was an assistant for Meyer.

“It just gives you some awareness of where we’re at, the battles that we’re in against certain guys,” he said. “We rank our people. We just want to always know exactly who those guys are because we know we’re going to be playing them. That’s what’s important.”


Ohio State lost a star on the defensive line when Nick Bosa chose to enter the NFL draft last year before his senior season, but the program had plenty of players to fill in.

Chase Young was ranked No. 7 overall coming out of high school and has developed into a Heisman Trophy candidate. Fellow defensive end Zach Harrison was rated as the top recruit at his position last year, No. 12 overall, and he hasn’t even cracked the starting lineup.

On offense, sophomore guard Wyatt Davis was a five-star recruit ranked as the top player at his position and has lived up to the billing.

Michigan has a quartet of four-star recruits and a three-star prospect among its starting offensive linemen.

Senior guard Ben Bredeson, a second-team All-America player last year, is the best of the bunch and was rated No. 39 overall coming out of high school in Wisconsin.

“At times, throughout the season, it has felt like 7-on-7,” Patterson said. “A lot of credit goes to those guys.”

The Wolverines signed some of the top recruits in the country to play on the defensive line when they landed Rashan Gary and Aubrey Solomon, but Gary skipped his senior year to enter the draft and Solomon transferred to Tennessee.

That left four- and three-star recruits — Kwity Paye, Carlo Kemp and Aidan Hutchinson — none of whom was ranked among the top 100 overall to match up with elite talent on the other side of the line.

“Last year, they had a really good front last year, so they were able to run a lot of different stuff,” Davis said. “Not saying that they don’t have a great front this year, they do.”