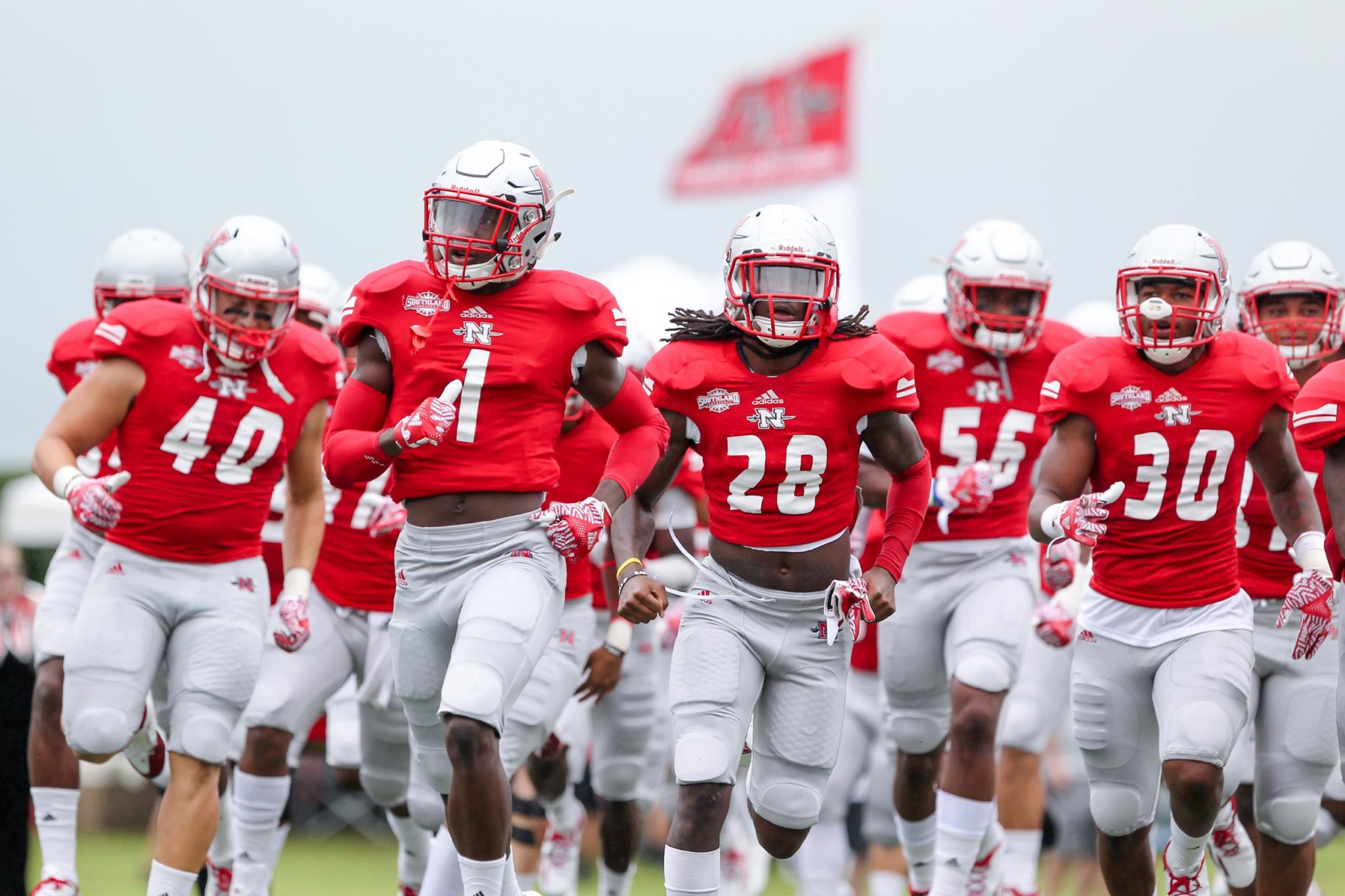 While the top eight seeds received byes in this weekend’s opening round of the 24-team Football Championship Subdivision playoffs, the eight games set to kick-off on Saturday afternoon — a half-dozen of which could arguably go either way — should be one of the most exciting first rounds in recent memory.

There are quite a few evenly matched teams facing each other this weekend and, unlike last year when there were five first-round games decided by a couple of touchdowns or more, it will be somewhat surprising if there are more than one or two blowouts on Saturday.  With the possible exceptions of two-time defending national champion North Dakota State (12-0) and second-ranked James Madison (11-1), whose only loss was a narrow 20-13 setback in the season opener against FBS West Virginia in Morgantown, that’s how much parity there appears to be in the FCS this year.

Here’s a look at Saturday’s games:

The nation’s only independent, North Dakota surprised some folks, especially those expecting New Hampshire, Towson, Southern Illinois, South Carolina State and perhaps Eastern Washington to be named by the FCS selection committee, when it received one of the fourteen coveted at-large bids on Sunday.

But the Fighting Hawks, who played six nationally-ranked teams this season while winning four of their last five games, including a stunning 16-12 upset of Montana State in late October and a near-upset of third-ranked Weber State in Ogden two weeks later, were certainly worthy of an at-large bid.


Nicholls, which clinched the Southland Conference championship with a thrilling 28-27 victory at Southeastern Louisiana last Thursday, will enjoy a home field advantage.  The Chase Fourcade-led Colonels, who have won four in a row, were 4-1 in Thibodaux this season.  Their lone loss at John L. Guidry Stadium was a 37-31 overtime setback to Abilene Christian on Homecoming Day in late October.

This should be one of the most interesting matchups on Saturday, but don’t be surprised if North Dakota, which will officially join the Missouri Valley Football Conference next fall, advances to play longtime rival North Dakota State in Fargo in the second round.

The Crusaders, who clinched the Patriot League championship with a convincing 24-0 shutout of visiting Georgetown on Saturday, will be a decided underdog against the red-hot Big South champions.

Monmouth, which has defeated Holy Cross in two of their last three meetings, including a 48-36 win in Worcester, Massachusetts, in 2017, closed the regular season with eight straight victories.  That winning streak included a 45-21 road drubbing of conference preseason favorite Kennesaw State on Nov. 2.  The explosive Hawks, moreover, scored 45 or more points in six of those contests.


On the surface, it would appear that Holy Cross will likely have a difficult time avoiding a massacre at Monmouth.

With the nation’s leading rusher in the FCS in running back Pete Guerriero, a 5-10, 190-pound junior from Lyndhurst, N. J., who has rushed for 1,688 yards and fourteen touchdowns on 256 carries this season, and a capable quarterback in redshirt senior Kenji Bahar, Monmouth’s all-time leading passer in both total yards and touchdowns — throwing for an impressive 3,262 yards and twenty-eight TDs this year — this could be one of the few genuine mismatches on Saturday.

Guerriero and Bahar are both on the watch list for the Walter Payton Award, given annually to the top offensive player in the FCS.

Then again, Holy Cross and Monmouth, both of whom are making only their second playoff appearances in program history, played one common opponent this year — lowly Lafayette — with Monmouth narrowly prevailing against the upset-minded Leopards 24-21 in Week Two and Holy Cross losing at home to Lafayette 23-20 three weeks ago.  Lafayette played both teams really well, much better than expected, so that doesn’t tell us a whole lot.

Making its third consecutive FCS playoff appearance, ninth-ranked Kennesaw State enters Saturday’s game at Wofford with the leading rushing attack in the country.  The Owls, who have won three straight after stumbling against Big South rival Monmouth in early November, are averaging 350 yards on the ground per game and have scored an eye-opening 53 rushing touchdowns in 2019.

Boasting a pair of the best rushing attacks in the country, the two teams met in last year’s second round of the FCS playoffs with KSU prevailing 13-10 in a surprising defensive struggle at Fifth Third Bank Stadium in Kennesaw, Georgia.


Wofford, which clinched the storied Southern Conference title with a 24-7 victory over Furman two weeks ago, would like nothing more than to return the favor this time around.

This promises to be a good one and could go either way.

The winner will travel to Ogden to take on third-seeded Weber State (9-3) in the second round.

To the delight of its long-suffering fans, Austin Peay captured the Ohio Valley Conference for the first time in 42 years with a 35-7 pummeling of Eastern Illinois this past weekend, but the long-awaited celebration might prove to be short-lived when Furman, making its eighteenth playoff appearance, travels to Fortera Stadium in Clarksville, Tennessee, to play the Governors on Saturday.

Look for the sixteenth-ranked Paladins — a feisty squad that nearly upended FBS foes Georgia State and Virginia Tech, losing to both by a combined thirteen points — to come away with a hard-fought win in this first round contest.

The winner advances to take on fourth-seeded Sacramento State (9-3) on Dec. 7.

It’s sort of surprising that Greg Gattuso’s Albany Great Danes, who struggled against the likes of 2-10 Rhode Island, were awarded the home field advantage in this one.  It was probably a case of the FCS Selection Committee throwing a bone to the Colonial Athletic Association (CAA) after snubbing New Hampshire and Towson and only awarding two at-large bids to the conference.

A year ago, the CAA had a record six playoff qualifiers.


Coming off an impressive 43-10 shellacking of NEC preseason favorite Duquesne in the regular season finale on Saturday, Central Connecticut State could have been unbeaten were it not for a late blocked punt against FBS Eastern Michigan on Sept. 21.

CCSU is probably the better team here, but look for this one to go down to the wire.

The winner travels to Bozeman to take on the fifth-seeded Montana State Bobcats (9-3) — an easy 48-14 winner over rival Montana this past weekend.

It’s difficult to say what might happen in this one at Strawberry Stadium in Hammond, La.  Southeastern Louisiana wasn’t even sure it would receive an at-large until its name was called on Selection Sunday, let alone host a first round game.

Villanova, which won its last three games, started the season strong by winning its first six games before losing three straight against James Madison, Stony Brook and New Hampshire.  The Wildcats have since regained their momentum and were clicking on all cylinders in Saturday’s 55-33 drubbing of rival Delaware.


Quarterback Daniel Smith, a junior from Leesburg, Va., was sensational in that game, throwing for 378 yards and five touchdowns, including an 82-yard touchdown strike, while rushing for 44 yards and another score.

It could be a nail-biter, but look for Mark Ferrante’s Wildcats, returning to their early season form, to narrowly prevail on Saturday.

The winner will face the No. 6 seed Grizzlies of Montana (9-3) in the second round game in Missoula, Montana.

Northern Iowa should easily prevail in this one against the Pioneer League champions.

San Diego, which is making its fifth playoff appearance, has won thirty-seven consecutive conference games — second only to Duquesne’s all-time record of 39 straight victories in the MAAC — but the non-scholarship Pioneer League is a far cry from the rough-and-tumble of the Missouri Valley Football Conference.


UNI, which nearly knocked off then-No. 21 Iowa State in its season opener — falling to the nationally-ranked Cyclones 29-26 in triple overtime — was 6-0 in Cedar Falls during the regular season and should remain perfect at home on Saturday.

This could be one of the few lopsided playoff games on Saturday.

Despite some lingering questions about its offense — questions that only grew louder following Saturday’s 21-3 loss at Youngstown State — Illinois State returns to the FCS playoffs for the first time in three years.

Making its eighth overall appearance in the FCS playoffs, ISU advanced to the championship game in 2014, losing to North Dakota State 29-27.

Relying heavily on their defense, the Redbirds have played well on the road this season.  Before Saturday’s setback at Youngstown State, Illinois State had won four of five games away from home, including a 21-7 win over Southern Illinois in Carbondale on Oct. 12th and a stunning 27-18 upset of then fourth-ranked South Dakota State in Brookings, S.D., on Nov. 9th.

Look for the Redbirds — one of four teams from the MVFC to make the playoffs — to hang tough against Southeast Missouri State in Cape Girardeau on Saturday in what should be one of the most evenly-matched games of the first round.