Shepherd and Lindenwood pull stunning upsets in opening round of Div. II playoffs 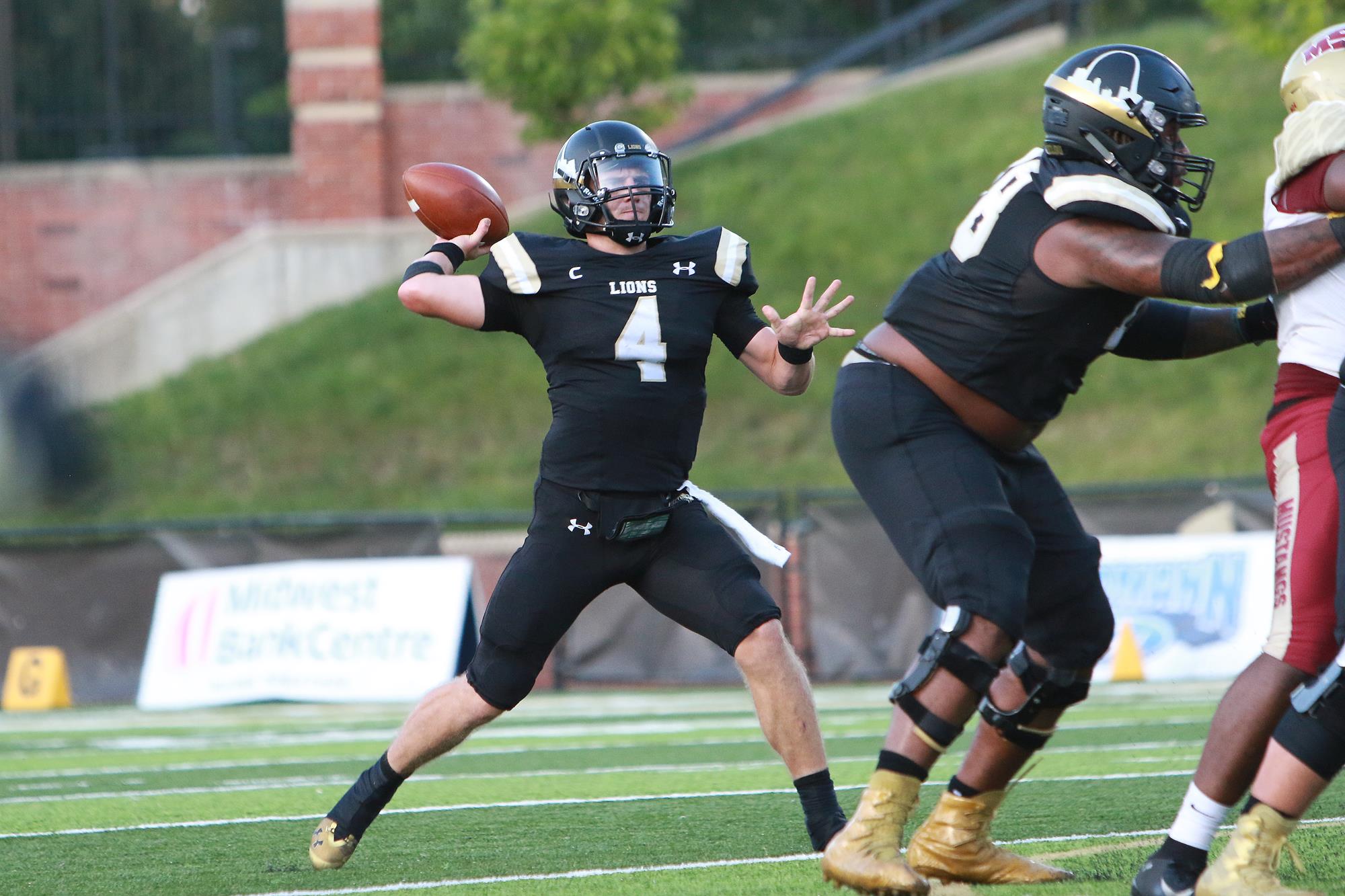 Bagent, who completed 25 of 39 passes for 389 yards, fired four touchdown passes in the nip-and-tuck affair, including a 52-yard strike to wide receiver Dylan Brewer in the closing seconds of the first half.  Shepherd amassed 516 total yards in earning the first-round victory.

Indiana ended the season with a 10-2 mark.

The 25th-ranked Rams, who have won eight consecutive games after starting the season at 2-2, will play top-seeded Slippery Rock (11-0) on the road next weekend in the second round.  As the No. 1 seed in Super Region One, The Rock received a first-round bye.


Unranked Lindenwood (9-3), however, pulled the biggest upset of the day when it shocked previously undefeated Ouachita Baptist — the nation’s fifth-ranked team — before a crowd of 4,639 in Arkadelphia, Arkansas.  The host Tigers finished the season at 11-1.

There were 927 total yards in the shootout with explosive OBU accounting for 482 of them.

Lindenwood, which went undefeated in the Great Lakes Valley Conference, but lost non-conference matchups to FCS Eastern Washington, sixteenth-ranked Midwestern State University and Davenport University, advances to the second round where it will face 11th-ranked Northwest Missouri State — a narrow 7-6 winner over Harding in today’s first round.

In what can only be described as a thrilling opening round, Saturday’s twelve playoff games included more than its share of nail-biters with eight of the games being decided by a touchdown or less.

While Colorado State-Pueblo won comfortably in shutting out Augustana 17-0, the only real blowouts in the first round were No. 2 seed Lenoir-Rhyne’s 36-7 drubbing of Miles College and West Florida’s convincing 38-17 win over Wingate.

The No. 19 Argonauts (9-2), who led 31-3 in the third quarter, will face defending national champion Valdosta State (10-0) next Saturday in Valdosta.  Valdosta State narrowly defeated West Florida 26-21 during the regular season.


Here are the first round results: