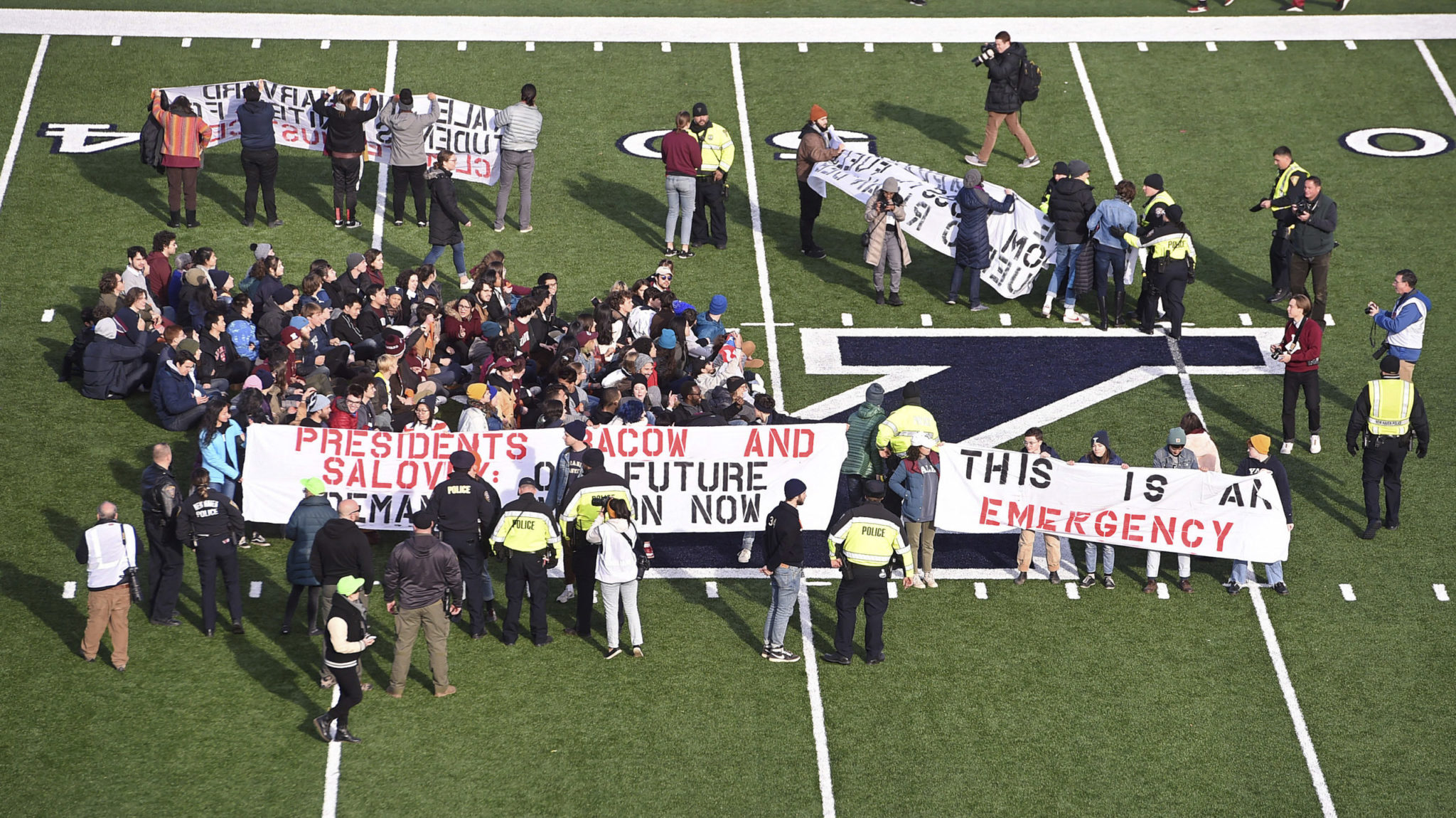 The 136th edition of The Game between Harvard and Yale has been delayed at halftime after protesters took over the field.

Students from both schools occupied midfield after the Yale band had finished performing. Some held banners asking their colleges to act on climate change and Puerto Rican debt relief.

“Hey hey, ho ho, fossil fuels have got to go,” some protesters chanted.

After a few minutes, hundreds more people stream onto the field. A public address announcement asked them to leave “as a courtesy to the players.”

“As a courtesy to both teams, the game must resume.”

Police were on standby.

With Yale hoping to clinch an Ivy League title, Harvard led 15-3 at halftime.