Zack Moss leads No. 7 Utah to 35-7 victory over Arizona 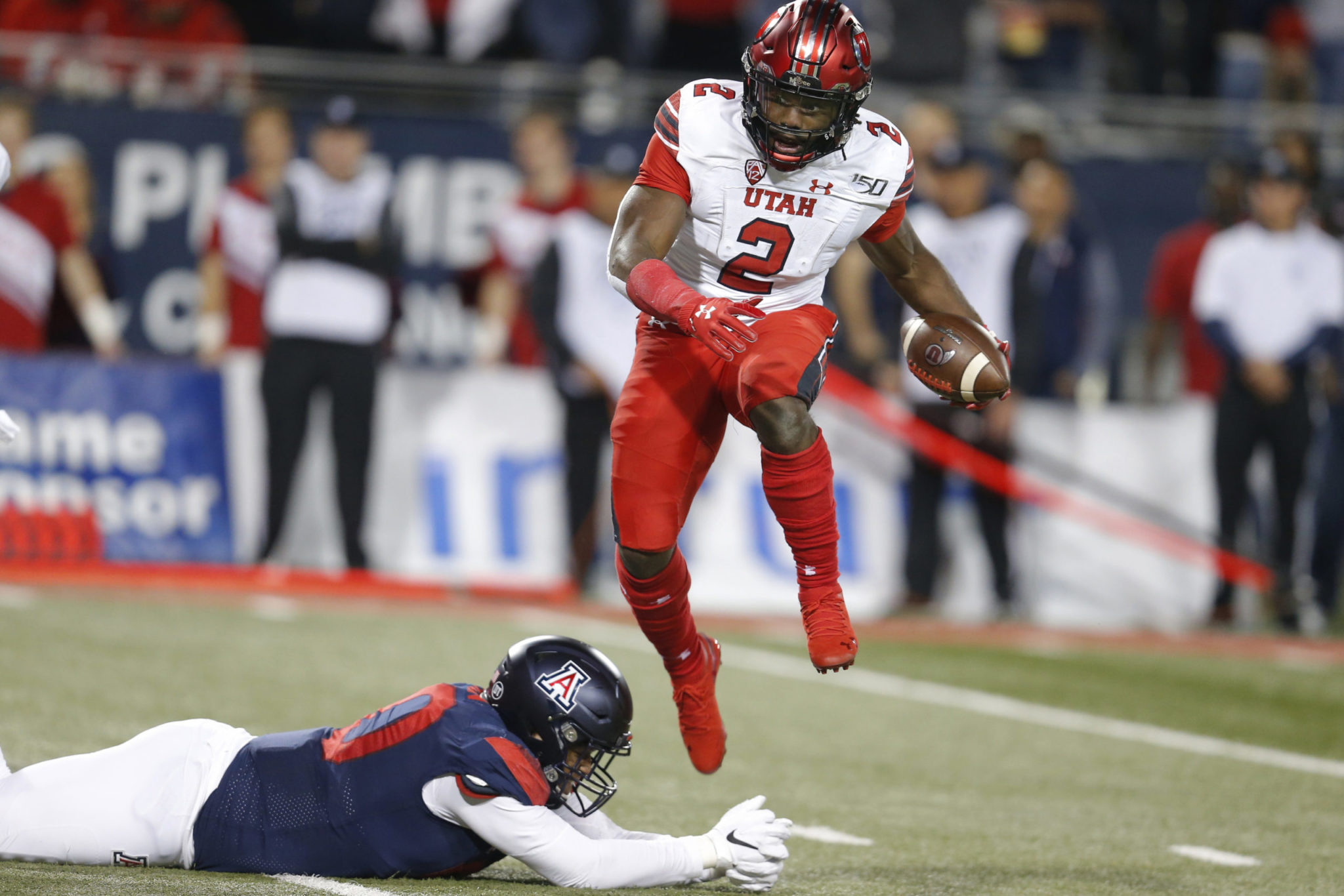 Zack Moss was barreling through the line for big gains nearly every time he touched the ball. Tyler Huntley’s passing was almost flawless. Utah’s defense was dominant, making one of the Pac-12’s top rushing teams look extremely average.

Another weekend, another blowout.

And now, Utah is the last team standing in the Pac-12’s quest for a spot in the College Football Playoff after crushing Arizona 35-7 on Saturday night.

Utes coach Kyle Whittingham undeniably has his team playing at a high level. So at this point, he’s just guarding against complacency.


The Utes looked plenty interested on Saturday, bringing their usual brand of physical football. The 5-foot-10, 222-pound Moss ran for a season-high 203 yards and averaged 7.8 per carry.

“It’s going to take care of itself,” Utah linebacker Francis Bernard said. “As we continue to do our job, winning games, dominating, our team believes that the committee is going to make the decision and we’ll just leave it at that.

“We can’t do anything but continue to do our thing.”

Utah’s defense held an opponent to seven points or fewer for the fifth time in six games. Arizona managed just 196 total yards and a big chunk of those came in the fourth quarter when mostly backups were playing.

Huntley completed 19 of 23 passes for 211 yards with one touchdown and one interception.

Tight end Brant Kuithe ran for two touchdowns on two carries. He had just one carry all season before Saturday.

The Utes dominated the first half, gaining 291 total yards to Arizona’s 56. They scored on Kuithe’s 3-yard touchdown and Huntley’s 3-yard pass to Demari Simpkins to take a 14-0 lead by halftime.


Utah had a great chance to score a third touchdown just before the break but was stopped at the 1-yard line as time expired. The defensive stand gave the Wildcats a little momentum heading into the second half until Moss ran for a 41-yard touchdown on the opening drive to leave little doubt about the outcome.

“We felt like they were hanging around a little too much,” Moss said. “The score was only 14-0, but we were doing a lot of good things on offense. We just wanted to come out and put some points on the board, so that’s what we did.”

It was senior day for Arizona players, including quarterback Khalil Tate, who is close to concluding an up-and-down college career.

But coach Rich Rodriguez was dismissed following that season and Sumlin could never get the same results out of Tate, who has mostly regressed during his final two seasons. He’s split time with freshman Grant Gunnell this fall.

Neither quarterback had much success against Utah. Tate was 6-of-11 passing for 39 yards and Gunnell was 8-of-16 for 96 yards and had a 7-yard rushing touchdown.

ANOTHER MILESTONE FOR MOSS

Utah: The Utes did what they do best, combining a grinding, efficient offense with a shutdown defense. After Penn State and Oregon lost, they should be in better position to potentially grab a CFP spot.

“Don’t care,” Whittingham said. “Doesn’t matter. We have our hands full with Colorado. We’ve got to try to figure out how to make a first down next week. That’s our objective. Whatever else is happening is none of our business.”

Arizona: It was another tough Saturday for the Wildcats, who couldn’t get Taylor going in the run game. Arizona ends its season on the road against rival Arizona State, which is coming off a huge win over No. 6 Oregon.

The Utes should at least push past Oregon, which was a spot ahead in the rankings.