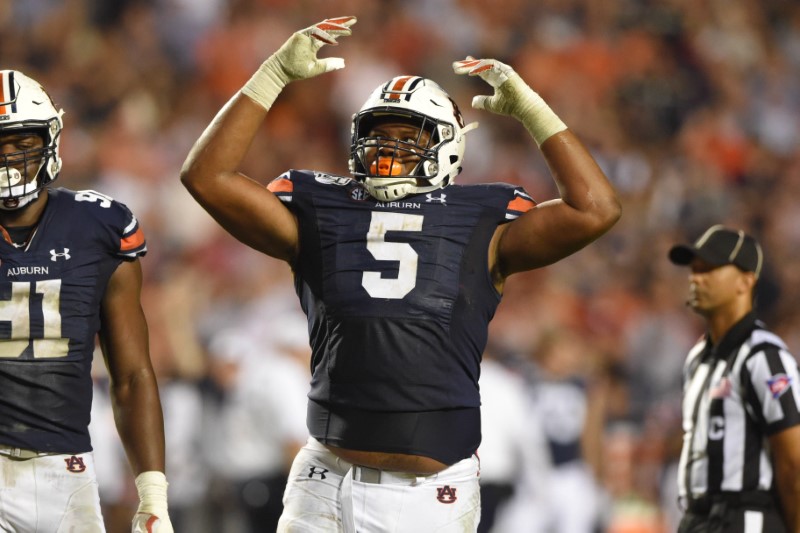 Auburn senior defensive tackle Derrick Brown will play in the Outback Bowl, but Minnesota senior linebacker Kamal Martin said he is skipping the game to prepare for the NFL draft.

Both are key defensive players for their respective teams: the No. 12 Tigers and No. 18 Golden Gophers.

In 11 games this season for the Tigers, Brown had 50 tackles, 12.5 tackles for loss, four sacks and two forced fumbles.

The Gophers’ Martin played in just eight games but made 66 tackles, with 2.5 tackles for loss, one sack, two interceptions and two forced fumbles.


Auburn coach Gus Malzahn said Sunday that Brown’s decision to play one final game with the Tigers is an example of his leadership.

“He’s determined and he’s a leader and usually what happens when your leader does that, you know, the rest of guys are ready to go and it’s pretty inspiring for his teammates, I’ll tell you that,” Malzahn said.

“It says a lot about him, but it didn’t surprise me, I don’t think it surprised anybody. I mean that that’s who he is and he’s one of the best football players in all of college football.”

“After much prayer and many discussions with my family, teammates and coaches, I have decided to begin preparations for the NFL draft and will not be playing in the Outback Bowl,” Martin wrote. “I am extremely grateful to the prestigious University of Minnesota for allowing this hometown kid to both graduate with a degree in Business and Marketing Education and play for our incredible football team.”

The Outback Bowl will be played on New Year’s Day at 1 p.m. ET in Tampa, Fla.