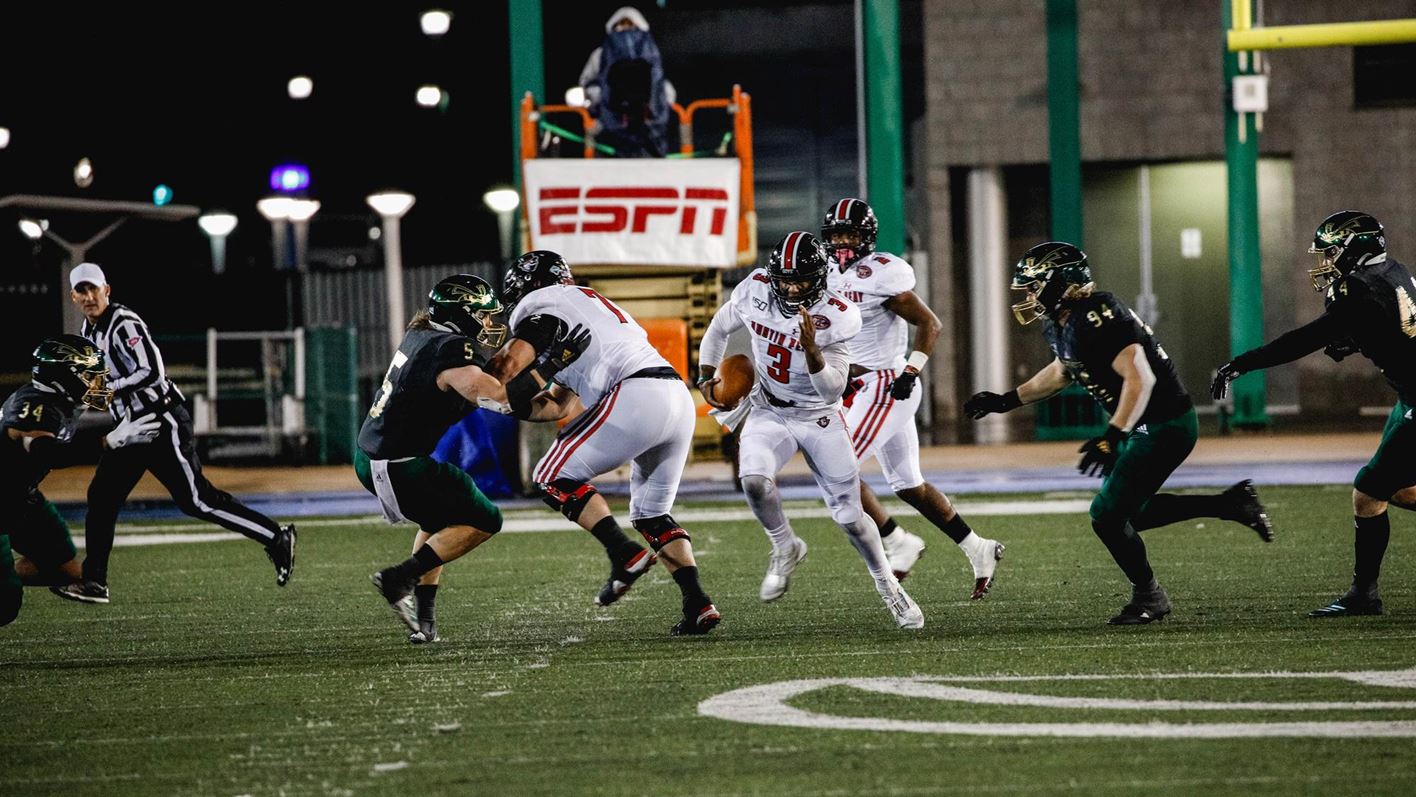 Austin Peay, Illinois State and Northern Iowa did something on Saturday that nobody was able to do a year ago.  All three teams won road games against higher-seeded teams in the second round of the FCS playoffs.

JaVaughn Craig threw for a pair of touchdowns and ran for another as No. 18 Austin Peay (11-3) stunned third-ranked Sacramento State 42-28 before a crowd of 5,140 at Hornet Stadium in Sacramento late Saturday night.

The Governors, who jumped out to a 21-0 lead in the first quarter, never trailed the higher-seeded Hornets, who finished the season with a 9-4 mark.

Austin Peay, making its first appearance in the FCS playoffs, will travel to Bozeman next Saturday to take on fifth-seeded Montana State in the quarterfinals.


Montana State (10-3) spotted visiting Albany an early 7-0 lead on Saturday before pummeling the Great Danes 47-21.  Quarterback Tucker Rovig passed for 279 yards and three touchdowns for the Bobcats whose 47 points were the most in an FCS playoff game in program history.

Albany finished the year with a 9-5 record.

Pulling off the biggest upset of the day, Northern Iowa (10-4) stunned South Dakota State 13-10 in a defensive struggle in Brookings, S.D.  The Jackrabbits had defeated UNI 38-7 in Brookings only three weeks earlier.

Northern Iowa, which had never led in the game, pulled ahead on an 18-yard field goal by Matthew Cook with 2:10 remaining in the fourth quarter.

South Dakota State, one of the top three teams in the country at the season’s outset, finished with a relatively disappointing 8-5 mark.

Northern Iowa will remain on the road and will play second-seeded James Madison on Saturday in Harrisonburg, Virginia.

JMU (12-1), whose only loss this season was a 20-13 setback to FBS West Virginia in late August, advanced to the quarterfinals with a 66-21 thrashing of Monmouth (11-3) on Saturday.  Quarterback Ben DiNucci, a Pitt transfer, accounted for four touchdowns as the Dukes amassed 623 total yards in the lopsided contest.

Running back James Robinson rushed for 210 yards and a pair of touchdowns as thirteenth-ranked Illinois State (10-4) won on the road for the second time in the playoffs with a 24-14 victory over eighth-seeded Central Arkansas (9-4).  Robinson, the second-leading rusher in the Football Championship Subdivision, ran for 297 yards last weekend against Southeast Missouri.

The Redbirds will travel to Fargo, N.D., to take on two-time reigning national champion North Dakota State on Saturday.  Illinois State lost to NDSU 37-3 at home in early October.

Nicholls, which trailed only 14-10 at the intermission, finished the season at 9-5.

Fourth-ranked Weber State (10-3) rallied from behind to defeat Kennesaw State 26-20 in Ogden yesterday.  The Wildcats will host sixth-seeded Montana in next week’s quarterfinal game.  Montana defeated Weber State 35-16 in Missoula on Nov. 16th.

The Grizzlies set several offensive records in the blowout, including redshirt junior Samori Toure’s single-game program record of 303 yards on a dozen receptions.  The wide receiver from Portland, Oregon, also shattered the FCS playoff records for receiving yards, set by Marshall’s Randy Moss who caught eight passes for 288 yards and three touchdowns in a 59-14 rout of Delaware in 1996.