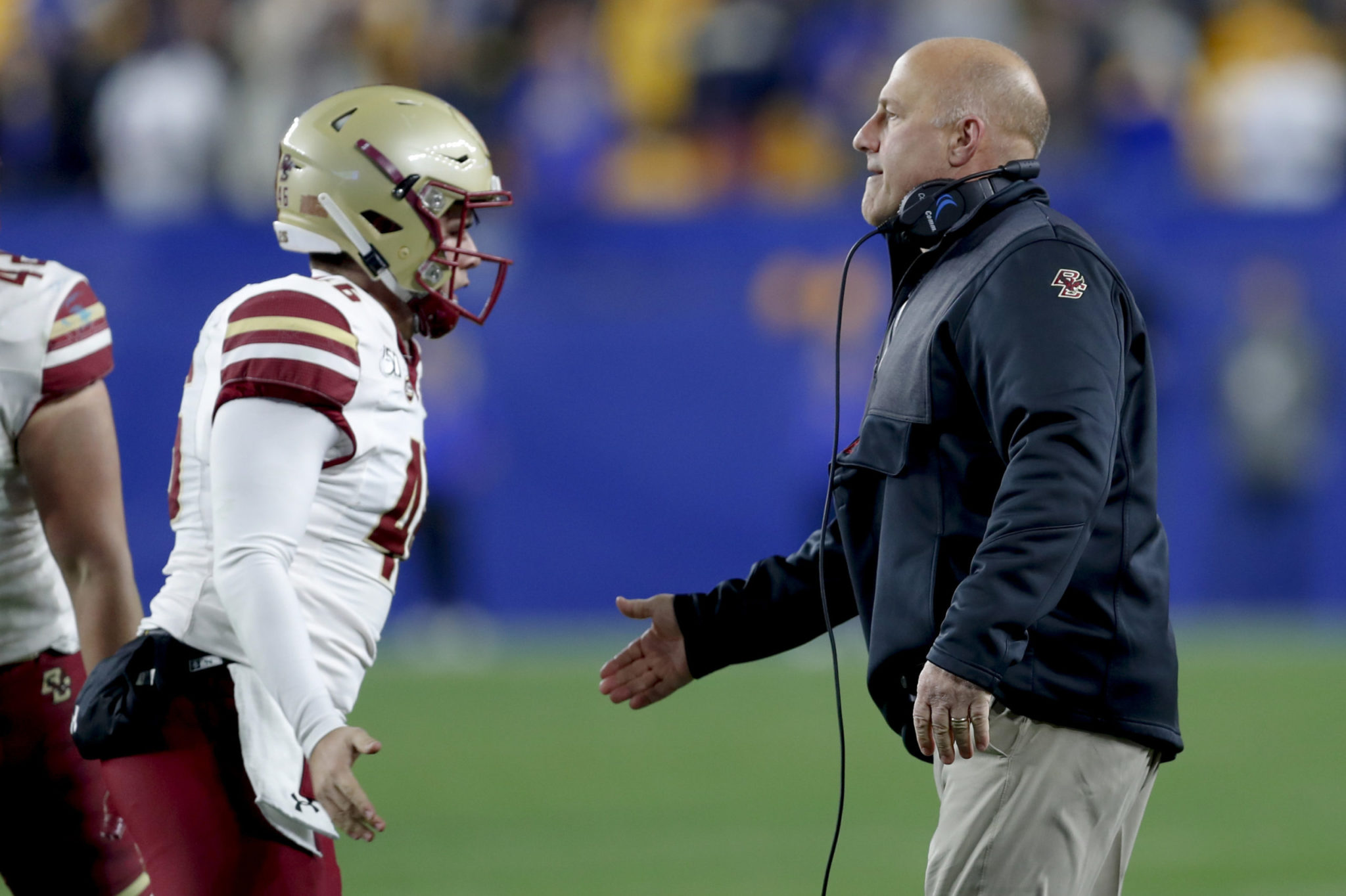 Boston College fired coach Steve Addazio after seven seasons in which the Eagles never surpassed seven wins, a person with knowledge of the decision told The Associated Press on Sunday.

The person spoke on the condition of anonymity because the decision had not been announced.

Addazio was 44-44 since taking over in 2013. The Eagles beat Pittsburgh on Saturday for a sixth win that made them eligible for a bowl game, but it was not enough to save Addazio’s job.


“Through it all, there were no excuses made and everybody pulled together and worked for each other,” Addazio said. “You know what I’m excited about? I’ve got a really good football team. We’ve got most everybody coming back. This is going to be one hell of a football team moving forward. And we’ve got another month to tweak it and turn it and coach it and develop it. That is so exciting. I think this can be something special.”

Asked if he thought he was safe for another season, Addazio said, “It’s not about me. I’m fine.”

“I care about being with our guys. That’s the most important thing there is,” he said. “It’s not about me. It’s about them.”

Addazio took over a 2-10 team from Frank Spaziani and quickly restored them to respectability.

But respectability is all they ever got.

BC won seven games in five of his first six seasons, but he could never get the Eagles back to the level they reached in the early 2000s, when they were often ranked in the AP Top 25 and occasionally playing for a conference championship. This year, they lost to Kansas — a team that hadn’t beaten a Power 5 opponent on the road in 11 years — and needed to beat Pitt in the final regular-season game to qualify for a bowl berth.


Athletic director Martin Jarmond was asked last week whether a bowl berth was make-or-break for Addazio, and he declined to answer.

It turns out, it wasn’t enough.

“He’s a pretty reserved and tame guy most of the time. I know he wanted this one badly,” said quarterback Dennis Grosel, a sophomore who started the last six games after Brown was injured for the second time in three seasons . We wanted this one for him also. It was nice to see him let some emotion out.”