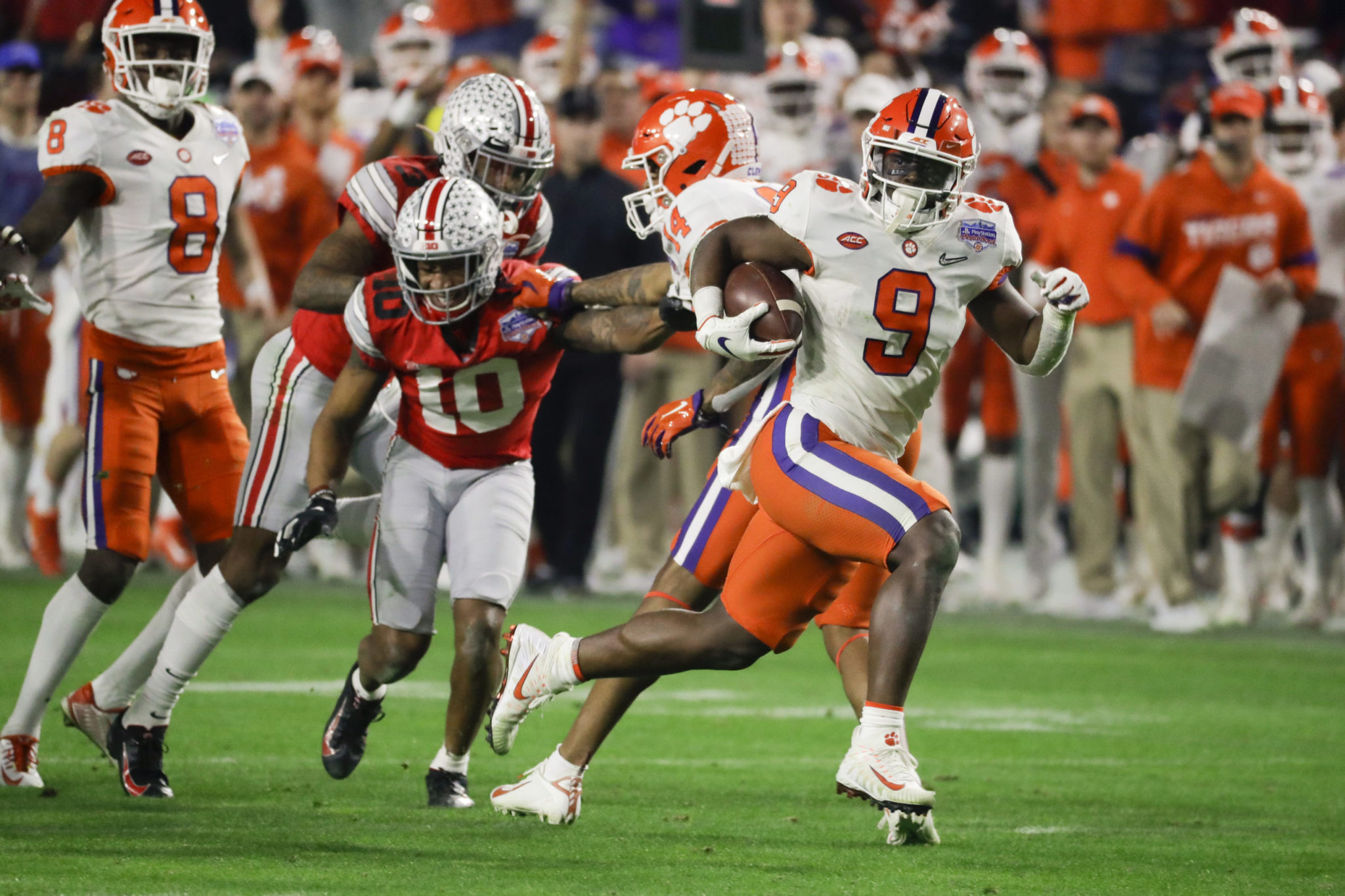 Trevor Lawrence connected with Travis Etienne on a 34-yard touchdown with 1:49 left in the fourth quarter and No. 3 Clemson beat No. 2 Ohio State 29-23 Saturday night at the Fiesta Bowl to advance to the College Football Playoff championship game.

The Tigers (14-0) will play No. 1 LSU on Jan. 13 in New Orleans, looking for their third national title in the last four seasons.

The Tigers went 94 yards on four plays in 1:18, with Lawrence completing all three of his passes and mixing in an 11-yard run. The sophomore quarterback who has never lost a college start passed for 259 yards and two scores and ran for a career-high 107 yards, including a 67-yard touchdown late in the first half.


Lawrence added a 2-point conversion to Tee Higgins, but it left plenty of time for Ohio State (13-1) and Justin Fields to respond. The Buckeyes drove to the Clemson 23, but on second-and-7, Fields fired to the end zone and was picked off by Nolan Turner with 37 seconds left. Ohio State receiver Chris Olave had broken off his route and left Fields throwing to no one.

One more knee from Lawrence and defending national champion Clemson had secured its 29th straight victory and fourth trip to the CFP championship game in five years.

Ohio State blew a 16-point first-half lead and went into the fourth quarter trailing 21-16, and with everything seemingly going Clemson’s way.

Fields heated up and orchestrated an 84-yard drive, capped with a fourth-and-short, 23-yard touchdown pass to Olave to give Ohio State back the lead at 23-21 with 11:46 left in the fourth.

Fields, who went to high school 20 miles from Lawrence in the northwest suburbs of Atlanta, passed for 320 yards and a touchdown. But he was picked off twice after throwing just one interception in the regular season.


It was the first matchup between the two former five-star recruit quarterbacks from the class of 2018. They were far from perfect, but both delivered in crunch time. If this is the start of a long rivalry, bring it on.

The Buckeyes had their 19-game winning streak snapped.

Clemson: The Tigers face LSU for the first time since the 2012 Chick-fil-A Bowl. Clemson won that meeting 25-24.

Ohio State: Fields and the Buckeyes start next season against Bowling Green.