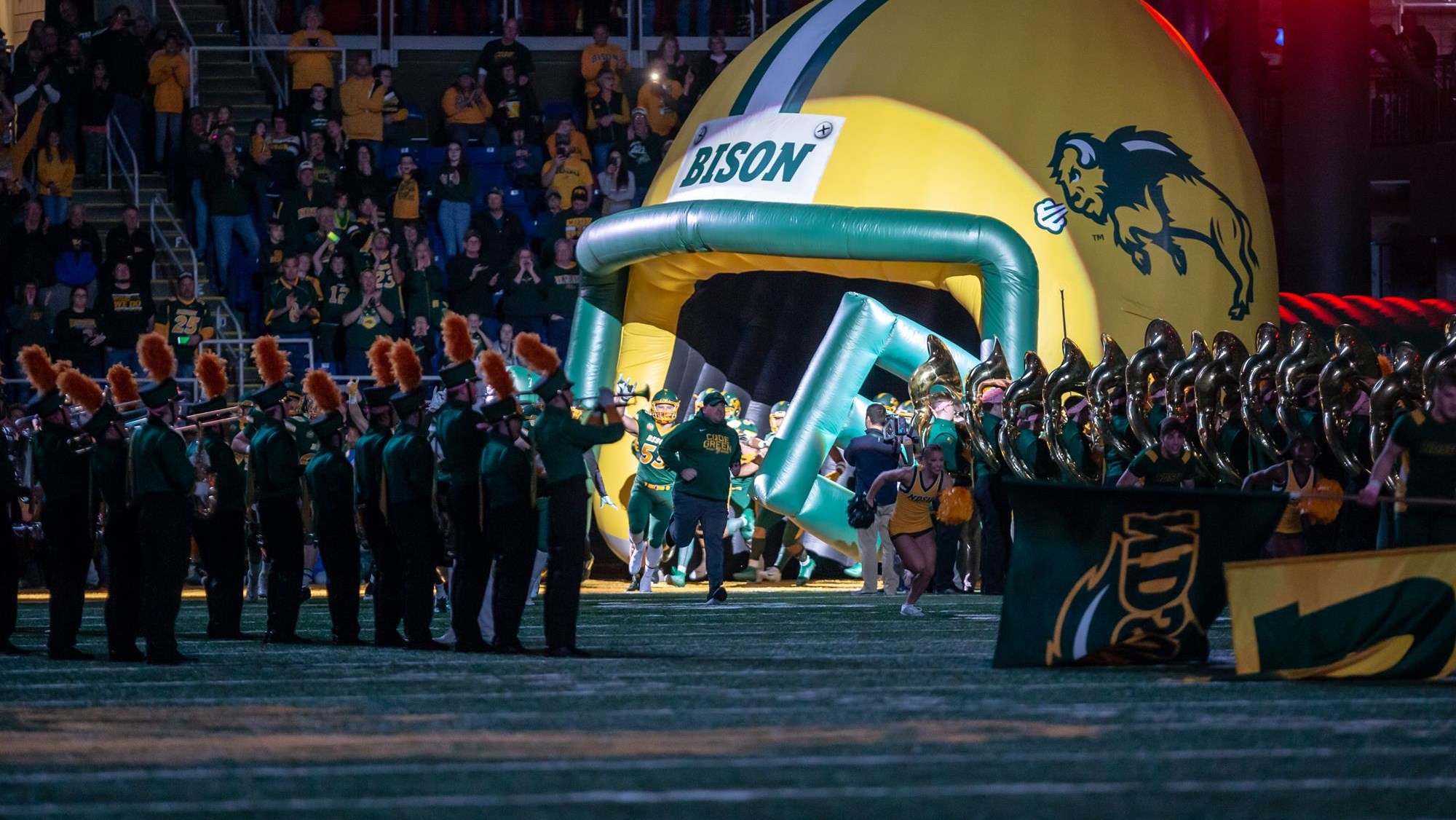 In a defensive struggle where neither team was able to score a touchdown, North Dakota State’s Griffin Corsa booted three second-quarter field goals of 38, 33 and 22 yards on consecutive possessions to lift the undefeated and top-ranked Bison past the upset-minded Redbirds before a crowd of 14,132 at Gate City Bank Field in the Fargodome.

Illinois State’s James Robinson — the second leading rusher in the FCS — was limited to 94 yards on 24 carries.  The Redbirds only broke into NDSU territory twice in the quarterfinal contest.


Sam Fenlason’s 27-yard field goal, capping a 12-play, 70-yard drive in the third quarter, accounted for ISU’s only points in the game.

North Dakota State will host fifth-ranked Montana State — a 24-10 winner over Austin Peay in Bozeman on Friday night — next Saturday in a semifinal matchup.

Isaiah Ifanse rushed for 196 yards, including a 30-yard touchdown run on the third play of the game, and passed for another score in Montana State’s two-touchdown victory over the surprising Governors, who were making their first FCS playoff appearance in program history.

Montana State (11-3) will be making its first semifinal appearance since 1984.


Extending its winning streak to thirteen games, second-ranked James Madison University (13-1) also advanced to the semifinals with a 17-0 shutout of Northern Iowa on Friday night.  Running back Percy Agyei-Obese, a 6-foot, 205-pound junior from Frederick, Md., rushed for 124 yards and a touchdown on 33 carries to lead JMU.

The Dukes, whose only loss this year was a 20-13 setback to FBS West Virginia in Morgantown in the season opener, will host Weber State next Saturday.

Third-seeded Weber State (11-3) defeated the turnover-plagued Grizzlies of Montana 17-10 last night in a snowy, rainy and windy Ogden, to advance to next week’s semifinal round.  Montana, which limited Weber State to 113 yards of total offense, couldn’t take advantage of its excellent defensive play as quarterback Dalton Sneed, who was sacked six times, uncharacteristically threw five interceptions in the hard-fought contest.

Sneed, who threw for 459 yards and five touchdowns in last week’s 73-28 rout of Southeastern Louisiana, completed 30 of 48 passes for 257 yards and a touchdown in the losing effort.