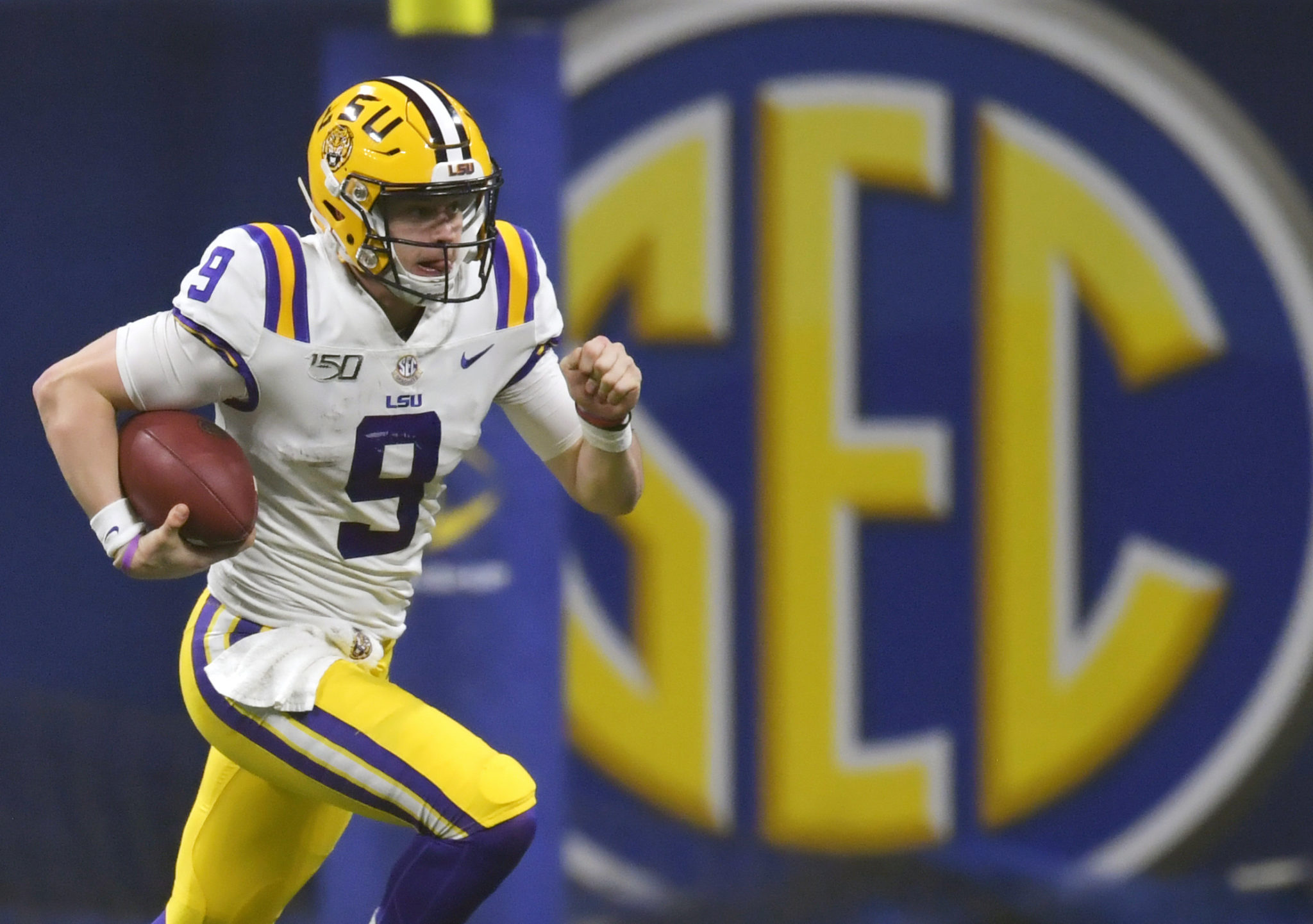 The top vote-getters for college football’s most famous player of the year award were announced Monday, and three of them were quarterbacks who transferred to their current schools.

Burrow is the clear front-runner to win the Heisman on Saturday night in New York after a record-breaking season, leading the Tigers (13-0) to the top seed in the College Football Playoff. He would be LSU’s second Heisman winner and first since running back Billy Cannon in 1959. The 60-year gap between Heisman winners would be the longest for any school with multiple recipients.


The other finalists were not so obvious even after all the games had been played. Ohio State had three players worthy of consideration in Fields, Young and running back J.K. Dobbins. Fields and Young are the first teammates to be finalists since Oklahoma had quarterback Baker Mayfield and receiver Dede Westbrook at the Heisman ceremony in 2016.

Hurts is the third Oklahoma quarterback in the last four seasons to be a Heisman finalist, including the last two winners in Kyler Murray and Mayfield.

Burrow is just the second Heisman finalist for LSU since candidates began being invited to New York for the presentation ceremony in 1982, and the first offensive player from the Tigers. The last finalist from LSU was defensive back Tyrann Mathieu, who finished fifth in the voting in 2011.

Quarterbacks have dominated the Heisman over the last two decades, winning 16 of the last 19 trophies, dating back to 2000. The last two winning quarterbacks, Murray and Mayfield, were both transfers, and this year will likely make it three straight transfer QBs to win the Heisman.

Burrow left Ohio State and joined LSU in 2018 as a graduate transfer. He had a breakout season this year in the Tigers’ new spread offense. Burrow has already set an Southeastern Conference record with 48 touchdown passes and is on pace to set an NCAA record for completion percentage at 77.9%.


Hurts played for three seasons at Alabama, reaching the playoff each year before joining the Sooners and leading them to the final four. He has passed for 3,634 yards and 32 touchdowns and run for 1,255 yards and 18 touchdowns.

Fields played his freshman season last year at Georgia, but transferred to Ohio State and was granted immediate eligibility by the NCAA to play this season. The sophomore has the Buckeyes (13-0) unbeaten and seeded second entering the playoff. He has thrown 40 touchdown passes and just one interception and has run for 10 more touchdowns.

Young is the first exclusively defensive player to be a Heisman finalist since Notre Dame linebacker Manti Te’o finished second behind Texas A&M quarterback Johnny Manziel in 2012. He leads the nation with 16.5 sacks, despite missing two games for an NCAA violation.

Missing out were the nation’s top running backs.

Wisconsin’s Jonathan Taylor has been one of the most prolific runners in college football history, surpassing 1,900 yards rushing in each of his three seasons. This year he is second in the nation with 1.909 yards rushing and leads with 26 touchdowns.

Oklahoma State’s Chuba Hubbard is the nation’s leading rusher with 1,936 yards and 21 touchdowns. Ohio State’s J.K. Dobbins is third in the nation in rushing with 1,829 yards and has scored 22 touchdowns.