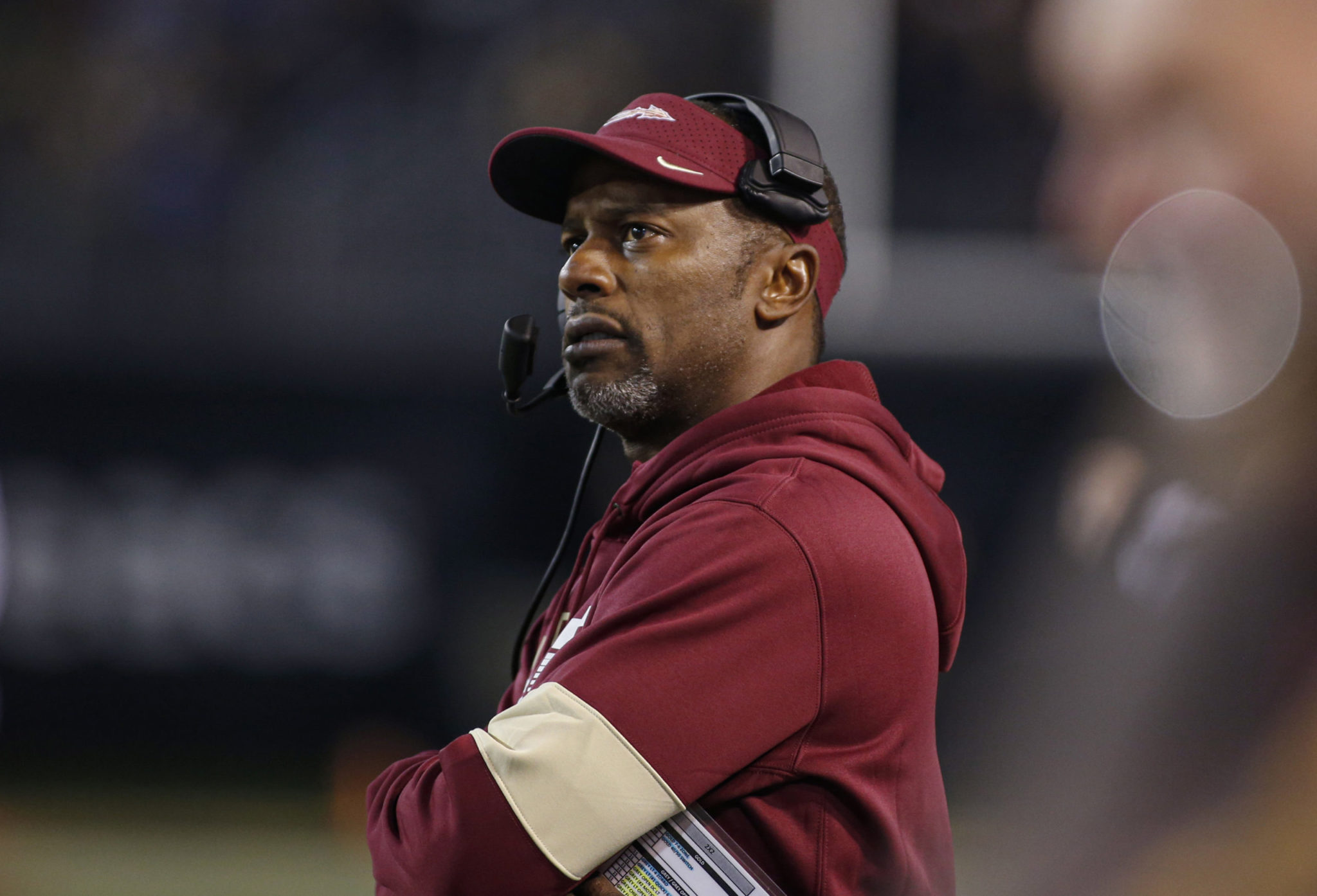 Willie Taggart has another chance, and Florida Atlantic’s search for Lane Kiffin’s replacement is over.

Taggart was hired by FAU on Wednesday, a week before the early signing day and only four days after Kiffin left the Owls for Mississippi.

“I’m looking forward to long-term success here,” Taggart said in a statement distributed by the university Wednesday night. “I think our players and the university deserve that commitment.”

FAU said it was a five-year contract. The school did not immediately disclose financial terms.

Kiffin was 26-13 in three seasons at FAU, winning two Conference USA championships and breathing new life into a moribund program before leaving last week to take over at Mississippi. His hiring in 2016 was a splashy one, after past stints as a head coach — at Tennessee and with the NFL’s Oakland Raiders — didn’t work out as he hoped.


Taggart could use a similar resume revival. He’s been to one bowl game in 10 seasons as a head coach, with a 56-62 record. Florida State fired him in November after a 27-10 loss to Miami.

“I couldn’t be more excited to have coach Taggart on board to lead our football program,” FAU athletic director Brian White said. “Coach Taggart is a proven program builder who will develop strong relationships with our student-athletes and develop them as future leaders. His deep relationships around the state of Florida and the nation will be vital in recruiting as well.”

Taggart is the fourth prominent coach who was at a Power 5 school this season, got fired and then found his next opportunity relatively quickly.

Chad Morris was fired at Arkansas, then hired as Auburn’s offensive coordinator. Matt Luke was fired at Ole Miss, then got hired as associate head coach at Georgia. Steve Addazio, who was at Boston College, was hired Wednesday at Colorado State.

And now Taggart is at FAU, which will be his fourth school in less than four years.

He was at South Florida from 2013 through 2016, then Oregon in 2017, Florida State for the last two seasons and now takes over as Kiffin’s replacement with about a week left until early signing day.

Taggart started his career as a head coach at Western Kentucky, going 16-20 in three seasons. He was 24-25 in four seasons at USF, 7-5 in his lone season at Oregon and 9-12 in parts of two seasons at Florida State.