How Justin Day rose from unknown assistant to celebrity coach 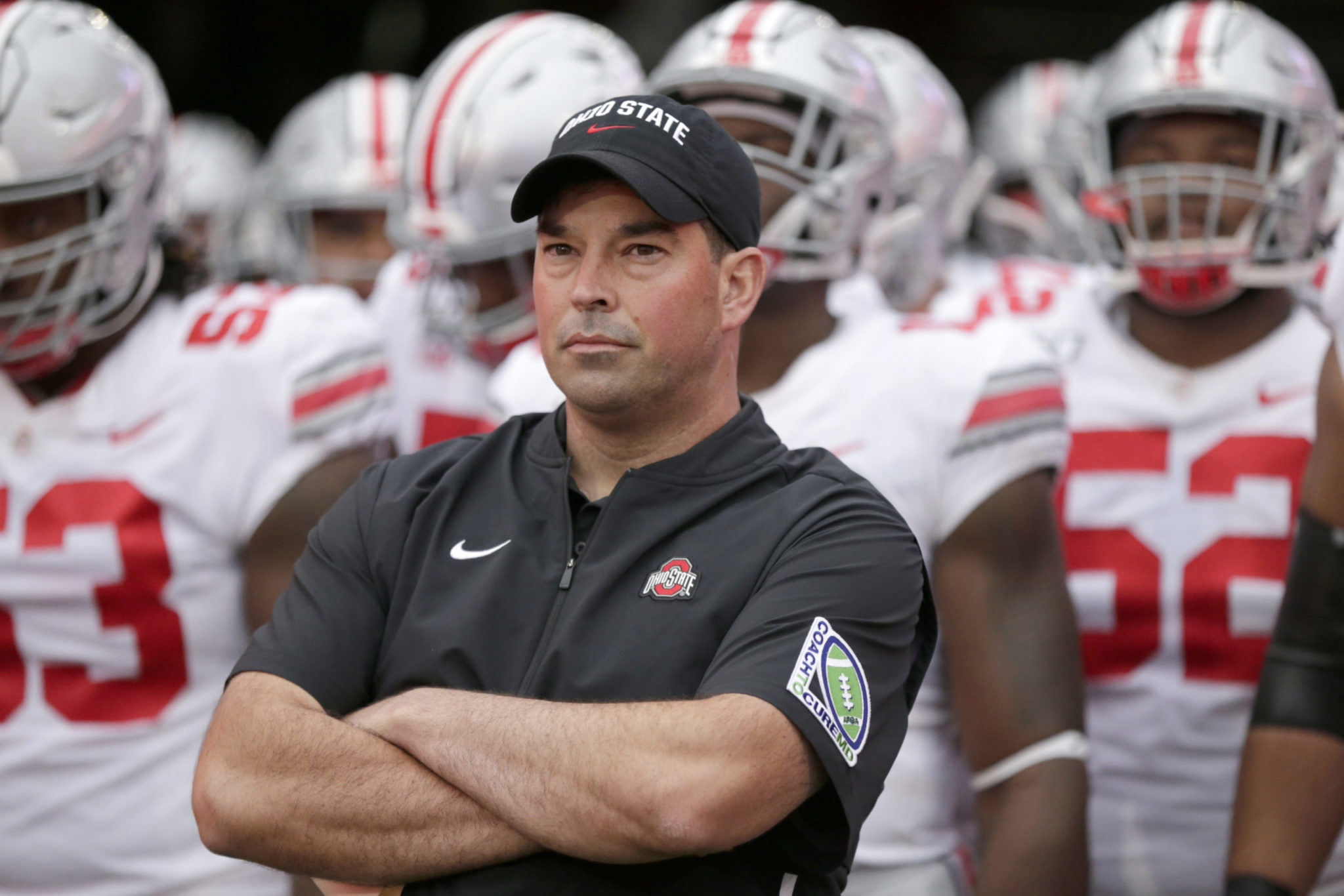 At a crowded news conference last December, Ryan Day sat next to Ohio State legend Urban Meyer whose sudden decision to retire overshadowed the announcement of Day’s ascension to head coach of the storied program.

This December, Day is a celebrity college football coach, the reigning Big Ten coach of the year — an honor not even bestowed on Meyer — and has his eye on a national championship. His Ohio State team is considered one of the best ever.

“That does seem like a long time ago,” Day said of his Dec. 4, 2018, appointment as Meyer’s successor. “A lot of things have happened since then.”

The understatement of the year.


Still a relatively unknown assistant when he was elevated to the top job, Day had been at Ohio State for just two seasons successfully rejiggering Meyer’s offense. He was 39 and had no previous head coaching experience beyond a three-game stint as interim while Meyer served a suspension last season.

Meyer left the cupboard stocked with talent, but Day had some mountains to climb immediately.

Quarterback Dwayne Haskins Jr. — Day’s pet project in 2018 — broke a bunch of passing records but was moving on to the NFL after one season. Besides finding another NFL-quality passer to fit his scheme, Day had to keep recruits from bailing just before the early-signing deadline, hire new staff, figure out how to rebuild a depleted offensive line and fix an under-performing defense.

Above all those things there was the inherited pressure to never, ever lose a game at Ohio State.

A month or so after he got the job, Day got his first big break. He persuaded quarterback Justin Fields to transfer from Georgia after one year. Under Day’s tutelage, the highly intelligent Fields developed into a Heisman Trophy finalist. The Buckeyes ran the table, showing off an efficient, high-scoring offense and one of the nation’s best defenses, led by consensus All-Americans Chase Young and Jeff Okudah.


Ohio State is 13-0 and set to face Clemson in the College Football Playoff. In the Arizona desert on Saturday, Day will match wits with Dabo Swinney, who has coached the Tigers to two national titles in the last three years.

Day got back from last weekend’s Heisman Trophy ceremony in New York — where Ohio State defensive lineman Young also was a finalist — in time to announce an early-signing recruiting class considered to be among the top three in the country.

He can’t, however, afford to slow down and reflect on his dazzling rise. He won’t talk about it now. Ask him again in a month.

“I haven’t had time to think at all,” he said last week. “But we still have a lot of work to do because this game is on you right now. No time to sit back and think.”

The coach deflects the credit to his assistants and players. The team chemistry, he says, is just as important as the talent. His players, in turn, say their coach is at the core of the success.

Day, who played quarterback under then-offensive coordinator Chip Kelly at New Hampshire, jumped between short coaching stints at New Hampshire, Boston College and Temple — with a year as a graduate assistant under Meyer at Florida — before joining Kelly’s staff as a quarterbacks coach for the Philadelphia Eagles and then the San Francisco 49ers. Meyer lured Day back to the college ranks in 2017, identified him as rising star and upped his salary to $1 million for 2018 so he would stay around.


Swinney didn’t know much about Day until the Ohio State assistant became interim head coach for the first three games last season when Meyer was suspended for mishandling of domestic abuse allegations against another assistant coach.

Swinney knows Day now, and is impressed at what he’s accomplished in just one season while operating in Meyer’s long shadow.

“It’s not easy to step into that situation,” Swinney said. “To go undefeated means he’s a talented coach doing some good things.”

Another coup for Day before the season was persuading offensive lineman Jonah Jackson to come aboard as a graduate transfer after playing four years at woeful Rutgers. Jackson started at guard for the Buckeyes this season and earned second-team All-Big Ten honors. Jackson said part of the attraction was Day’s self-assurance.

“I haven’t seen an ounce of new-guy in him or nervousness at all,” Jackson said. “Even from the beginning.”

Day knows he’s got the parts to win a national championship. And he knows all about Clemson, which routed the Buckeyes 31-0 in a 2016 playoff semifinal. Before that, it was a loss to Clemson that spelled the end for legendary coach Woody Hayes, who slugged the linebacker whose interception sealed the 1978 Gator Bowl for the Tigers.

“The expectations here are as high as they can be,” Day said. “You have to accept that, figure out the culture, how that makes sense, how to put the guys in the best position to meet those expectations. You go from there.”