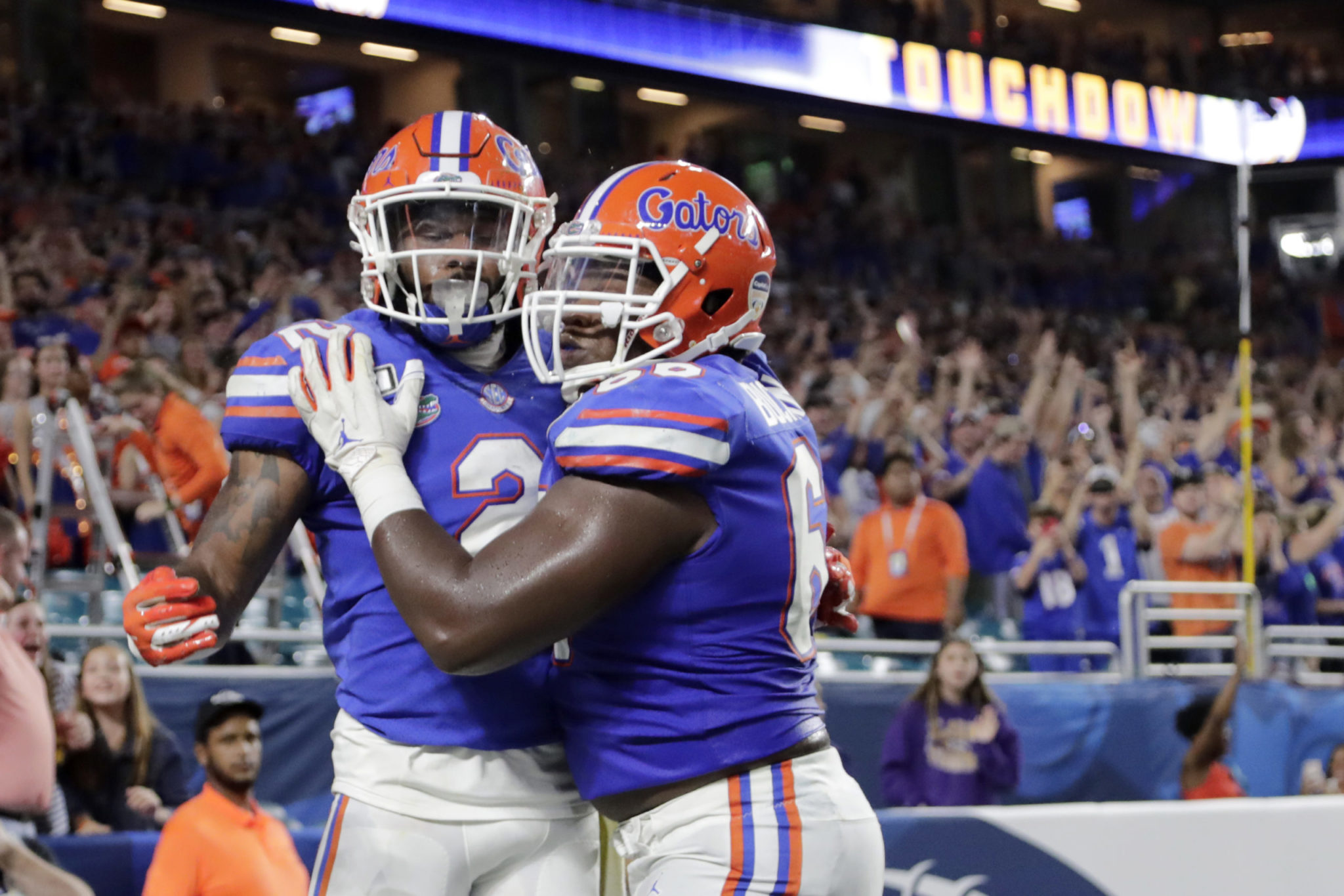 Lamical Perine scored on a 61-yard run in the opening minute and didn’t stop until he climbed onto a platform for the postgame ceremony to receive the Orange Bowl’s most valuable player trophy.

The win means the Gators (11-2) will likely finish in the Top 10 in consecutive seasons for the first time since 2008-09. Second-year coach Dan Mullen credited Perine and the rest of the senior class with leading the resurgence.

“They restored the Gator standards and are building what we want to build,” said Mullen, who improved to 21-5 at Florida.

“My sophomore year, we were 4-7,” Perine said. “We came back and had two double-digit win seasons. It’s great, man.”


Perine carried 13 times for a career-high 138 yards rushing at the end of a so-so senior season. He came into the game with only 538 yards rushing this year in the Gators’ pass-oriented offense.

“He’s one of the top running backs in the SEC,” Mullen said. “People say, ‘The stats say this, the stats say that.’ But every time we needed a big run this season, he came up with it.”

Perine was too quick and speedy for the Cavaliers, as his dash through their secondary on the first series showed. He also scored on a 10-yard run and caught a 16-yard touchdown pass from Kyle Trask.

The Cavaliers (9-5) lost their final two games but still posted their highest win total since 2007.

Trask capped a storybook junior season by throwing for 305 yards. He was lightly recruited and in late September became a starter for the first time since ninth grade.

“This game is huge for this program,” Trask said. “We just continued to grind every single week, and here we are winning the Orange Bowl. It’s pretty incredible.”

Florida totaled 549 yards, including a season-high 244 rushing, and didn’t punt until midway through the third quarter. The Gators exposed the weaknesses in a Virginia defense that allowed more than 23 points per game and gave up 62 to Clemson in an Atlantic Coast Conference title game loss.

“Tonight we faced a team that they decided they were going to stop the pass and drop a lot of guys into coverage,” Mullen said. “We were able to take what they were giving us.”


The Cavaliers’ offense tried valiantly to keep up. Senior Bryce Perkins threw for 323 yards and four scores in the final game of his career.

“I’m not into moral victories, but I’m proud of these guys and the culture we set,” Perkins said. “Next year, these guys are going to be a force to reckoned with.”

Tanner Cowley’s 52-yard catch-and-run led to a Cavaliers touchdown that cut their deficit to 27-21 early in the fourth quarter. The Gators answered with a touchdown set up by Perine’s 23-yard run to the 1.

Virginia drove 75 yards for a touchdown with 38 seconds left, but Florida recovered the ensuing onside kick.

The Gators had the edge in crowd support playing in the Orange Bowl for the first time since 2001, when Steve Spurrier was their coach.

“Playing here at home in the state — I mean, we are the University of Florida,” Mullen told the crowd during the trophy ceremony. “It is our state.”

The Gators open next season on Sept. 5 against Eastern Washington. They’ll have to replace four senior wide receivers, plus their top cornerback and pass rushers.

The Cavaliers’ opener will be Monday, Sept. 7, against Georgia in Atlanta. “As many of these games as we can play, and we’ve earned the right to play in on the stage that we’re currently in, the faster the program accelerates,” Mendenhall said.