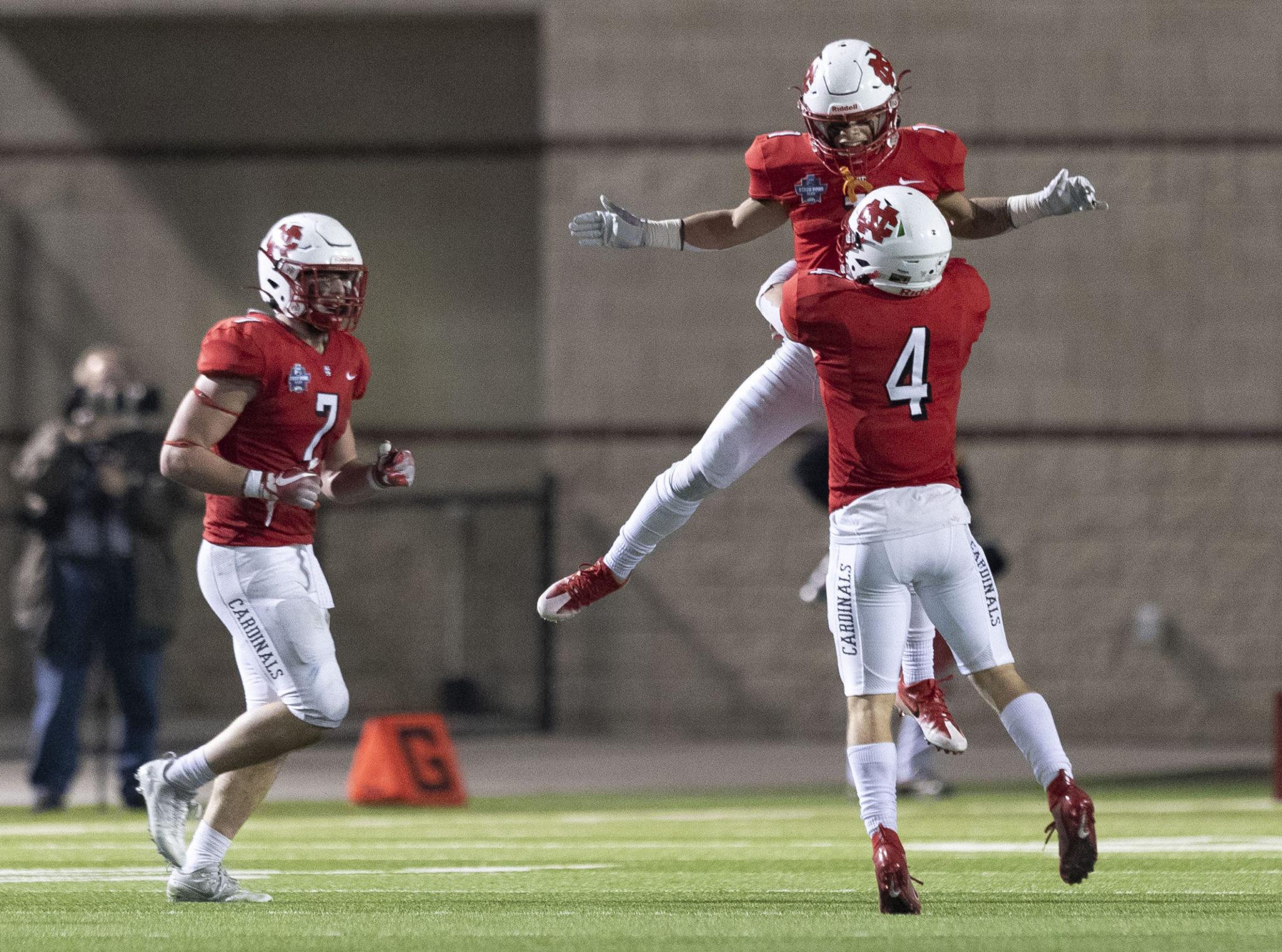 North Central was making its first appearance in the Amos Alonzo Stagg Bowl. The Cardinals’ previous best finish in the Division III playoffs was a semifinal loss in 2013.

Rutter was 17 of 26 passing and ran for another touchdown, Andrew Kamienski caught nine passes for 134 yards and a score, and Julian Bell had two interceptions. The Cardinals (14-1) outgained the Warhawks (13-2) 436-389 en route to its 11th straight victory.

Greenfield scored on a 5-yard run less than three minutes into the game and capped a 13-play, 74-yard drive with a 2-yard scoring run with 1:49 left in the second quarter. Greenfield added a 38-yarder midway through the third quarter to make it 34-0.


In between Greenfield’s two first-half scores, Rutter found Blake Williams for a 31-yard touchdown strike late in the first quarter before Rutter had a 1-yard scoring with 10 minutes left in the second.

Max Meylor was 25 of 42 for 183 yards and a touchdown rushed for 104 yards for Whitewater, and Alex Peete ran for 79 yards and a score. The Warhawks were making their 10th appearance in the championship game in the last 15 years. They last won the title in 2014, capping a string of six titles in eight years.

Meylor got the Warhawks on the board with a 12-yard touchdown pass to Jared Zausch with five minutes remaining in the third. Peete scored on a 1-yard touchdown run with 9 1/2 minutes left.

Includes reporting from The Associated Press.