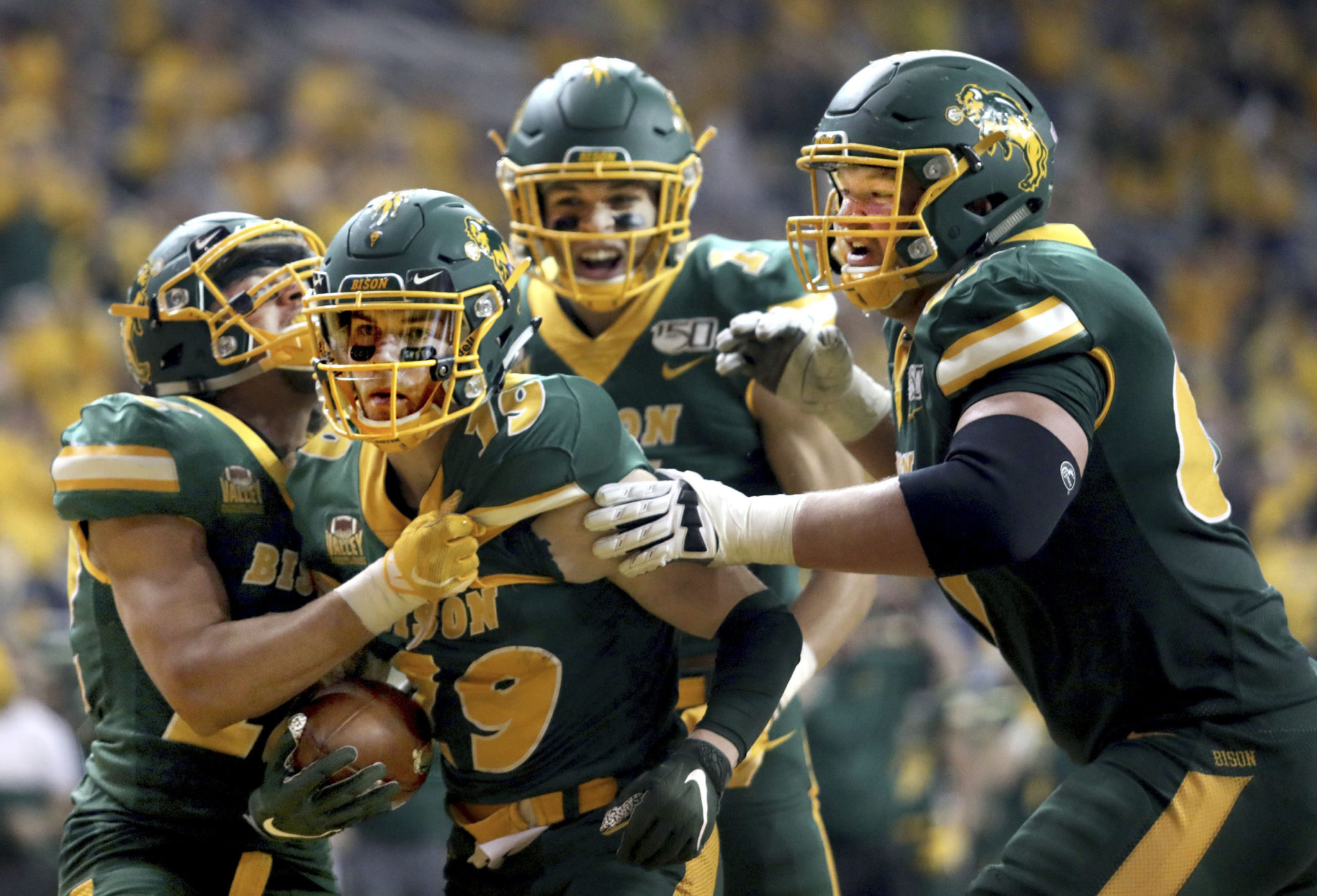 Sophomore Christian Watson exploded for a pair of back-to-back long touchdowns as defending national champion North Dakota State (15-0) cruised past fifth-seeded Montana State (11-4) in the playoffs for the second straight year to advance to the Football Championship Subdivision title game in Frisco, Texas, on January 11th.

Breaking a 7-7 tie early in the second quarter, the top-ranked Bison blasted the Bobcats 42-14 in Saturday’s semifinal before a crowd of 18,077 in the Fargodome and will take on the winner of the Weber State-James Madison game in next month’s championship game.


Watson, who caught a 75-yard touchdown pass to put North Dakota State ahead 14-7, raced 70 yards on a reverse on the next possession to virtually put the game out of reach.

Appearing in the semifinals for the ninth consecutive year, NDSU led 29-7 at halftime.

Montana State trimmed the lead to 29-14 on a 41-yard touchdown pass from Tucker Rovig to wide receiver Kevin Kassis at the 6:27 mark of the third quarter, but couldn’t get any closer as NDSU quarterback Trey Lance threw a 73-yard touchdown strike to Dimitri Williams only two plays later.

The Bison, who failed to score a touchdown and were held to nine points last week in a 9-3 defensive struggle against Illinois State, accumulated 541 total yards against Montana State, including 318 rushing yards — 20 more than Montana State’s total yardage.

It will be the eighth championship appearance for North Dakota State, which has won 36 straight games.  The Bison are a perfect 7-0 in FCS championship games.