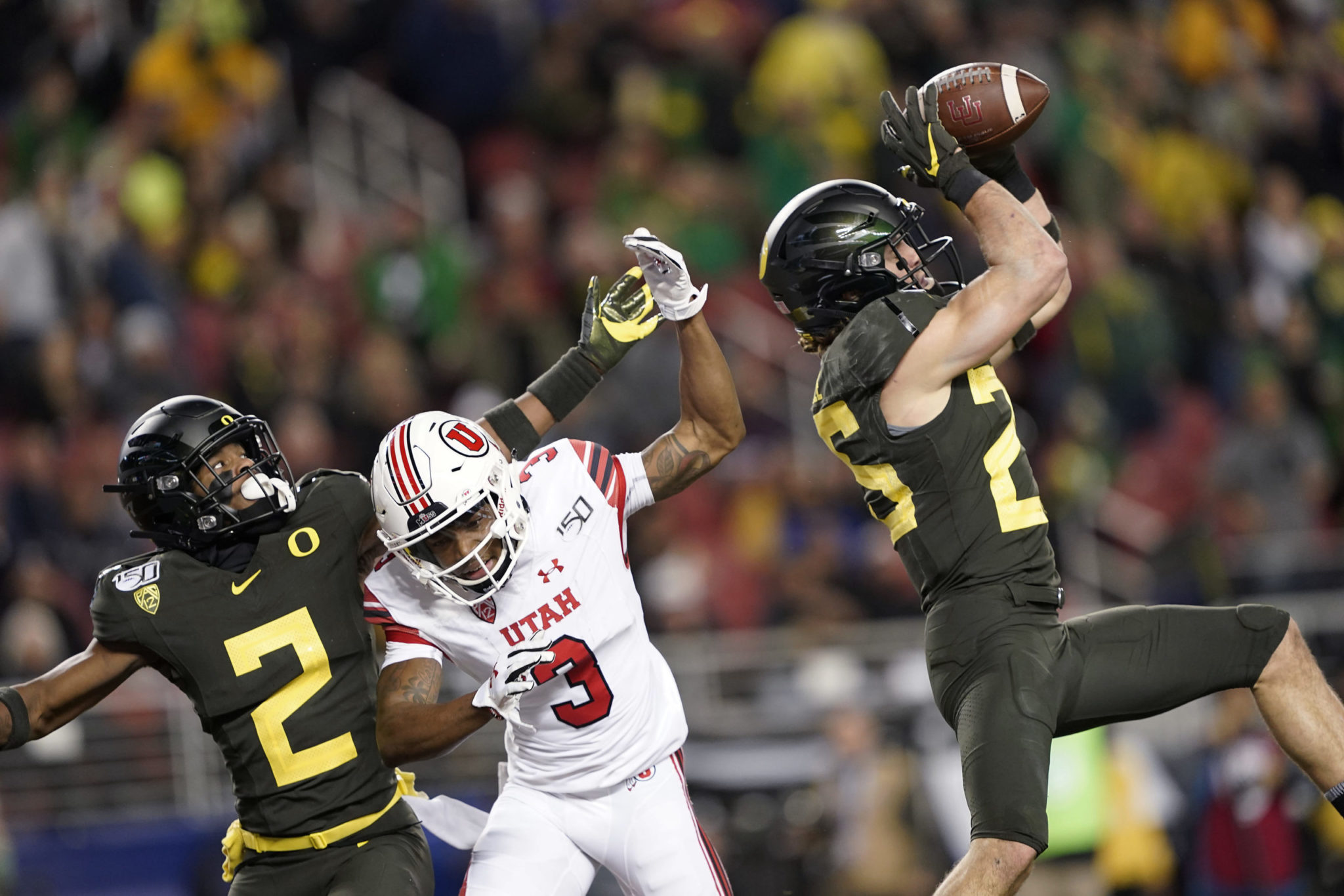 CJ Verdell ran for 208 yards and broke open the game with two long touchdown runs in the fourth quarter, and No. 13 Oregon spoiled No. 5 Utah’s playoff hopes with a 37-15 victory in the Pac-12 championship game Friday night.

The Utes (11-2, No. 5 CFP) came into the game hoping to make a case for one of the four playoff spots with a conference title but instead got overmatched by Oregon (11-2, No. 13 CFP) and lost their second straight Pac-12 championship game.

They fell into a 20-0 hole in the first half and then gave up a 70-yard TD run to Verdell after cutting the deficit to 23-15, paving the way for the winner of the Big 12 title game between Oklahoma and Baylor to get into the playoff as long as No. 1 LSU beats No. 4 Georgia for the SEC championship.

The Utes got back onto the game with two TD passes by Tyler Huntley in the third quarter. He connected with Zack Moss on a 24-yard play on the opening drive of the half to cut it to 20-7 and then threw a 25-yarder to Samson Nacua late in the third quarter to make it 23-15 following a 2-point conversion.


The Utes then drove into Oregon territory before Huntley was sacked by Keyvon Thibodeaux on second down. Utah ended up punting on fourth-and-4 from the Oregon 40 after being stopped on three fourth downs earlier in the game.

Verdell struck with his big run five plays later and added a 31-yard score later in the fourth against the nation’s top-ranked run defense to put the game out of reach.

The Ducks sent the tone early when they stuffed Moss for no gain on two short-yardage attempts from the Oregon 33 on the opening drive. Oregon drove down and took the lead for good on Verdell’s 3-yard run.

The Utes kept making more mistakes and the Ducks only added to the lead. After forcing a three and out, Oregon got a field goal on the next drive, then blocked a punt after Utah committed a false start on fourth-and-1 before Brady Breeze intercepted a pass in the end zone.

Oregon then struck on a 45-yard strike from Justin Herbert to Johnny Johnson III to make it 17-0, got another fourth down stop and led 20-0 at the break.

Utah: The Utes were seeking their biggest win since joining the Pac-12 in 2011. Instead, they had a second straight disappointing performance in the conference title game after losing 10-3 to Washington last year. Now instead of a playoff berth or even a spot in the Rose Bowl, the Utes now must hope to stay high enough in the playoff rankings to get into a New Year’s Six game.

Oregon: The victory left as many questions for the Ducks as answers. Had Oregon not blown a 21-6 second-half lead to Auburn in the opener or come out flat in a 31-28 loss at Arizona State two weeks ago, the Ducks could have been the team with a case for a playoff berth. Instead they will have to settle for the Rose Bowl and laments about what could have been in Herbert’s senior season.

Utah: Bowl game to be determined.

Oregon: The Rose Bowl against a Big Ten team on Jan. 1.