Preview: Clemson, Virginia prepare to square off for ACC title 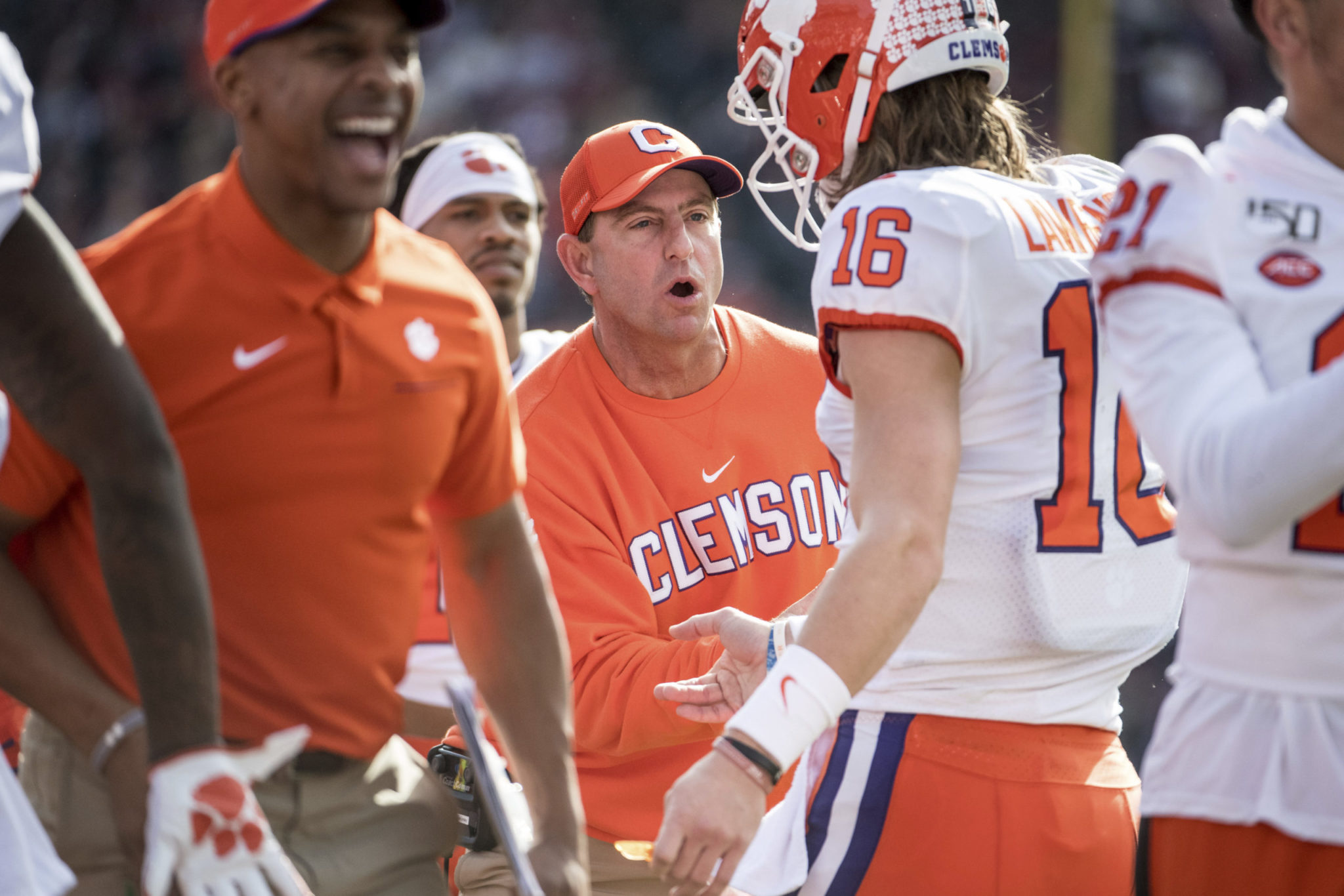 Clemson coach Dabo Swinney is happy his players can finally make the case for themselves that they are a championship-caliber team.

The third-ranked Tigers (12-0; No. 3 CFP) take on No. 22 Virginia (9-3; No. 23 CFP) for the Atlantic Coast Conference championship on Saturday night, knowing a win cements their fifth consecutive appearance in the College Football Playoff.

Swinney has spent much of his year defending his team’s schedule, quarterback Trevor Lawrence’s health and making the case that Clemson is worthy of being in the playoffs with a chance to defend its national title.

“People should spend more on who we are and not on who we so-call play,” Swinney said. “I could understand if we were a new kid on the block, but we’ve been around here for a long time.”


Clemson has won two of the past three national titles and, with a win over Virginia, would become the first program with five straight championship game

“No one has ever done that,” Lawrence said. “That will be a lot of motivation for us. Just the things we set out to do, team goals.”

Lawrence has not worried about outsider opinions, focusing in improving each week as the Tigers close in on the playoffs.

Manuel said earlier in the year Lawrence’s interceptions surprised many who expected the sophomore to be perfect.

“If you win games, if you win championships, that’s how you’re evaluated,” he said.

Lawrence will have plenty of offensive help with tailback Travis Etienne — named the ACC player of the year earlier this week, and receivers Tee Higgins and Justyn Ross, who have combined for 1,568 yards and 17 touchdowns.


“Basically everyone that touches the ball is very skilled, very capable,” Virginia coach Bronco Mendenhall said. “Clemson’s ranking and their success is not accidental.”

Some other things to know about Virginia-Clemson matchup in the ACC championship game:

Clemson QB Trevor Lawrence said the key to handling the big stage is not letting it get too big, and Bronco Mendenhall said he addressed that with his team.

“We have not been on the stage, nor are we pretending that we have and I think just saying that to the team alleviates all this extra stuff. We have not been there. They have. It’s new for us. It’s not new to them. … When we get there, we’ll play football, which is what we know how to do.”

Virginia quarterback Bryce Perkins is among three players this year with at least 2,900 passing yards and 600 rushing yards, joining Oklahoma’s Jalen Hurts and Louisiana-Monroe’s Caleb Evans with that distinction. Perkins leads the ACC in total offense with 3,636 yards.

Clemson’s Dabo Swinney and Virginia’s Tony Bennett have developed a friendship rooted in their national championships. Bennett’s basketball team played at Clemson last January when Swinney and the Tigers were celebrating their national title and the two spoke briefly.

But in March Swinney had an urge to call Bennett in the midst of the NCAA Tournament and tell him the Cavaliers would win a crown of their own. The two have chatted since, although Swinney does not expect to hear from Bennett before the ACC championship game.

Clemson won the first 29 times the two schools played football, but things have been much more even since that run ended in 1989 with the Tigers holding a 9-8-1 edge since. This is the first meeting between the schools since Clemson’s 59-10 victory in 2013.

Swinney’s not the only one seeking respect this season. Virginia linebacker Zane Zandier said people don’t give the Cavaliers much of a chance, even though they were the Coastal Division preseason favorite. “We’re going to try and win the game,”he said. “We’re not just going to sight-see.