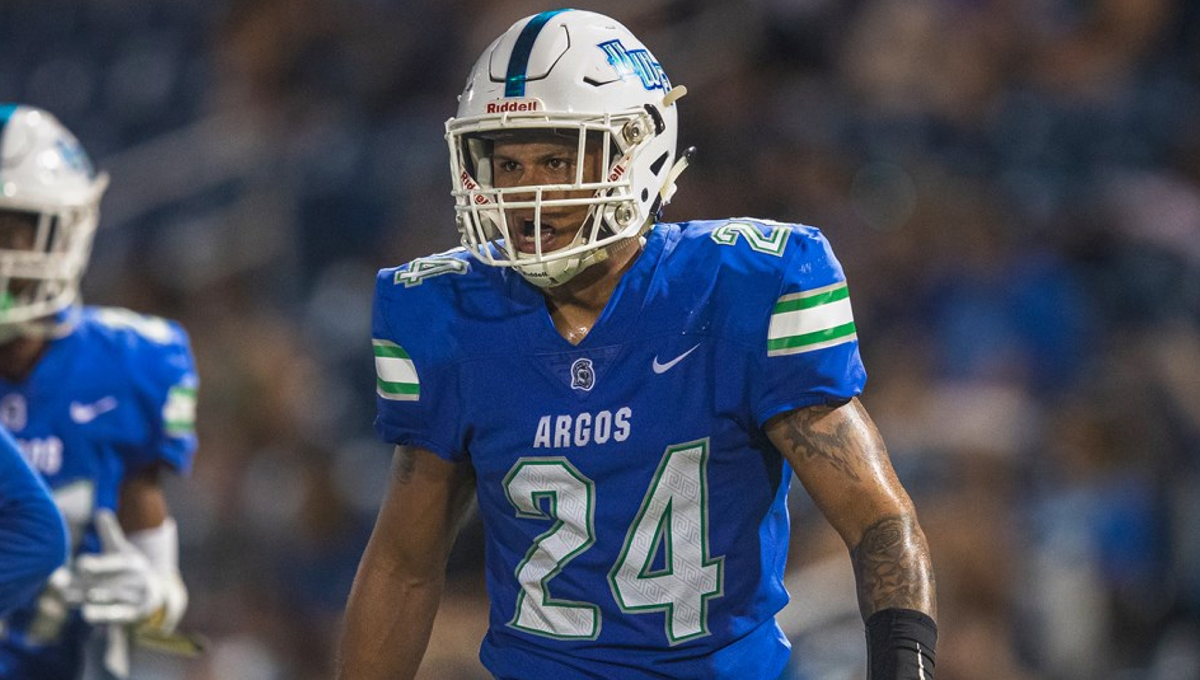 Call them the “Road Warriors.”

Visiting West Florida, which has played all four Div. II playoff games on the road, forced a half-dozen turnovers in stunning second-ranked Ferris State 28-14 in Big Rapids, Mich., late Saturday afternoon to advance to the national championship game next weekend against Minnesota State in McKinney, Texas.

The unseeded and unheralded Argonauts (12-2), who haven’t played at home since Nov. 16 while playing on the road in five of their last six games, trailed 14-7 late in the third quarter before pulling within 14-13 of the Bulldogs on a pair field goals with about eleven minutes remaining in the hard-fought contest.


An interception and fumble recovery by Andre Duncombe, a 6-1, 205-pound linebacker from Miami, and a pair of touchdown passes by redshirt freshman quarterback Austin Reed of St. Augustine — an 18-yard strike to wide receiver Tate Lehtio and a six-yard touchdown pass to redshirt senior Quentin Randolph — in the fourth quarter sparked West Florida’s come-from-behind victory, leaving a frigid and stunned crowd of 3,162 in utter disbelief.

Reed threw for 299 yards and three touchdowns in securing the upset.

Ferris State, last year’s national runner-up to Valdosta State — losing to the Blazers 49-47 in the championship game — finished the season with a 12-1 record.

The well-traveled Argonauts, who defeated Wingate 38-17 on the road in the opening round of the playoffs, took down top-ranked Valdosta State 38-35 in Valdosta, Ga., in the second round and upset previously undefeated Lenoir-Rhyne 43-38 in Hickory, N.C., in last weekend’s quarterfinals, was the national runner-up in 2017, losing to Texas A&M Commerce in that year’s championship game.

No. 3 Minnesota State (14-0) ended eighth-ranked Slippery Rock’s magical season with a 58-15 pummeling of The Rock in the other NCAA Div. II semifinal game at SRU’s Mihalik-Thompson Stadium earlier Saturday.

The Mavericks, who are enjoying a magical season of their own, scored early and often in drubbing their previously undefeated hosts.

Minnesota State struck first when senior tailback Nate Gunn barreled in from five yards out with 10:16 remaining in the opening quarter.  It was the first of three rushing touchdowns for Gunn on the afternoon.  The Mavericks opted for a two-point conversion and pulled ahead 8-0 when sophomore quarterback Brevin Kaiser ran it in from short distance.


The Rock responded quickly, tying the game on a 19-yard touchdown pass from Roland Rivers III to Henry Litwin, capping a 12-play, 73-yard drive.  Slippery Rock also went for two and tied the game at 8-8 with 6:09 remaining in the quarter.

It was all Minnesota State after that as the Mavericks cruised to a seemingly insurmountable 30-8 halftime advantage.

Capitalizing on an interception, Slippery Rock briefly trimmed the Minnesota State lead to 30-15 a little more than six minutes into the second half when Rivers hit Litwin for a five-yard touchdown pass, but The Rock couldn’t get any closer as the Mavericks scored four more times to make a complete rout of it.

Despite the lopsided outcome, both Rivers and Litwin had record-breaking days for SRU.  Rivers, a Valdosta State transfer, tied the NCAA Division II single-season record for touchdowns with 61 on the season and also shattered the Div. II single-season record for points, accounting for 370 this season, while Litwin broke the Slippery Rock program record for receiving yards (1,509) in a single season and the school’s career record for touchdown catches with 29 — all of them, impressively, coming in the last two seasons.

Minnesota State, which advances to next weekend’s championship game against the University of West Florida, out-gained Slippery Rock 463 to 310 in total yards.

Slippery Rock, which was forced to punt nine times in the snowy contest, finished its historic season with a 13-1 mark.