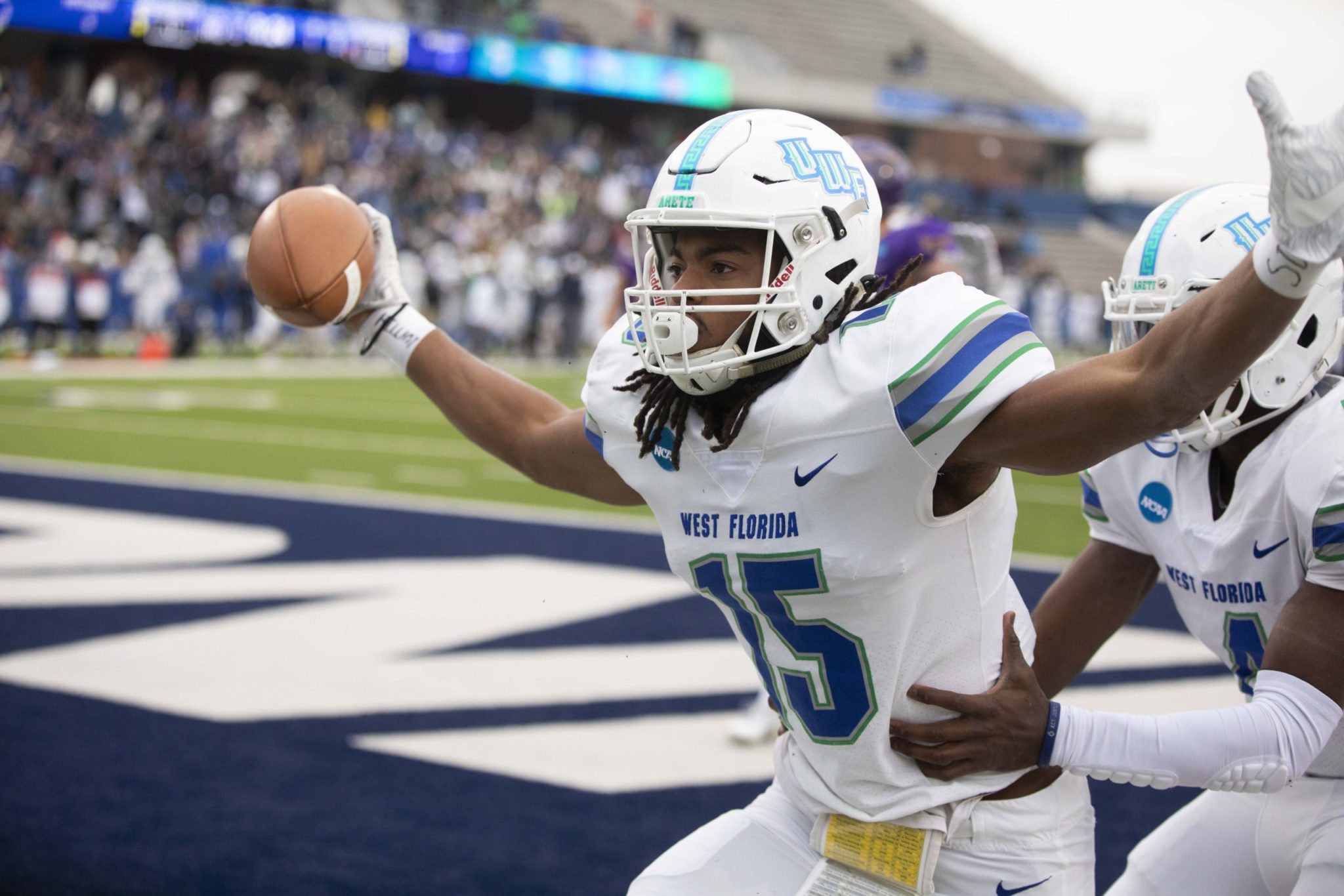 Quarterback Austin Reed set a championship game record for passing yards — and, remarkably, did it in the first half of play — as the University of West Florida (13-2) outscored previously undefeated Minnesota State 48-40 to win the NCAA Div. II football championship in McKinney, Texas, on Saturday.

In a dazzling air display, the redshirt freshman from St. Augustine, Florida, threw for a record 523 yards, including 399 yards in the first half alone.  The previous record was 361 yards, set by Grand Valley State’s Harlon Hill Award winner Curt Anes in a 31-24 victory over Valdosta State in the 2002 championship game.

UWF, which won all of its playoff games on the road before today’s neutral-site championship game in McKinney, including a stunning second-round victory over defending national champion Valdosta State — ending the Blazers 25-game winning streak with a thrilling 38-35 win in Valdosta, Ga.  — became the first team in history to defeat three previously unbeaten teams in the postseason.

It was also the second time that Minnesota State had played for the national championship.  The Mavericks lost to Colorado St.-Pueblo 13-0 in the 2014 title game.

Despite Reed’s breathtaking air assault, Minnesota State, which advanced to this year’s championship game by crushing CSU-Pueblo 35-7, running roughshod over Texas A&M-Commerce 42-21 and trouncing previously unbeaten Slippery Rock 58-15 on the road last weekend, had a chance to tie the game in the waning seconds, but the Mavericks’ 63-yard, game-tying drive stalled at the West Florida 18-yard line with 44 seconds remaining.