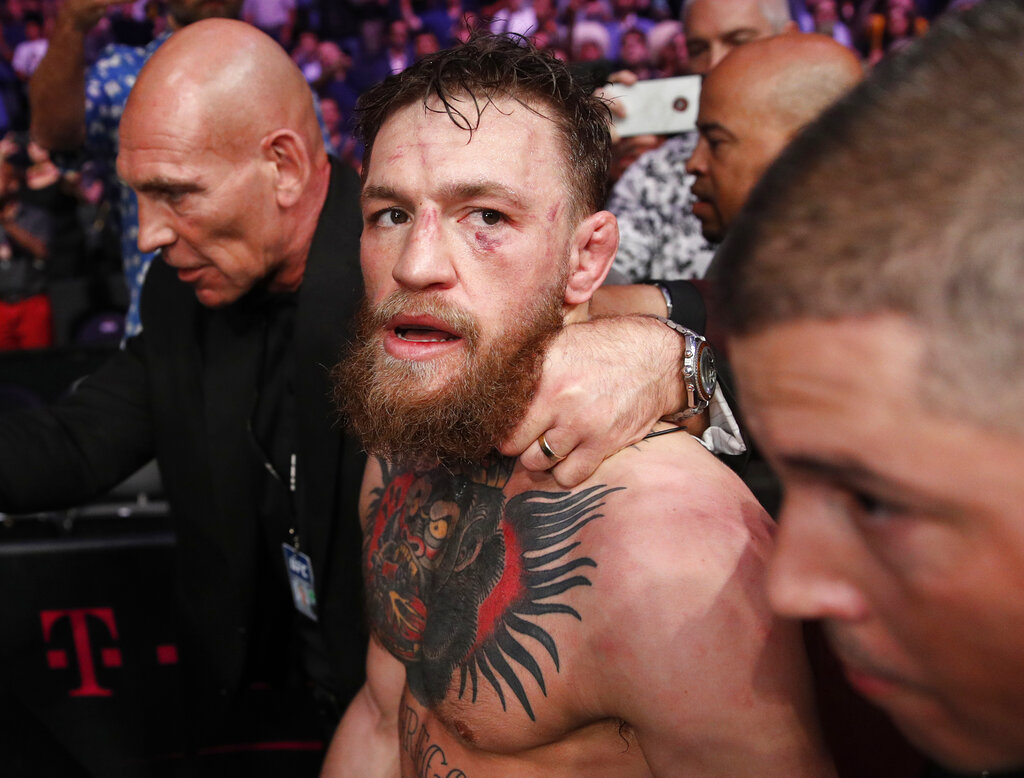 FILE - In this Oct. 6, 2018, file photo, Conor McGregor walks out of the arena after he was defeated by Khabib Nurmagomedov in a lightweight title mixed martial arts bout at UFC 229 in Las Vegas. Superstar UFC fighter McGregor has announced on social media that he is retiring from mixed martial arts. McGregor’s verified Twitter account had a post early Tuesday, March 26, 2019, that said the former featherweight and lightweight UFC champion was making a “quick announcement.”(AP Photo/John Locher, File)

Former UFC champion Conor McGregor is under investigation in his native Ireland on an accusation of sexual assault, four sources told the New York Times on Tuesday.

A woman claimed she was sexually assaulted in December by McGregor, who was arrested in January before being released, pending further investigation. He was not charged at that time, per the usual protocol in criminal investigations in Ireland, the Times reported.

The woman alleges the assault occurred at the Beacon Hotel, located on the edge of Dublin. A source told the Times that McGregor is an occasional guest there, with the most recent visit occurring in December.

Ireland’s police service, Gardia, did not confirm McGregor as the suspect to the Times.

Early Tuesday morning, McGregor posted on his Twitter account, “Hey guys quick announcement, I’ve decided to retire from the sport formally known as ‘Mixed Martial Art’ today. I wish all my old colleagues well going forward in competition. I now join my former partners on this venture, already in retirement. Proper Pina Coladas on me fellas!”

On a Monday night appearance on “The Tonight Show,” McGregor told host Jimmy Fallon that he was in talks for a bout in July.

The 30-year-old lost his most recent bout to Khabib Nurmagomedov at UFC 229 in October. He is currently serving a six-month suspension for his involvement in a post-fight fracas after that bout, but he would be available to fight again beginning April 6.

McGregor (21-4-0, 18 knockouts) has held the UFC’s featherweight and lightweight championships.

He also tweeted his retirement in April 2016 but was back in the Octagon four months later.