Cormier closes in on fighting farewell with mixed feelings

Cormier always told his wife he wouldn’t fight past 40, even when the UFC heavyweight champion knew he could still beat everybody. 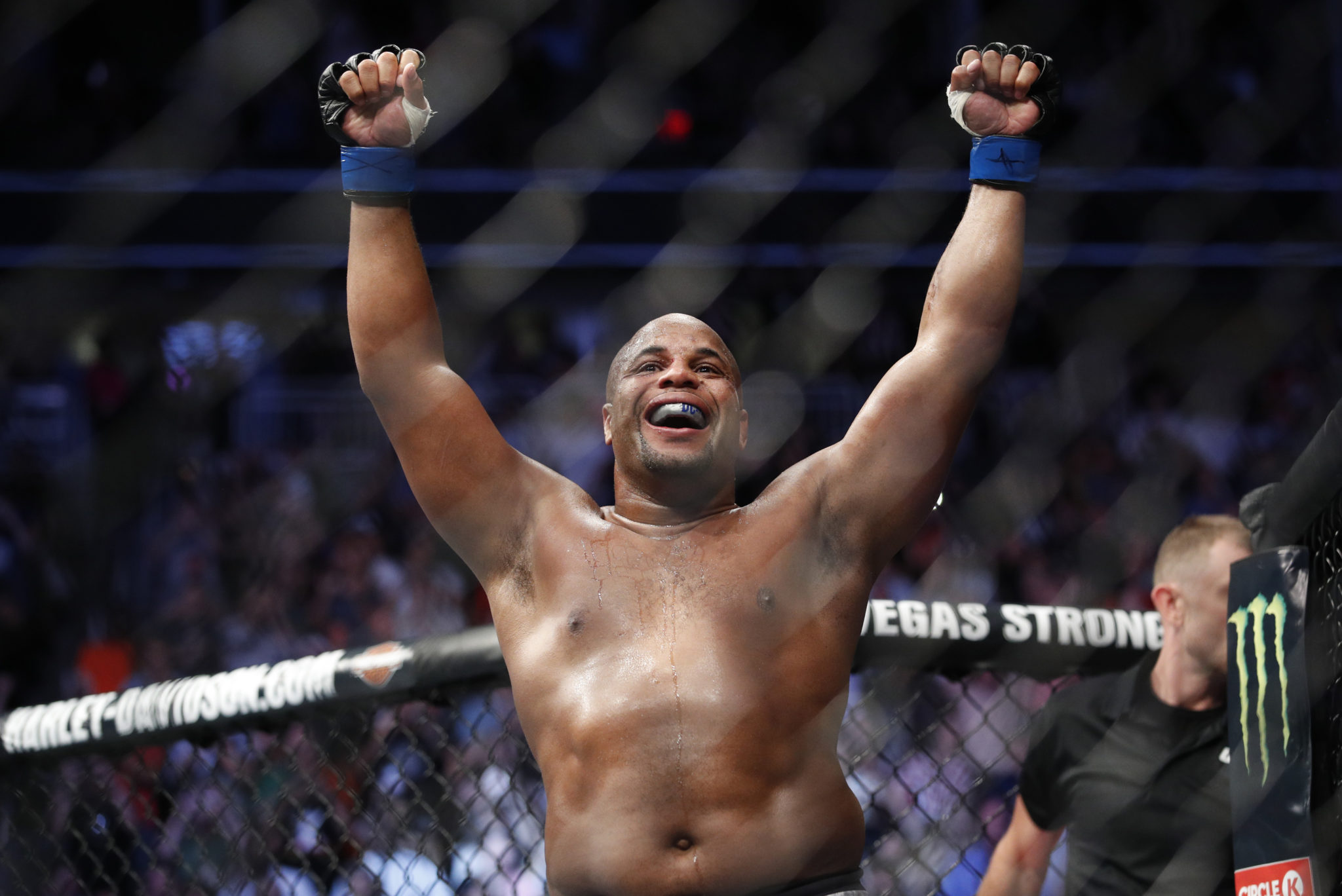 EL SEGUNDO, Calif. — Daniel Cormier has always seemed to have the endgame all figured out.

The UFC heavyweight champion has everything in place for a satisfying, fulfilling life after mixed martial arts.

A loving family. A burgeoning career in broadcasting. Varied business interests, including a couple of Los Angeles barbershops and a poke restaurant in Miami.

Even more impressively, Cormier actually understands how important it is to get out of fighting with his health and finances intact, and he has planned this exit for years.


The fight game is littered with champions who stayed too long and devolved into clichéd palookas. Cormier is determined to avoid the decline, even when all evidence except the calendar suggests he is still at his peak.

“I do know that when I leave this game, it’s going to be tough, because I’ll still be able to compete,” Cormier said. “I’m going to leave this game because I want to value what I leave behind, and I want it to last forever.”

Cormier realizes he went slightly past his long-set deadline of his 40th birthday so he could fight at UFC 241 this weekend. The former two-belt champion insists he won’t stick around much longer, if at all.

Although a third shot at Jon Jones might keep him around for a few months longer, Cormier (22-1, 1 no-contest) easily could be stepping into a cage for the final time Saturday night in Anaheim for his rematch with Stipe Miocic (18-3).

If he walks away, Cormier could serve as a model for future stars navigating the perilous twilights of their careers. He insists he wants to be the guy who did it the right way.


Yet in a relaxing moment this week over a typically healthy lunch of grilled chicken and rice, Cormier doesn’t mind acknowledging this long goodbye is absolutely not as easy as it looks.

“Make no mistake about it: There is worry about when you don’t get to run through the curtain anymore,” Cormier said. “There is worry about not having those moments in the back (of the arena) where you’re like, ‘Aaaaaaah!’ … Even those nerves, those scared nerves, are things that I look forward to. I look forward to that pit in my stomach. That little bit of uncertainty before the competition. It’s the greatest feeling in the world. We worry about guys and drugs? That’s mine. That’s always been my drug: competition. It’s like, what am I going to do without it?”

Cormier turned 40 on March 20. He had always planned to get his last fight in right before that fateful birthday, but two factors conspired against it: Brock Lesnar’s indecision on an MMA comeback for the most lucrative matchup Cormier could possibly get, followed by Cormier’s decision to have back surgery in December.

His recovery took him past the birthday he had been awaiting for years. His body’s initial response served as a reminder of the wisdom of his plan to get out — but he eventually realized 40 isn’t anything like he feared.

“Through three or four weeks, I was like, ‘This is rough,'” Cormier said. “‘I’m way too heavy. I’m not moving well. I’m getting hit more than I need to.’ And then I started to shed some weight and get in shape, and once I did that, it was smooth sailing. I feel like I’m as good as I’ve ever been right now. My back feels good. My cardio feels phenomenal. I feel like I’m still developing.”

When he got his body ready for the big finish, he accepted a rematch with Miocic, the long-reigning heavyweight champ who couldn’t last one full round last summer. Miocic’s strong wrestling and boxing were no match for Cormier, who has never lost to anyone except Jones.


“What I did to him last year was a fairy tale for me, taking him out within one round,” Cormier said. “I don’t think that happens again. I’m preparing for a longer, harder fight.”

But while Cormier is respectful of Miocic, he has one eye on the future, whether it’s retirement or one more shot at Jones.

As befitting a talented broadcaster, Cormier pays attention to the optics of his career. As an avid social media user, he isn’t interested in becoming a meme again, either.

“I have some bad visuals with the crying, but I’ve only got a couple of (bad) visuals,” Cormier said, referring to the tears he shed after losing to Jones. “I don’t want it to become five, six, seven times, because those reactions will stay the same every time I lose, because I know who I am. So I’m going to have to walk away from this thing before I know I can’t compete anymore.”

Cormier knows what he has to do, and he knows how to do it. But even he isn’t exactly sure how he’ll fare against every fighter’s last opponent.

And then, with a smile: “Video games.”