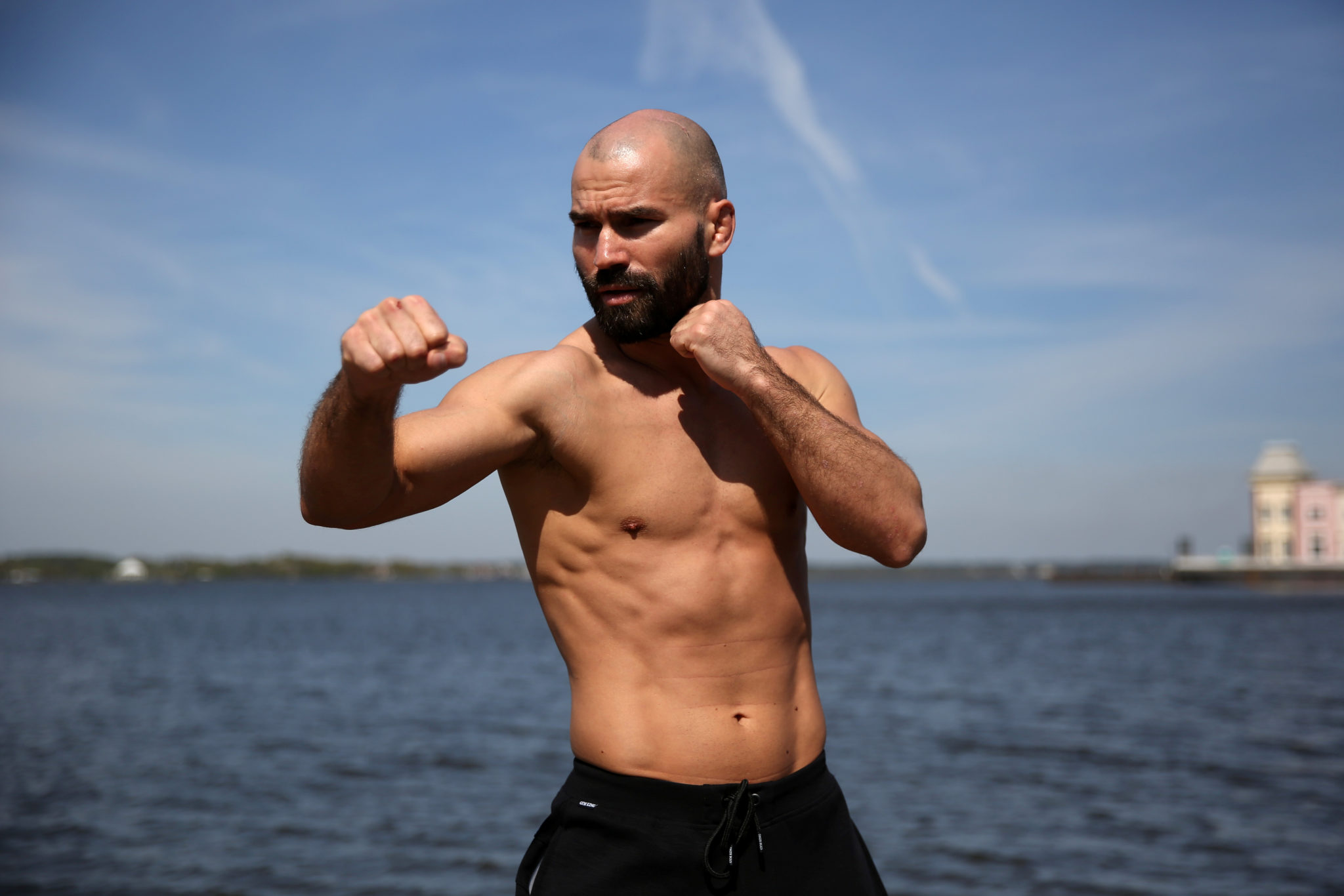 Former UFC fighter Artem Lobov poses for a photograph ahead of his debut for the Bare Knuckle Fighting Championship in Biloxi, Mississippi, U.S. April 3, 2019. REUTERS/Jonathan Bachman

Nicknamed the “Russian Hammer”, Lobov told Reuters he had accepted a big payday from the Bare Knuckle Fighting Championship to fight another UFC veteran, Jason Knight, on a pay-per-view card in Biloxi, Mississippi on Saturday.

“I’d be lying if I didn’t tell you that money was a big factor in signing for Bare Knuckle – we’re prize fighters, and our success is measured by the size of our purse,” he said during a stopover in New York.

Long considered the only realistic professional alternative outside of boxing for combat sports athletes, the UFC is now competing with other mixed martial arts and grappling promotions.

European and Asian promotions are attracting sellout crowds, and the Bellator organization recently signed a large number of British and Irish prospects to try to make inroads in Europe.

They were also on the trail of Lobov when he was released from the UFC in January.

“They made a very nice offer, a lot more than I was getting in the UFC, but it did not match the offer that Bare Knuckle made. With Bare Knuckle, I can also accept other offers as long as it doesn’t interfere with their schedule, so it’s a win-win for me,” the 32-year-old said.

“I get to go in, fight bare-knuckle, make a lot of money, hopefully build a better name for myself and then see what else is out there.”

Though he has a losing professional record of 14 wins and 15 losses, Lobov is hugely popular with fans due to his fearless style of fighting off his front foot and his toughness, with 12 of his MMA losses coming by decision.

Lobov brushes aside the suggestion that bare-knuckle boxing is more primitive than MMA.

“I truly, truly love fighting, so that’s not an issue for me. It’s like saying to a swimmer, ‘Do you mind getting wet?’ Of course not, he’s a swimmer,” he said.

Lobov credits Irishman McGregor, the former UFC featherweight and lightweight champion, with bringing combat sports into the mainstream in the U.S. and enabling him and many others to make a living as fighters.

“In many ways it is thanks to Conor, for sure, and it’s definitely a lot better than before, but the best times are still ahead of us,” Lobov said.

“Ten years ago I fought a top-10 European fighter on four days’ notice for 400 pounds, and to go from that to where I am now, earning six figures for a fight? Certainly, I see the improvements in the sport.”

Though delighted to have a chance to test his boxing without the threat of kicks or takedowns, Lobov will be back in the MMA cage soon.

“I want to improve and to achieve many, many things in MMA, boxing and bare-knuckle boxing.”